The houpo magnolia tree is native to China, where it has been used for thousands of years as a supplement in traditional Chinese medicine.

Though the use of magnolia bark is common in traditional Chinese medicine, you may wonder what current research says about the tree bark.

This article reviews the science-supported benefits and side effects of magnolia bark.

Typically, magnolia bark is bark of the houpo magnolia tree that has been stripped away from it branches and stems to make supplements.

The leaves and flowers from the tree are sometimes used as well.

The bark is particularly rich in two neolignans that are believed to be responsible for its medicinal properties — magnolol and honokiol (, ).

Neolignans are a type of polyphenol micronutrient in plants. Polyphenols are highly valued for their antioxidant levels and believed to offer many health benefits.

Some of the conditions that magnolia bark has traditionally been used to treat include asthma, anxiety, depression, stomach disorders, and inflammation (, ).

The bark, leaves, and flowers of the houpo magnolia tree are used in traditional medicine to treat anxiety, depression, and more. Many benefits of magnolia bark can be attributed to two powerful polyphenols — magnolol and honokiol.

Aside from neolignans, more than 200 chemical compounds have been isolated from the tree ().

These compounds, including magnolol and honokiol, have been studied extensively in recent years for their anti-inflammatory, anticancer, antimicrobial, and antioxidant benefits (, , , , , ).

It’s important to note that the exact mechanisms through which the isolated compounds contribute to these effects are still being investigated.

Here is a closer look at some of the potential benefits of magnolia bark.

May protect against the effects of oxidative stress and inflammation

Oxidative stress and subsequent inflammation are one cause of chronic conditions like diabetes, cancer, heart disease, and neurodegenerative diseases like Alzheimer’s (, ).

Oxidative stress also appears to play a significant role in many changes in the body and mind that accompany aging ().

Polyphenols, such as those found in magnolia bark, have been suggested as a potential therapy to combat the side effects of oxidative stress and inflammation ().

Based on research in mice, some scientists believe that honokiol may help combat aging by increasing antioxidant enzymes and decreasing levels of methane dicarboxylic aldehyde ().

In research, changes in levels of methane dicarboxylic aldehyde are often interpreted as a sign of antioxidant activity.

Research on honokiol has found that it can reduce inflammation in the brain and spinal cord specifically, partly due to its ability to cross the blood-brain barrier ().

This suggests that it has potential as a therapeutic agent for neurodegenerative diseases like Alzheimer’s.

Moreover, oxidative stress is widely believed to contribute to diabetes and its related complications. In a 2016 review, magnolia bark was found to improve high blood sugar levels and diabetic complications in animals ().

May have anticancer properties

Various studies on honokiol support the use of this polyphenol in magnolia bark as a therapy for cancer treatment and prevention.

One way in which honokiol may combat cancer is by helping regulate cell signaling pathways. Given that cancer is a disease characterized by abnormal cell division and growth, the ability to regulate cellular pathways is beneficial ().

A 2019 review study found that honokiol has shown potential to prevent tumor growth in the brain, breast, colon, liver, and skin, among other organs ().

Furthermore, honokiol may not only have anticancer properties itself but also help increase the effectiveness of other anticancer and radiation drug therapies (, ).

Though more rigorous human studies are needed, the polyphenol shows promise as an anticancer therapy in humans ().

Similar to honokiol, studies in animals have shown that magnolol may help control and suppress tumor growth in various organs. Additionally, a test-tube study found that magnolol inhibited the growth of lung cancer cells (, ).

Yet again, clinical studies in humans need to be conducted.

May relieve stress and anxiety

As mentioned, magnolia bark extract appears to have protective effects against many neurological conditions.

This not only includes brain disorders like Alzheimer’s disease but also conditions like stress, anxiety, mood disorders, and depression ().

A study in 40 women ages 20–50 found that taking 250 mg of magnolia and phellodendron bark extract 3 times a day resulted in greater relief of short-term and temporary anxiety than taking a placebo ().

A second study of the same magnolia and phellodendron bark extract in 56 adults observed that consuming 500 mg of the extract per day resulted in significantly lower cortisol levels and improved mood ().

Cortisol is the primary stress hormone in your body. When cortisol levels decrease, it suggests that overall stress has also decreased.

However, the supplement used in these studies contained compounds other than magnolia bark. Therefore, the effects cannot be credited to the tree bark alone.

Lastly, a study in rodents noted that a mixture of honokiol and magnolol caused antidepressant-like effects, including improvements in serotonin levels in the brain and reductions in corticosterone levels in the blood ().

Corticosterone and serotonin each play a role in regulating anxiety, mood, and depression.

The polyphenols in magnolia bark — honokiol and magnolol — have been found to help induce and improve sleep.

Therefore, magnolia bark could be used as a remedy for insomnia or simply to promote better sleep overall.

A study in mice found a magnolol dose of 2.3–0.9 mg per pound (5–25 mg per kg) of body weight significantly decreased sleep latency, or the amount of time it takes to fall asleep ().

Additionally, the magnolol appeared to increase the number of times the mice woke up during sleep but decrease the length of time they were awake.

A second study in mice observed similar outcomes after administering honokiol, which also decreased the amount of time it took the mice to fall asleep and transition into non-REM sleep ().

Magnolia bark’s effects on sleep appear to be closely connected to the activity of the GABA(A) receptors in the central nervous system. This makes sense, as it’s known that GABA(A) receptor activity is closely associated with sleep ().

May improve symptoms of menopause

Some of the benefits of magnolia bark, such as improved sleep and mood, could be especially beneficial for women during menopause ().

A 24-week study in 89 menopausal women experiencing symptoms of sleep and mood alterations were given a supplement containing 60 mg of magnolia bark extract and 50 mg of magnesium daily.

Still, magnolia bark extract was not the only compound examined in this study. Thus, it cannot be said with certainty that the effects were due solely to the magnolia bark.

A similar study in more than 600 menopausal women found that consuming a magnolia bark supplement daily for 12 weeks relieved symptoms of insomnia, irritability, and anxiety ().

Again, note that magnolia bark extract was not the only supplement given in this study.

Nevertheless, magnolia bark appears to be a safe therapy that may help treat menopause symptoms.

Magnolia bark appears to have many potential benefits, including anticancer properties, improved sleep, treatment of menopause symptoms, relief of stress and anxiety, and protection against oxidation and inflammation.

How to take magnolia bark

In traditional Chinese medicine, magnolia bark is often harvested by being peeled or cut away from the tree. The bark then undergoes a process of drying and boiling before it’s infused into a tincture for oral consumption.

Today, magnolia bark extract is readily available in pill form. The supplement can be found at many online and retail stores.

Currently, there are no official recommendations for magnolia bark dosage.

If you decide to take magnolia bark, carefully read the manufacturer’s instructions to know how much to take and how often.

Furthermore, it’s best to speak with your healthcare provider before taking magnolia bark supplements, especially if you’re currently using other supplements or medications.

Magnolia bark extract is readily available in pill form. If you decide to supplement with magnolia bark, carefully follow the manufacturer’s instructions regarding how much to take and how often.

Does magnolia bark have side effects?

A 2018 review of 44 articles on the safety and toxicity of the honokiol and magnolol compounds in magnolia bark determined that the substances are safe for human consumption ().

Some studies have prescribed concentrated magnolia bark extracts for up to 1 year without any observations of adverse effects ().

Moreover, studies in both test tubes and living organisms have demonstrated that magnolia bark extract has no mutagenic or genotoxic properties, meaning there’s a low risk of magnolia bark causing genetic mutations ().

Therefore, as long as magnolia bark is used responsibly, there do not appear to be many risks associated with its use.

One possible concern is its potential to interact with other supplements or medications.

For example, because magnolia bark supplements may promote sleep in some individuals, it’s probably best not to take the supplements in combination with any other type of sedative or sleeping pill.

This is why it’s best to speak with your healthcare provider before taking magnolia bark alone or in combination with other supplements and medications.

Magnolia bark is considered a safe supplement for human consumption. No adverse effects related to magnolia bark or the compounds it contains have been observed.

Magnolia bark is a powerful supplement prepared from the bark, leaves, and flowers of the houpo magnolia tree.

The supplement has been used in traditional Chinese medicine for thousands of years, and current research has confirmed that magnolia bark has many potential benefits for humans.

The supplement can not only help improve sleep, stress, anxiety, and symptoms of menopause but also may have anticancer and antioxidant properties.

Magnolia bark extract can be found at most supplement retailers.

Before supplementing with magnolia bark, check with your medical provider to discuss proper dosage levels and ensure there’s no risk of potential interactions with any medications you’re taking. 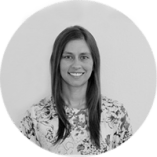