What Is Asafoetida? Benefits, Side Effects, and Uses

Asafoetida (Ferula asafoetida) is the dried sap obtained from the roots of Ferula plants ().

While it’s native to Afghanistan and Iraq, asafoetida is commonly used in Indian cuisine where it’s dried, ground into a spice, and referred to as hing ().

In addition to flavoring food, asafoetida has also been used for centuries around the world for its perceived health benefits (, , ).

This article examines the benefits, downsides, and uses of asafoetida.

Technically a gum-resin, asafoetida is a hard substance that’s extracted from large, carrot-shaped roots of the Ferula plants (, ).

Once extracted, it’s commonly dried, ground into a coarse, yellow powder, and used for either culinary or medicinal purposes.

As a spice, asafoetida is known for its strong, pungent odor, which is due to its high concentration of sulfur compounds. In fact, due to its unpleasant smell, this seasoning is sometimes referred to as stinking gum ().

However, when cooked, its flavor and smell become much more palatable and are often described as being similar to leeks, garlic, and even meat (, ).

In addition to adding a distinct flavor to dishes, asafoetida has been used in traditional medicine for centuries.

For example, in Ayurvedic medicine, hing is used to aid digestion and gas, as well as treat bronchitis and kidney stones. While during the Middle Ages, the dried gum was sometimes worn around the neck to help ward off infection and disease ().

Yet despite being used for thousands of years, many of the traditional uses of asafoetida have not been proven by modern science.

Asafoetida is sulfurous smelling gum-resin that’s extracted from Furula plants. It’s traditionally ground into a powder and used either for its proposed medicinal qualities or as a spice to add a savory flavor to food.

While research is limited, asafoetida may offer some health benefits.

Asafoetida has been found to be a good source of antioxidants (, , 6).

Specifically, asafoetida has been shown to contain high amounts of phenolic compounds, such as tannins and flavonoids, which are known for their potent antioxidant effects (6, ).

While test-tube and animal studies have found asafoetida to exhibit anti-inflammatory and antioxidant activity, more research needs to be done on its potential antioxidant effects in humans (, ).

Additionally, as asafoetida is used in such small amounts when cooking, it’s unclear if culinary use of the spice would still provide these potential benefits to health.

May be good for digestion

One of the most common uses of asafoetida is helping with indigestion ().

In one 30-day study in 43 adults with moderate to severe indigestion, those taking 250 mg capsules containing asafoetida twice a day reported significant improvements in bloating, digestion, and overall quality of life compared with the placebo group ().

This study was funded by the company that produced the supplement, so it may have impacted results.

Asafoetida has also been shown to help boost digestion by increasing the activity of digestive enzymes. Specifically, it may increase the release of bile from the liver, which is needed for the digestion of fat (, ).

While the spice is also frequently used to prevent or reduce gas after eating, there’s currently a lack of research to support this effect.

May help reduce symptoms of IBS

Due to its potential effects on digestion, asafoetida is thought to help reduce symptoms associated with IBS.

Two small studies in adults with IBS found a significant improvement in reported IBS symptoms after 2 weeks of taking asafoetida supplements. Yet another study found no effect of the supplement on IBS symptoms ().

Overall, the research on whether asafoetida may be effective for managing IBS symptoms is quite limited.

However, one less direct way that asafoetida may be beneficial for individuals with IBS is as a substitute for onion and garlic in cooking.

Onion and garlic contain high amounts of fructans — indigestible, fermentable carbs that can cause GI distress in some individuals with IBS (, , ).

As asafoetida provides a flavor similar to onions and garlic, it could be a good option for those who need to avoid or limit their consumption of these high fructan foods.

While studies on asafoetida are quite limited, early research suggests that it may have additional benefits, including:

Overall, while animal and test-tube studies suggest many potential benefits of this pungent spice, there’s currently a lack of evidence in humans to support these claims.

It’s also worth noting that these studies use a concentrated form of asafoetida rather than the amounts typically used when cooking. As a result, culinary use of the spice may have minimal effects.

Asafoetida is rich in antioxidants and may provide multiple health benefits, particularly for digestive health. However, as research is currently limited, studies in humans are needed to confirm these effects.

Potential side effects of asafoetida

While research on the safety of asafoetida in humans is limited, amounts of asafoetida that are typically used in cooking are thought to be generally safe for most individuals.

One study in humans found 250 mg twice per day for 30 days was well tolerated by the participants ().

However, animal studies suggest large doses of asafoetida may cause swelling of the mouth, gas, diarrhea, anxiety, and headaches. Furthermore, a study in mice suggests possible toxicity at doses greater than 455 mg per pound (1,000 mg per kg) of body weight (, ).

Additionally, due to a lack of research, asafoetida isn’t recommended for women who are pregnant or breastfeeding, or young children ().

Because it may lower blood pressure or thin the blood, people on blood pressure medications or blood thinning drugs should avoid asafoetida supplements ().

When used as a spice, asafoetida is often mixed with either wheat or rice flour. As a result, asafoetida (or hing) products may not be gluten-free. This can be a particular concern when dining out at a restaurant that uses hing powder in their dishes.

If you have any questions or concerns, it’s important to consult with your healthcare provider before trying asafoetida.

When used in small amounts for cooking, asafoetida is likely safe for most individuals. However, due to a lack of research, asafoetida may not be safe for women who are pregnant or breastfeeding or when consumed in large doses.

How to use asafoetida

Asafoetida has been used for thousands of years to give flavor to dishes. In fact, ancient Romans used to store it in jars along with pine nuts to be used as a seasoning ().

Today, ground asafoetida powder, often labeled as hing, can be found online as well as at some Indian grocery stores.

If you follow a gluten-free diet, make sure to look for hing powder that’s blended with rice flour instead of wheat.

For culinary uses of hing powder, it’s recommended to incorporate it into hot oil or another source of fat to help reduce its sulfurous flavor and smell.

In Indian cuisine, hing powder is often paired with other spices like turmeric or cumin to provide a savory, umami flavor to lentil- or vegetable-based dishes. In France, it’s sometimes used to add a boost of flavor to steaks ().

As a supplement, asafoetida is available in capsule form. While one study found 250 mg twice per day helped reduce indigestion, overall research on what’s a safe and effective dose is lacking ().

Asafoetida or hing powder can add a savory, umami quality to cooked dishes. While asafoetida is also sold in capsule form as a supplement, there’s currently insufficient evidence on what’s a safe and effective dose.

Asafoetida is a dried plant sap that’s been used for centuries for its potential health benefits and unique flavor.

It has been shown to be a good source of antioxidants. Still, while limited research suggests multiple benefits, particularly for digestive health, there’s a need for more research especially in humans.

Still, when ground into a powder, hing can be a good addition to your spice cabinet. Just a small pinch can add a savory, umami quality to dishes, such as curries, lentil dal, soups, and stews. 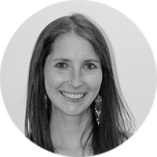