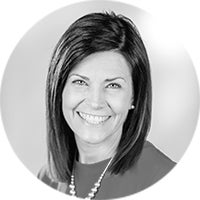 You may be familiar with myrrh from Biblical stories even if you’re not sure what it is.

Myrrh is a reddish-brown dried sap from a thorny tree — Commiphora myrrha, also known as C. molmol — that is native to northeastern Africa and southwest Asia (, 2).

A steam distillation process is used to extract myrrh essential oil, which is amber to brown in color and has an earthy scent (3).

Myrrh has long been used in traditional Chinese medicine and Ayurvedic medicine. Scientists are now testing the oil’s potential uses, including for pain, infections, and skin sores ().

Ancient Egyptians used myrrh and other essential oils to embalm mummies, as the oils not only provide a nice scent but also slow decay. Scientists now know this is because the oils kill bacteria and other microbes ().

Additionally, in Biblical times, myrrh incense — often in combination with frankincense — was burned in places of worship to help purify the air and prevent the spread of contagious diseases, including those caused by bacteria.

In test-tube studies, myrrh oil has strong effects against several infectious bacteria, including some drug-resistant ones (3, , , ).

In one test-tube study, myrrh oil at a low dilution of 0.1% killed all dormant Lyme disease bacteria, which can persist in some people after antibiotic treatment and continue to cause illness ().

Summary Myrrh oil has been used to kill harmful bacteria long before scientists discovered that microbes cause contagious illnesses. It may have an impact on some drug-resistant and Lyme disease bacteria.

Due to its antimicrobial properties, myrrh has traditionally been used to treat oral infections and inflammation ().

Some natural mouthwashes and toothpaste contain myrrh oil, which is approved as a flavoring by the FDA (, 14).

What’s more, when people with Behcet’s disease — an inflammatory disorder — used a myrrh mouthwash to treat painful mouth sores four times daily for a week, 50% of them had complete pain relief and 19% had complete healing of their mouth sores (15).

Test-tube studies suggest that mouthwash containing myrrh oil may also help gingivitis, which is inflammation of the gums around your teeth due to a buildup of plaque ().

Yet, more studies are needed to confirm these benefits.

Keep in mind that you should never swallow myrrh oral-care products, as high doses of myrrh can be toxic (15).

Additionally, if you have oral surgery, it may be best to avoid myrrh mouthwash during healing. A test-tube study found that stitches — especially silk ones — can degrade when exposed to myrrh, though they held up in the doses typically found in mouthwash ().

Traditional uses of myrrh include treating skin wounds and infections. Today, scientists are testing these applications ().

Another study noted that myrrh and other essential oils applied via baths helped mothers heal skin wounds from vaginal deliveries ().

However, multiple oils were used simultaneously in these studies, so the individual effects of myrrh for wound healing are unclear.

Additionally, in one test-tube study, myrrh oil alone inhibited 43–61% of the growth of five fungi that cause skin conditions, including ringworm and athlete’s foot ().

Human research is needed to confirm these benefits. However, if you want to try myrrh for general skin health, many natural ointments and soaps contain it. You can also apply diluted myrrh oil directly on your skin.

Summary Applying diluted myrrh oil on your skin may aid wound healing and fight microbes that can cause infections. The oil may also deter the growth of skin fungi, including ringworm and athlete’s foot.

Pain — such as headaches, joint pain and back pain — is a common complaint.

Myrrh oil contains compounds that interact with opioid receptors and tell your brain you’re not in pain. Myrrh also blocks the production of inflammatory chemicals that can lead to swelling and pain (, 2, , ).

When people prone to headaches took a multi-ingredient supplement containing myrrh’s pain-relieving compounds, their headache pain was reduced by about two-thirds during the six-month study (23).

Further research is needed to confirm these benefits. The supplement tested isn’t available in the US, and ingesting myrrh oil is not recommended.

You can buy myrrh-containing homeopathic rubbing oils and other essential oils meant to relieve pain when applied directly to sore body parts. However, these haven’t been studied.

Summary Myrrh oil contains plant compounds that may temporarily relieve pain by signaling your brain that you’re not in pain. It may also block your body’s production of inflammatory chemicals that lead to swelling and pain.

5. May Be a Powerful Antioxidant

Myrrh may be a powerful antioxidant, a compound that combats oxidative damage.

Oxidative damage from free radicals contributes to aging and some diseases.

A test-tube study found that myrrh oil was more effective than vitamin E, a powerful antioxidant, at fighting free radicals (, 25).

Additionally, in an animal study, myrrh oil helped protect the liver against lead-induced oxidative damage in direct proportion to the amount of myrrh given prior to lead exposure ().

It isn’t known whether inhaling myrrh oil or applying it topically — which are two safe uses of myrrh oil for people — helps protect your body against oxidative damage.

Summary Test-tube and animal studies show that myrrh oil is a powerful antioxidant and even more effective than vitamin E. However, human studies are needed.

You can become infected with parasites from many sources, including pets, sexual activity and contaminated food or water ().

Two common parasitic infections in the US are trichomoniasis, a sexually transmitted disease, and giardiasis, an intestinal infection (, , ).

In a preliminary study, women who failed to respond to standard drug treatment for trichomoniasis were given an oral drug, Mirazid, made of myrrh sap and its essential oil. About 85% of them were cured of the infection ().

Some human research suggests that this myrrh drug also may be effective against the parasite Fasciola gigantica, which can cause liver and bile duct diseases. However, other studies failed to see a benefit (33, , , 36).

Mirazid is not widely prescribed at this time.

Though more research is needed, myrrh and its oil may prove helpful for treating parasites, especially in cases of drug resistance. Ingesting myrrh oil is not advised, and long-term safety must be assessed ().

Summary Preliminary studies suggest that a myrrh-containing medicine may help treat some common parasites, but more research on its effectiveness and safety is needed.

Scientists are testing other potential uses for myrrh oil and its beneficial compounds. The following applications are under study:

Myrrh oil can be inhaled, applied topically, or used for oral care. It should not be swallowed.

Here are some general guidelines:

Due to the risk of skin irritation, it’s best to dilute myrrh oil in a carrier oil, such as jojoba, almond, grapeseed, or coconut oil. This also helps prevent the myrrh oil from evaporating too quickly (45).

You can also add a drop or two of myrrh oil to unscented lotion or moisturizer before you apply it to your skin. Some people add myrrh oil to products used for massage.

Avoid applying the oil to sensitive areas, including your eyes and inner ears. Wash your hands with soapy water after handling essential oils to avoid accidental exposure to delicate areas.

You can add 3–4 drops of myrrh oil to a diffuser to distribute the oil as a fine mist into the surrounding air.

If you don’t have a diffuser, you can simply place a few drops of the oil on a tissue or cloth and inhale periodically or add a few drops to hot water and inhale the steam.

One simple trick is to apply a few drops of myrrh oil to the cardboard tube inside a roll of toilet paper. When someone uses it, a bit of the aroma will be released.

The earthy aroma of myrrh oil blends well with spicy, citrus, and floral essential oils, such as frankincense, lemon, and lavender, respectively.

The combination of myrrh and frankincense is especially popular — not only because of their complementary scents but also because of their synergy, or interaction that produces even greater benefits.

In test-tube studies, combined myrrh and frankincense oils improved their effectiveness against infectious bacteria and other microbes. About 11% of this improvement was due to synergistic interactions of the oils ().

Summary You can apply diluted myrrh oil to your skin, diffuse it, or use it orally. The oil can be used alone or in combination with complementary oils, such as frankincense and lemon.

Like other essential oils, myrrh oil is very concentrated, so you only need a few drops at a time. Avoid diffusing it close to babies and young children, as it’s uncertain how much they’ll inhale and how much is safe.

Additionally, no one should swallow myrrh oil, as it can be toxic (15).

Some people should be especially cautious with myrrh oil and may need to avoid it entirely. Bear this in mind if any of the following conditions apply to you (45, ):

Summary If you’re pregnant, have heart problems, are planning surgery, or take blood thinners or diabetes medications, you may want to limit or avoid myrrh oil.

In addition to its pleasant, warm, and earthy scent, myrrh oil may also have several health benefits.

Studies suggest that it may help kill harmful bacteria, parasites, and other microbes. It may also support oral health, help heal skin sores, and ease pain and swelling.

However, the majority of these studies are in test tubes, animals, or small groups of people, so it’s difficult to make any firm conclusions about its benefits.

If you want to try myrrh oil, dilute it in a carrier oil and apply it to your skin, or diffuse it to inhale the aroma. You can also buy products, such as mouthwash and ointments, that contain the oil.