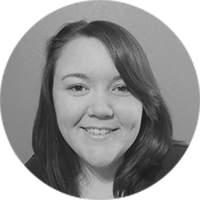 If you choose to avoid caffeine, you’re not alone.

Many people eliminate caffeine from their diet due to negative health effects, religious restrictions, pregnancy, headaches, or other health reasons. Others may simply moderate their intake and stick to just one or two caffeinated drinks per day.

However, you may still want to enjoy a fizzy beverage from time to time. Although many soft drinks on the market are caffeinated, several caffeine-free options are available.

Some of the most prominent soft drinks in the world are Coke, Pepsi, and Dr Pepper. These dark colas — and their diet versions — contain caffeine.

However, caffeine-free versions exist for each of these drinks, including the diet versions.

The only difference in their ingredients and formula is that no caffeine is added, so you can rest assured that the caffeine-free varieties will taste very similar to the originals.

Still, keep in mind that these drinks are often loaded with sugar and artificial flavors.

You should be able to easily find caffeine-free versions of Coke, Pepsi, Dr Pepper, and their diet spin-offs.

Unlike dark colas like Coke and Pepsi, clear sodas are typically colorless — or light enough in color that you can see through them.

They do not contain phosphoric acid, which gives dark soft drinks their deep brown hue ().

There are several varieties of clear soda, most of which are caffeine-free.

Lemon-lime sodas are citrus-flavored and usually caffeine-free. Well-known lemon-lime sodas include Sprite, Sierra Mist, 7 Up, and their diet versions.

Ginger ale is a ginger-flavored soda often used in mixed drinks or as a home remedy for nausea. It’s naturally caffeine-free ().

While most ginger ales are artificially flavored, the Canada Dry brand uses real ginger extract to flavor its drink. Smaller companies may also use natural flavors, or even whole ginger root, so check the ingredient list if you’re unsure.

Another well-known ginger-ale manufacturer is Schweppes. Both Canada Dry and Schweppes provide a diet option, both of which are caffeine-free.

Carbonated water, which is always free of caffeine, includes seltzer water, tonic water, club soda, and sparkling water. Some are consumed on their own, while others are used to make mixed drinks.

Seltzer water is plain water that has been carbonated, while tonic water is carbonated and infused with minerals and added sugar.

Meanwhile, club soda is carbonated and contains minerals and added quinine, a compound isolated from cinchona tree bark that gives it a slightly bitter taste ().

Any of these drinks may also be sold flavored and sweetened, usually with a zero-calorie sweetener. These varieties are also caffeine-free.

A few other sodas are typically caffeine-free, although these generally pack plenty of sugar and artificial flavors.

Root beer is a dark, sweet soda traditionally made from the root of the sassafras tree, which gives it its distinct, earthy kick. However, the vast majority of root beer sold today is artificially flavored.

While most root beers (and their diet versions) are caffeine-free, Barq’s regular root beer contains caffeine — though its diet spin-off does not.

Cream soda is made to mimic the creamy flavors of vanilla ice cream.

Cream soda comes in two varieties — classic, which is amber-hued, and red cream soda, which is bright red. They taste very similar and are caffeine-free.

Fruit sodas come in many flavors, though the most common include grape, orange, and grapefruit.

Most fruit sodas are caffeine-free, except for the orange sodas Sunkist and Diet Sunkist.

How to identify caffeine-free sodas

In addition to the sodas discussed above, many other types exist. If you want to know whether your favorite pop contains caffeine, there’s a hard-and-fast way to tell.

In the United States, sodas that contain caffeine are legally required to disclose this information on the label. Even so, manufacturers often leave out the amount of caffeine ().

Look for the statement “contains caffeine” near the nutrition facts label or ingredient list. If the label doesn’t mention caffeine, it’s safe to assume that your soda is caffeine-free ().

In addition, many caffeine-free sodas are marketed as such to appeal to people who avoid this stimulant.

In the United States, sodas that contain caffeine must state so on the label. Caffeine-free sodas will not have this disclosure.

Although many soft drinks contain caffeine, several caffeine-free alternatives are available in a wide range of flavors across different brands.

Still, many of these are loaded with sweeteners like high-fructose corn syrup and various additives. If you watch your intake of these substances, you may want to try carbonated water instead.