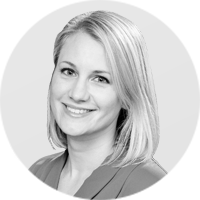 If you have rheumatoid arthritis (RA), you’re all too familiar with the kind of pain and joint stiffness that can make even getting out of bed in the morning a struggle.

Enbrel and Humira are two drugs that might help. Take a look at what these drugs do and how they stack up against each other.

Basics on Enbrel and Humira

Enbrel and Humira are prescription drugs used to treat RA.

Both of these drugs are tumor necrosis factor (TNF) alpha inhibitors. TNF alpha is a protein made by your immune system. It contributes to inflammation and joint damage.

Enbrel and Humira block the action of TNF alpha that leads to damage from abnormal inflammation.

Current guidelines don’t recommend TNF inhibitors as a first-line therapy for RA. Instead, they recommend treatment with a DMARD (such as methotrexate).

Besides RA, both Enbrel and Humira also treat:

Drug features side by side

Enbrel and Humira work in the same way to treat RA, and many of their features are the same.

Guidelines don’t express preference for one TNF inhibitor over the other, due to a lack of convincing evidence that one is more effective than the other.

The following table highlights the features of these two drugs:

You may find that the Enbrel SureClick Autoinjector and Humira prefilled pens are easier and more convenient to use than prefilled syringes. They require fewer steps.

People will typically see some benefits of either drug after 2 to 3 doses, but an adequate trial of the drug is about 3 months to see their full benefit.

How each person responds to either drug will vary.

Enbrel and Humira are stored the same way.

Both should be kept in the original carton to protect from light or physical damage. Other storage tips are seen below:

Enbrel and Humira are only available as brand-name drugs, not generics, and they cost about the same.

The website GoodRx can give you a more specific idea about their current, exact costs.

Your pharmacy can actually help you with the paperwork if authorization is needed.

Most pharmacies carry both Enbrel and Humira. However, it’s a good idea to call your pharmacy in advance to make sure your drug is in stock.

Biosimilars are available for both drugs. Once they become available, biosimilars may be more affordable than the original brand name drug.

The biosimilar of Enbrel is Erelzi.

Two biosimilars of Humira, Amjevita and Cyltezo, have been approved by the U.S. Food and Drug Administration (FDA). However, neither is currently available for purchase in the United States.

Amjevita became available in Europe in 2018, but it’s not expected to hit U.S. markets until 2023.

Enbrel and Humira belong to the same drug class. As a result, they have similar side effects.

Some of the more common side effects include:

More serious side effects can include:

One of 177 people did find that adalimumab, or Humira, users were over three times as likely to report injection/infusion-site burning and stinging after six months of treatment.

Always let your doctor know about all medications, vitamins, or herbs you’re taking. This can help your doctor prevent possible drug interactions, which can change the way your drug works.

Interactions can be harmful or prevent the drugs from working well.

Enbrel and Humira interact with some of the same drugs. Using either Enbrel or Humira with the following vaccines and drugs increases your risk of infection:

Use with other medical conditions

If you have hepatitis B virus infection, taking Enbrel or Humira could activate your infection. That means you could start to experience hepatitis B symptoms, such as:

The active infection can also lead to liver failure and death. Your doctor will test your blood to make sure you don’t have hepatitis B before you receive either of these drugs.

Enbrel and Humira are very similar drugs. They’re equally effective at relieving the symptoms of RA.

However, there are slight differences, some of which might make one more convenient for you to use.

For instance, Humira can be taken every other week or weekly, while Enbrel can only be taken weekly. You may also find that you prefer certain applicators, such as pens or autoinjectors. That preference may determine which medication you choose.

Knowing a little more about these two drugs can help you talk with your doctor to find out if either of them is an option for you.