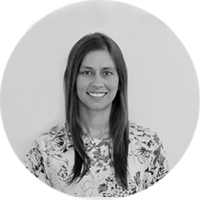 Feta, a flavorful creamy cheese cured in brine, is a staple in Greek cuisine and the Mediterranean diet.

Many people enjoy it in salads, on sandwiches, or even served alone as table cheese or as part of a cheese platter.

Still, you may wonder what type of milk feta is generally made of.

This article takes a close look at feta cheese, detailing the types of milk it contains and explaining how it compares to goat cheese.

How feta is made

Feta made and sold in the European Union (EU) is listed under the Protected Designation of Origin (PDO) indication which ensures that any product listed as “feta” contains at least 70% sheep’s milk and no more than 30% goat’s milk (, ).

However, this protection doesn’t apply to feta cheese produced and sold outside the EU. Therefore, feta produced in the United States and other countries could be made from cow’s milk or a combination of milks.

Feta cheese is made by adding lactic acid bacteria to milk to sour the milk and initiate fermentation. Next, rennet enzymes are added to the milk to separate solid milk curds from the whey — a liquid protein that’s a byproduct of cheese production.

After 24 hours, the feta blocks are removed from the molds, salted, and placed into wooden or metal containers for aging.

A few days later, the feta blocks are once again transferred into new containers that contain a liquid salty brine. The feta remains in the liquid brine to age for at least another 2 months or sometimes longer.

Feta is made by separating and curing curds from milk using bacteria and enzymes. Traditional feta is made from 100% sheep’s milk or a combination of sheep’s milk and up to 30% goat’s milk, but feta produced outside the EU may also contain cow’s milk.

Nonetheless, both feta and goat cheese are typically white cheeses with a creamy mouthfeel.

Feta has a nuttier smell and a taste that’s tangy and salty, likely due to the brine curing process it undergoes. Goat cheese has a stronger earthy aroma with a flavor that’s tart and bold.

Feta cheese is shaped into blocks during production and sometimes has small shallow holes throughout, creating a slightly grainy texture. The cheese doesn’t have any type of rind or skin surrounding it.

On the other hand, goat cheese is often shaped into a log, a wheel, or cut into a triangular block. The cheese may or may not have an edible rind.

How hard or soft feta is can vary. Hard feta should crumble easily while a soft feta will be more spreadable.

Goat cheese also varies in how hard or soft, and stiff or crumbly it is.

These similarities between feta and goat cheese sometimes cause them to be mistaken for one another.

In general, cheese is a good source of nutrients like protein and calcium.

Some cheese is also rich in fatty acids, including conjugated linoleic acid (CLA) — a group of fats that research suggests may have benefits, including prevention of heart disease and a reduction of body fat (, ).

Both feta and goat cheeses may contain CLA. However, the production processes used and the length of time for which the cheeses are ripened and aged may affect how much CLA is retained in the final product (, ).

Moreover, many of the nutritional facts of cheese are influenced by small changes in production like the type of milk and salting methods used.

Still, feta and goat cheese can each make for a healthy and nutritious snack.

The following table is a brief overview of the differences in feta and goat cheese nutrition for one small 1.3-ounce (38-gram) wedge of cheese (, ).

The best way to determine the type of feta you’re buying is to look closely at the packaging label and the ingredients used to make the cheese.

Many feta cheeses will also state outright what type of milk was used to make the product on the front label. For others, you may need to look more closely at the ingredient list on the back of the package.

If you’re purchasing fresh cheese from a cheese shop, it’s best to check with an employee if you’re unsure about the type of cheese you’re buying.

Closely reading the packaging label and the ingredient list, or checking with an employee, is the best way to determine what type of milk was used to make feta cheese.

Feta is a creamy and delicious white cheese that can be a healthful snack or addition to meals.

The cheese is cured in a salty brine and is rich in a few beneficial nutrients.

Although some feta may contain a small amount of goat’s milk, feta made with sheep’s milk will deliver the most authentic feta experience.