What Is Vitamin D Milk Good For?

When you buy a carton of milk, you may notice that some brands state on the front of the label that they contain vitamin D.

In reality, almost all pasteurized cow’s milk, as well as many brands of milk alternatives, have vitamin D added. It’s required to be listed on the ingredient label but not necessarily on the front of the carton.

Vitamin D has many important health benefits, and drinking vitamin D fortified milk is an easy way to help meet your needs.

This article reviews why most milk has added vitamin D and why that might be good for you.

With the exception of fatty fish like salmon, which contains 447 IU in a 3-ounce (85-gram) serving, very few foods are good sources of vitamin D. Instead, most vitamin D is made in your body when your skin is exposed to the sun (2).

Many people don’t meet the recommendations for vitamin D. In fact, one study found that 25% of Canadians don’t meet their needs through diet alone ().

People who live in northern latitudes where sunshine is limited in the winter, as well as those who don’t spend much time in the sun, often have lower blood levels of vitamin D (, ).

Other factors, such as having obesity or underweight, being physically inactive, and having certain genetic mutations, can also put you at risk of having lower vitamin D levels ().

Taking a supplement and using fortified foods like vitamin D milk are good ways to increase your intake and blood levels of vitamin D.

You get vitamin D from sun exposure and your diet. However, many people don’t get the recommended amount from their diet. Eating fortified foods like vitamin D milk can help close the gap.

Why milk has vitamin D added

In some countries, including Canada and Sweden, vitamin D is added to cow’s milk by law. In the United States, it’s not mandated, but most milk manufacturers add it voluntarily during milk processing ().

It has been added to cow’s milk since the 1930s when the practice was implemented as a public health initiative to reduce rickets, which causes poor bone development and deformities in children ().

The combination of calcium and vitamin D also helps prevent and treat osteomalacia, or soft bones, which accompanies rickets and can affect older adults (, ).

The Food and Drug Administration (FDA) allows manufacturers to add up to 84 IU per 3.5 ounces (100 grams) of vitamin D3 to both cow’s milk and plant-based milk alternatives ().

Studies in Finland, where vitamin D milk has been mandatory since 2003, found that 91% of milk drinkers had vitamin D levels at or above 20 ng/ml, which is considered sufficient according to the Institute of Medicine (, ).

Prior to the fortification law, only 44% had optimal vitamin D levels (, ).

Vitamin D milk is enhanced with vitamin D during processing. This vitamin is added because it works with the calcium in milk to strengthen your bones. Drinking vitamin D milk can also help boost your vitamin D levels.

Drinking milk that contains both calcium and vitamin D is recommended as a way to strengthen your bones and prevent rickets and osteomalacia ().

However, large studies don’t show that it helps prevent osteoporosis, which is characterized by a thinning of the bones, or bone fractures in older adults (, ).

Still, having higher levels of vitamin D is linked to important health benefits — and they extend beyond improved bone health.

Vitamin D is needed for proper cell growth, nerve and muscle function, and a healthy immune system. It likewise helps reduce inflammation, which is thought to contribute to conditions like heart disease, diabetes, autoimmune diseases, and cancer (2).

Studies that have compared vitamin D levels with disease risk suggest that having lower blood levels of the vitamin is linked to a higher risk of a wide range of chronic diseases, while having adequate or higher levels seems to result in a lower risk ().

People who have higher levels of vitamin D tend to have less severe metabolic syndrome and a lower risk of heart disease ().

A study in nearly 10,000 people found that those who got more vitamin D from supplements or diet — including fortified milk — had higher blood levels of the vitamin, less stiffness in their arteries, and lower blood pressure, triglyceride, and cholesterol levels ().

Because vitamin D plays a major role in healthy cell division, development, and growth, it’s thought that it may also play a role in preventing the growth of cancer cells.

Research that looked at vitamin D levels and cancer risk in 2,300 women over the age of 55 found that blood levels greater than 40 ng/ml were associated with a 67% lower risk of all types of cancer ().

Furthermore, Australian scientists who followed 3,800 adults for 20 years found the same benefit for breast and colon cancer, but not all types of cancer ().

Though these studies looked only at vitamin D levels and not how the vitamin was obtained, a review of studies investigating the link between dairy milk and cancer found that it was protective against colorectal, bladder, stomach, and breast cancer ().

Low vitamin D levels are often observed in those with autoimmune diseases, including: ()

It’s unclear whether low levels trigger or are a result of autoimmune disease, but some research suggests that getting more vitamin D in your diet may help prevent or manage these conditions.

Interestingly, some research on type 1 diabetes suggests that children who get more vitamin D early in life are at a lower risk of this condition ().

Additionally, taking supplemental doses of vitamin D has been shown to improve symptoms and slow the progression of some autoimmune diseases like psoriasis, multiple sclerosis, rheumatoid arthritis, and autoimmune thyroid disease (, , , ).

In addition to helping maintain bone health, vitamin D plays many important roles in your body. Getting more vitamin D from fortified milk or other sources may help reduce your risk of heart disease, cancer, and autoimmune diseases.

The amount of vitamin D in milk

For the most part, dairy and plant-based milks that are fortified with vitamin D contain similar levels of the vitamin.

Milk that’s not fortified with vitamin D, as well as human breast milk, are very low in the vitamin, so those who drink these unfortified milks should try to get their vitamin D from oily fish or a supplement.

The risk of getting too much vitamin D from fortified milk is extremely low.

Vitamin D toxicity occurs when more than 150 ng/ml of the nutrient are present in your blood, which generally only happens in people who take high doses of vitamin D in supplemental form over a long period without regularly having their blood levels checked ().

All processed dairy milk and many milk alternatives are fortified with about 100 IU of vitamin D per serving. Raw milk has nothing added to it, so it’s inherently very low in vitamin D.

While not all milk manufacturers list so on the front label, almost all processed dairy milk is enriched with vitamin D.

In the United States, it’s not mandatory to add it to milk, but most producers add about 100 IU of vitamin D to each 1-cup (237-ml) serving. Some countries like Canada do mandate that milk is fortified.

Drinking vitamin D can help boost your levels of the vitamin, which is important for bone health. Plus, it may reduce your risk of chronic illness, including heart disease, cancer, and autoimmune conditions. 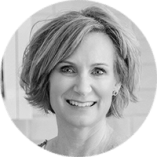