Honeybush Tea: Benefits and Side Effects

The tea is made by steeping dry honeybush leaves in boiling water, and it has gained worldwide popularity due to its several medicinal and therapeutic properties.

This article reviews the potential benefits and downsides of drinking honeybush tea.

What is honeybush tea?

Honeybush, or Cyclopia spp., is a shrub that grows in the Eastern and Western Cape regions of South Africa.

It’s closely related to rooibos, as both plants belong to the Fabaceae family (2).

There are about 23 different Cyclopia species. Honeybush tea is made primarily from Cyclopia intermedia (, ).

This woody plant can grow up to 10 feet (3 meters) high. It has pale yellow flowers with a characteristic sweet, honey-like scent and taste, which is where the tea gets its name from (2, ).

That said, honeybush tea isn’t just another sweet-tasting tea. It’s also caffeine-free, nutritious, and contains very small amounts of a variety of minerals, including calcium, iron, and zinc, as well as beneficial plant compounds that have antioxidant activity (, ).

You may enjoy a warm cup of this tea as part of your nighttime routine, or pour it into an ice-filled glass to make iced tea.

Honeybush tea is a naturally sweet tea indigenous to South Africa. It’s caffeine-free with a honey-like aroma and taste.

Honeybush tea has been used to treat multiple ailments since the beginning of the 19th century. Most of its potential health effects are linked to its antioxidant content ().

Honeybush tea is rich in a group of antioxidants called polyphenols, namely xanthones and flavanones (, , ).

The main type of xanthone in honeybush extract is mangiferin, while the primary flavanones are hesperidin and isokuranetin ().

Both mangiferin and hesperidin are attributed with potent anti-inflammatory and cancer-fighting effects. It’s likely that these compounds are responsible for most of the tea’s presumed benefits (, , ).

May have antidiabetic properties

Diabetes is one of the most common global diseases, affecting more than 400 million people worldwide ().

It’s broadly classified into type 1 and type 2 diabetes, both of which are characterized by high blood sugar levels due to impaired pancreatic function. This can be due to reduced insulin production or low insulin secretion and insulin resistance.

Test-tube and animal studies investigating the antidiabetic effects of mangiferin show that it may help lower blood sugar levels by stimulating insulin secretion and promoting the regeneration of damaged pancreatic cells (, , ).

As for hesperidin, animal studies suggest that it helps lower blood sugar levels by regulating key enzymes involved in sugar metabolism, as well as by protecting the pancreas from oxidative damage (, ).

It’s also worth noting that both mangiferin and hesperidin may help prevent the progression of diabetes-related complications, such as kidney and nerve damage (, ).

Through bone resorption, osteoclasts break down bone tissue to release minerals into the bloodstream. In contrast, osteoblasts form new bone through bone synthesis. When bone loss exceeds formation, the risk of bone diseases like arthritis and osteoporosis is increased ().

Fortunately, test-tube studies suggest that mangiferin and hesperidin, which are both found in honeybush tea, may benefit bone metabolism.

May have cancer-fighting properties

Test-tube and animal studies suggest that antioxidants in the tea may help destroy cancerous cells, protect against cancer-promoting toxins, and inhibit the development of certain types of cancer (, , ).

Among these antioxidants, mangiferin seems to have the strongest anticancer potential, as it may inhibit the initiation, promotion, and spread of cancer cells (, ).

However, it’s worth noting that fermentation — a process common in tea production — may lower tea’s antioxidant content (although this depends on the type of tea and fermentation process), thus reducing its protective effect (, , ).

For example, one study in rats found that unfermented honeybush tea reduced total esophageal cancer size by 94%, compared with 74% observed with a fermented version ().

While research on the tea’s cancer-fighting properties is promising, human studies are needed.

Additionally, animal studies show that the extract may help reduce skin thickening and signs of sunburn, such as skin reddening and peeling (21, ).

While these benefits may seem promising, most of the research focuses on the plant’s antioxidants and concentrated extracts rather than the tea itself. It’s unclear how much of these compounds a cup of tea may hold and whether drinking it would offer the same benefits.

The antioxidants in honeybush tea grant it a wide range of health benefits, including improved bone and skin health, as well as antidiabetic and anticancer properties.

Side effects and precautions

There are currently no reported side effects of drinking honeybush tea.

That said, there have been reports of microbial contamination during the fermentation process — though steeping the tea in at least 140°F (60°C) water should ensure its safety for consumption ().

Additionally, it’s best to consult your health care provider before drinking the tea, as it may interact with drug-metabolizing enzymes and affect the therapeutic window of drugs. It may also affect the bioavailability of other dietary antioxidants ().

Lastly, given the lack of research on its side effects, pregnant and breastfeeding women should avoid drinking it.

There are currently no known side effects of drinking honeybush tea. However, it may interfere with drug-metabolizing enzymes and alter drugs’ effects.

Honeybush tea is a caffeine-free herbal infusion similar to rooibos tea. It has been used for its medicinal properties for centuries.

Its antioxidants — namely mangiferin and hesperidin — confer it a variety of health benefits, including antidiabetic and cancer-fighting properties, as well as improved bone and skin health.

While there are currently no reported side effects of the tea, it may interfere with the metabolism of certain drugs. Thus, be sure to consult your healthcare provider before trying it out.

You may enjoy a warm cup of this honey-tasting tea on cold days, or an iced version during the summer. 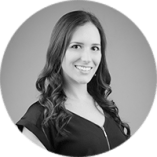