How Many Carbs Should You Eat If You Have Diabetes? 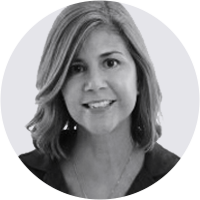 Figuring out how many carbs to eat when you have diabetes can seem confusing.

Dietary guidelines from around the globe traditionally recommend that you get around 45–60% of your daily calories from carbs if you have diabetes (, ).

However, a growing number of experts believe that people with diabetes should eat far fewer carbs. In fact, many recommend less than half of this amount.

This article tells you how many carbs you should eat if you have diabetes.

What are diabetes and prediabetes?

Glucose, or blood sugar, is the main source of fuel for your body’s cells.

If you have either type 1 or type 2 diabetes, your ability to process and use blood sugar is impaired.

In type 1 diabetes, your pancreas is unable to produce insulin, a hormone that allows sugar from your bloodstream to enter your cells. Instead, insulin must be injected.

This disease is caused by an autoimmune process in which your body attacks its insulin-producing cells, which are called beta cells. While it’s usually diagnosed in children, it can start at any age — even in late adulthood ().

Type 2 diabetes is more common, accounting for about 90% of diagnoses. Like type 1, it can develop in both adults and children. However, it isn’t as common in children and typically occurs in people with overweight or obesity.

In this form of the disease, your pancreas either doesn’t produce enough insulin or your cells are resistant to insulin’s effects. Therefore, too much sugar stays in your bloodstream.

Over time, your beta cells can degrade as a result of pumping out more and more insulin in an attempt to lower blood sugar. They can also become damaged from high levels of sugar in your blood ().

Diabetes can be diagnosed by an elevated fasting blood sugar level or an elevated level of the marker glycated hemoglobin (HbA1c), which reflects blood sugar control over 2–3 months ().

Before type 2 diabetes occurs, blood sugar levels are elevated but not high enough to be diagnosed as diabetes. This stage is known as prediabetes.

While not everyone with prediabetes develops type 2 diabetes, it’s estimated that approximately 70% will eventually develop this condition ().

What’s more, even if prediabetes never progresses to diabetes, people with this condition may still be at an increased risk of heart disease, kidney disease, and other complications related to high blood sugar levels ().

Many factors, including exercise, stress, and illness, affect your blood sugar levels.

That said, one of the largest factors is what you eat.

Of the three macronutrients — carbs, protein, and fat — carbs have the greatest effect on blood sugar. That’s because your body breaks down carbs into sugar, which enters your bloodstream.

However, whole foods contain fiber. Unlike starch and sugar, naturally occurring fiber does not raise blood sugar levels and may even slow this rise.

Given that they’re unable to produce insulin, people with type 1 diabetes need to inject insulin several times a day, regardless of what they eat. However, eating fewer carbs can significantly reduce their mealtime insulin dosage.

Your body breaks down carbs into sugar, which enters your bloodstream. People with diabetes who eat a lot of carbs require insulin or medication to keep their blood sugar from rising too much.

Many studies support the use of carb restriction in people with diabetes.

Very low carb diets typically induce mild to moderate ketosis, a state in which your body uses ketones and fat, rather than sugar, as its main energy sources.

Ketosis usually occurs at a daily intake of fewer than 50 or 30 grams of total or digestible carbs (total carbs minus fiber), respectively. This equates to no more than 10% of calories on a 2,000-calorie diet.

Very low carb, ketogenic diets have been prescribed for people with diabetes even before insulin was discovered in 1921 ().

For instance, in a study in people with obesity and diabetes, limiting carbs to 21 grams per day for 2 weeks led to a spontaneous decrease in calorie intake, lower blood sugar levels, and a 75% increase in insulin sensitivity ().

In a small, 3-month study, people consumed a calorie-restricted, low fat diet or a low carb diet containing up to 50 grams of carbs per day.

The low carb group averaged a 0.6% decrease in HbA1c and lost over twice as much weight as the low fat group. What’s more, 44% of them discontinued at least one diabetes medication, compared with 11% of the low fat group ().

In fact, in several studies, insulin and other diabetes medications have been reduced or discontinued due to improvements in blood sugar control (, , , , , ).

Diets containing 20–50 grams of carbs have also been shown to lower blood sugar levels and reduce the risk of disease in people with prediabetes (, , ).

In a small, 12-week study, men with obesity and prediabetes ate a Mediterranean diet limited to 30 grams of carbs per day. Their fasting blood sugar dropped to 90 mg/dL (5 mmol/L), on average, which is well within the normal range ().

In addition, the men lost an impressive 32 pounds (14.5 kg), on average, and experienced significant reductions in triglycerides, cholesterol, and blood pressure, among other benefits ().

Importantly, these men no longer met the criteria for metabolic syndrome due to reductions in blood sugar, weight, and other health markers.

Although concerns have been raised that higher protein intake on low carb diets may lead to kidney problems, a recent 12-month study found that very low carb intake did not increase the risk of kidney disease ().

Although there are very few studies on carb restriction in people with type 1 diabetes, those that exist have reported impressive results (, , ).

In a long-term study in people with type 1 diabetes who restricted carbs to 70 grams per day, participants saw their HbA1c drop from 7.7% to 6.4%, on average. What’s more, their HbA1c levels remained the same 4 years later ().

A 1.3% reduction in HbA1c is a significant change to maintain over several years, particularly in those with type 1 diabetes.

One of the biggest concerns for people with type 1 diabetes is hypoglycemia, or blood sugar that drops to dangerously low levels.

In a 12-month study, adults with type 1 diabetes who restricted daily carb intake to fewer than 90 grams had 82% fewer episodes of low blood sugar than before they started the diet ().

People with type 2 diabetes may also benefit from limiting their daily carb intake (, , ).

In a small, 5-week study, men with type 2 diabetes who consumed a high protein, high fiber diet with 20% of its calories from carbs experienced a 29% reduction in fasting blood sugar, on average ().

A few studies examining such diets have reported good results in people with diabetes (, ).

In a 12-month study in 259 people with type 2 diabetes, those who followed a Mediterranean diet providing 35% or fewer calories from carbs experienced a significant reduction in HbA1c — from 8.3% to 6.3% — on average ().

Research has confirmed that many levels of carb restriction can effectively lower blood sugar levels.

Since carbs raise blood sugar, reducing them to any extent can help control your levels.

For instance, if you’re currently consuming about 250 grams of carbs per day, reducing your intake to 150 grams should result in significantly lower blood sugar after meals.

That said, a severely restricted intake of 20–50 grams of carbs per day appears to produce the most dramatic results, going so far as to reduce or even eliminate the need for insulin or diabetes medication.

Studies demonstrate that restricting carbs may benefit people with diabetes. The lower your carb intake, the greater the effect on your blood sugar levels and other health markers.

Many tasty, nutritious, low carb foods raise blood sugar levels only minimally. These foods can be enjoyed in moderate to liberal amounts on low carb diets.

However, you should avoid the following high carb items:

Keep in mind that not all of these foods are unhealthy. For example, fruits can be highly nutritious. Yet, they’re not optimal for anyone trying to manage their blood sugar levels by eating fewer carbs.

On a low carb diet, you should avoid foods like beer, bread, potatoes, fruit, and sweets.

Low carb diets have consistently been shown to lower blood sugar and improve other health markers in people with diabetes.

At the same time, certain higher carb diets have been credited with similar effects.

For example, some studies suggest that low fat vegan or vegetarian diets may lead to better blood sugar control and overall health (, , , ).

In a 12-week study, a brown-rice-based vegan diet containing 268 grams of carbs per day (72% of calories) lowered participants’ HbA1c levels more than a standard diabetes diet with 249 grams of total daily carbs (64% of calories) ().

An analysis of 4 studies found that people with type 2 diabetes who followed a low fat, macrobiotic diet consisting of 70% carbs achieved significant reductions in blood sugar and other health markers ().

However, it’s important to note that these diets weren’t directly compared with low carb diets, but rather with standard, low fat diets often used for diabetes management.

In addition, more research on these diets is needed.

How to determine optimal carb intake

Although studies have shown that many different levels of carb intake may help control blood sugar, the optimal amount varies by individual.

The American Diabetes Association (ADA) used to recommend that people with diabetes get around 45% of their calories from carbs.

However, the ADA now promotes an individualized approach in which your ideal carb intake should take into account your dietary preferences and metabolic goals (36).

It’s important to eat the number of carbs at which you feel best and can realistically maintain in the long term.

Therefore, figuring out how many carbs to eat requires some testing and evaluating to find out what works best for you.

To determine your ideal carb intake, measure your blood sugar with a blood glucose meter before a meal and again 1–2 hours after eating.

To prevent damage to blood vessels and nerves, the maximum level your blood sugar should reach is 139 mg/dL (8 mmol/L).

However, you may want to aim for an even lower ceiling.

To achieve your blood sugar goals, you may need to restrict your carb intake to less than 10, 15, or 25 grams per meal.

Also, you may find that your blood sugar rises more at certain times of the day, so your upper carb limit may be lower for dinner than for breakfast or lunch.

In general, the fewer carbs you consume, the less your blood sugar will rise and the less diabetes medication or insulin you’ll require to stay within a healthy range.

If you take insulin or diabetes medication, it’s very important to speak to your healthcare provider before reducing your carb intake to assure the appropriate dosage.

Determining the optimal carb intake for diabetes management requires testing your blood sugar and making adjustments as needed based on your response, including how you feel.

If you have diabetes, reducing your carb intake may be beneficial.

Multiple studies have shown that a daily carb intake of 20–150 grams, or 5–35% of calories, not only leads to better blood sugar control but may also promote weight loss and other health improvements.

However, some individuals can tolerate more carbs than others.

Testing your blood sugar and paying attention to how you feel at different carb intakes can help you find your range for optimal diabetes control, energy levels, and quality of life.

It might also be helpful to reach out to others for support. Our free app, T2D Healthline, connects you with real people living with type 2 diabetes. Ask diet-related questions and seek advice from others who get it. Download the app for iPhone or Android.