Placenta Delivery: What to Expect 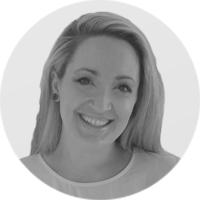 The placenta is a unique organ of pregnancy that nourishes your baby. Typically, it attaches to the top or side of the uterus. The baby is attached to the placenta via the umbilical cord. After your baby is delivered, the placenta follows. This is the case in most births. But there are some exceptions.

For this reason, a doctor will examine the placenta after delivery to ensure that it is intact. If a piece of placenta is left in the uterus, or the placenta doesn’t deliver, there are other steps a doctor can take.

What are the functions of the placenta?

The placenta is an organ that is shaped like a pancake or disk. It is attached on one side to the mother’s uterus and on the other side to the baby’s umbilical cord. The placenta is responsible for many important functions when it comes to a baby’s growth. This includes producing hormones, such as:

The placenta has two sides. The maternal side is usually dark red in color, while the fetal side is shiny and almost translucent in color. When a mother has her baby, the doctor will examine the placenta to ensure each side appears as it is expected to.

Some women ask to save their placenta and will boil it to eat it, or even dehydrate it and encapsulate it into pills. Some women believe that taking the pills will reduce postpartum depression and/or postpartum anemia. Others plant the placenta in the ground as a symbolic gesture of life and earth.

Some states and hospitals have regulations regarding saving the placenta, so expectant moms should always check with the facility they’re delivering at to make sure they can save the placenta.

Placenta delivery after a vaginal birth

In a vaginal delivery, after a woman has her baby, the uterus will continue to contract. These contractions will move the placenta forward for delivery. They aren’t usually as strong as labor contractions. However, some doctors may ask you to continue to push, or they may press on your stomach as a means to advance the placenta forward. Usually, placenta delivery is quick, within about five minutes after having your baby. However, it can take longer for some women.

Often, after you deliver your baby, you’re very focused on seeing them for the first time and may not notice the placenta delivery. However, some mothers observe an additional gush of blood after delivery that’s usually followed by the placenta.

The placenta is attached to the umbilical cord, which is attached to your baby. Because there aren’t any nerves in the umbilical cord, it doesn’t hurt when the cord is cut. However, some doctors believe in waiting to cut the cord until it stops pulsing (usually a matter of seconds) to ensure the baby gets the most possible blood flow. If the cord is wrapped around baby’s neck, however, this isn’t an option.

Placenta delivery after a cesarean

If you deliver via cesarean, your doctor will physically remove the placenta from your uterus before closing up the incision in the uterus and your stomach. After delivery, your doctor will likely massage the top of your uterus (known as the fundus) to encourage it to contract and start to shrink. If a uterus cannot contract and become firmer, a doctor may give you medicine, such as Pitocin, to make the uterus contract. Breast-feeding a baby immediately after birth or placing the baby on your skin (known as skin-to-skin contact) can also cause the uterus to contract.

Regardless of the way your placenta is delivered, your provider will inspect the placenta for intactness. If it appears that a portion of the placenta is missing, your doctor may recommend an ultrasound of the uterus to confirm. Sometimes, excessive bleeding after delivery can indicate placenta is still in the uterus.

A woman should deliver the placenta within 30 to 60 minutes after having her baby. If the placenta isn’t delivered or doesn’t come out entirely, it’s called retained placenta. There are several reasons the placenta may not fully deliver:

Retained placenta is a major concern because the uterus must clamp back down after giving birth. Tightening the uterus helps the blood vessels inside to stop bleeding. If the placenta is retained, a woman can experience bleeding or infection.

Retained portions of the placenta after delivery can lead to dangerous bleeding and/or infection. A doctor will typically recommend surgical removal as quickly as possible. However, sometimes the placenta is so attached to the uterus that it isn’t possible to remove the placenta without also removing the uterus (hysterectomy).

A woman is at increased risk for retained placenta if she has any of the following:

If you are concerned about retained placenta, talk to your doctor prior to delivery. Your doctor can discuss your delivery plan and notify you when the placenta is delivered.

The birth process can be an exciting one, and one that’s full of emotions. Typically, delivering the placenta isn’t painful. Often, it occurs so quickly after birth that a new mom may not even notice because she’s focused on her baby (or babies). But it’s important that the placenta is delivered in its entirety.

If you wish to save your placenta, always notify the facility, doctors, and nurses in advance of delivery to be sure that it can be properly saved and/or stored