What Is Dental Resorption? 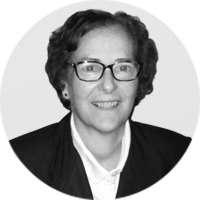 Medically reviewed by Christine Frank, DDS — Written by Erica Cirino on May 29, 2019

The condition often starts on the outside of a tooth and moves inwards.

In addition to a loss of part or parts of a tooth, you may notice swelling in your gums, as well as pink or dark spots on your teeth. However, the symptoms of resorption aren’t always easy to notice.

Tooth resorption can lead to infections, crooked teeth, tooth loss, and other dental problems that can cause lasting damage to your teeth, gums, and jaw. If you suspect you’re experiencing this issue, it’s important to see your dentist.

What are the types of resorption?

Internal resorption affects the inside of a tooth. It’s much less common than external resorption and most often affects men. It’s also more common in people who have teeth that have received extensive oral surgery, such as tooth transplantation.

On an X-ray, a tooth with internal resorption will show dark spots where internal tissue is missing.

What is normal dental resorption?

Resorption of baby teeth is different than bottle rot, a condition that can occur when a child’s teeth become coated in sugar from sweetened liquids. Most often this happens when parents leave their babies with a bottle of formula or milk overnight.

Several things can cause a tooth to begin to be resorbed. External resorption is often caused by injuries to the mouth and teeth that cause swelling and loss of bone and tissue on and around a tooth.

Such injuries may occur from prolonged use of orthodontic appliances such as braces, or from tooth grinding or tooth bleaching.

Most often internal resorption is caused by a physical injury to a tooth or swelling of the inside of a tooth caused by an untreated cavity. However, the exact causes of tooth resorption aren’t well understood.

Tooth resorption can cause a number of complications, including:

If you don’t like the appearance of your teeth, you may want to visit a cosmetic dentist after seeking treatment for resorption.

What are the symptoms of dental resorption?

Tooth resorption doesn’t always present a clear set of symptoms. In many cases, a person may not notice tooth resorption for years. However, as resorption worsens, symptoms often develop.

How is dental resorption diagnosed?

How resorption is diagnosed depends on which part of a tooth is affected.

With internal resorption, a dentist or dental hygienist may notice dark spots inside your teeth that are visible in X-rays of your mouth. If this happens, they’ll ask you about your dental history to check on past injuries or oral procedures that may have affected the tooth.

You can expect your dental professional to perform a physical exam of the tooth. This may involve touching it with heat and cold and taking X-rays to better understand the extent of the resorption and any other damage it may have caused.

What is the treatment for dental resorption?

The type of treatment recommended for a case of dental resorption depends on what part of a tooth is affected and the extent of the damage.

Treatment for dental resorption is focused on preserving any remaining parts of a tooth that have begun to experience loss. This usually involves removing damaged parts of the teeth to prevent further resorption.

Resorption often affects the appearance of teeth. Some people use implants or veneers to replace any teeth that are removed to give their smile a more natural look.

It may be normal for children’s teeth to undergo resorption, but in adults this issue is usually a sign of tooth injury that can cause long-lasting damage and even loss of teeth.

You may not notice symptoms of dental resorption until the process has advanced to a more serious stage, causing a tooth to begin decaying from the outside in. Complications from resorption are common, and can cause permanent loss of teeth if not treated promptly.

Pay close attention to any changes in the spacing between your teeth, as well as unusual pain and appearance of your teeth and gums, as these may be early signs.

Dental resorption is best prevented by regular visits to your dentist for cleaning and examinations. They’re likely to catch the earliest signs of this condition and can prevent it from worsening with proper treatment.

Medically reviewed by Christine Frank, DDS — Written by Erica Cirino on May 29, 2019