Turkey bacon is often praised as a healthier alternative to traditional pork bacon.

It’s made by shaping a seasoned mixture of finely chopped turkey into strips that resemble traditional bacon.

Though it contains less fat and fewer calories, turkey bacon is still highly processed and may contain ingredients that can be bad for your health.

This article reviews the nutritional profile of turkey bacon, determining whether it’s truly a healthier choice.

What Is Turkey Bacon?

Turkey bacon is available at most grocery stores as an alternative to classic pork bacon.

It’s made by chopping or grinding a mixture of light and dark turkey meat and skin, adding seasonings and preservatives and then pressing the mix into bacon-like strips (1).

Some manufacturers even use stripes of light and dark meat to mimic the look of traditional bacon pieces.

You can cook it the same way as traditional bacon. It’s typically pan-fried, microwaved or baked in the oven until golden and crispy.

Summary Turkey bacon is made by pressing seasoned turkey mixture into strips to look like traditional pork bacon. You can prepare it in the same ways as regular bacon.

Here’s a comparison of the nutrient content of two slices (1 ounce or 16 grams) of turkey and pork bacon (2, 3):

Both products come from animal proteins, so they’re relatively good sources of B vitamins and minerals like zinc, selenium and phosphorus.

However, since bacon is usually eaten in small serving sizes, none of the vitamins and minerals found in two slices of turkey bacon exceed 10% of the daily value (DV).

Additionally, most bacon — whether made from turkey or pork — contains added sugar unless it’s labeled as “no sugar added.”

Many, but not all, turkey and pork bacon products also contain synthetic preservatives — especially nitrates or nitrites — which slow spoilage, enhance the pink color of the meat and contribute to taste (4).

Natural or organic products cannot use chemical preservatives, so they often contain celery powder — a natural source of nitrates — as a preservative instead (5).

Summary Turkey bacon is a leaner alternative to traditional bacon. However, most varieties contain added sugar and chemical preservatives — unless indicated otherwise.

Turkey bacon can be a good fit for some people, especially those with special dietary needs.

This makes it a popular choice for people watching their calorie or fat intake.

However, it’s still a relatively high-calorie food, with 30 calories per slice — more than half of which comes from fat.

While turkey bacon may be lower in calories than pork bacon, you should still eat it in moderation.

A Good Option for Those Who Don’t Eat Pork

Some people don’t eat pork, including those with pork allergies or intolerances and those who avoid it for religious or health reasons.

If you avoid pork, turkey bacon can be a good substitute.

While it doesn’t have the exact same taste and texture as pork bacon, turkey bacon still has a smoky, salty, meaty flavor that many enjoy.

Summary Turkey bacon is lower in calories and fat than regular bacon and a good substitute for people who don’t eat pork.

While turkey bacon can be a good option for some, be aware of the following potential downsides.

While turkey bacon is still a good source of protein, it contains roughly 20% less protein per serving than traditional pork bacon.

In addition, since it contains less fat than pork bacon, manufacturers often add more sugar to improve the taste and texture.

Overall, the amount of sugar in both regular and turkey bacon is very low — less than 1 gram per serving — but it can add up, especially for people on very low-carb diets.

If sugar is a concern, there are brands of turkey bacon that contain no added sugars.

Turkey bacon packs a lot of sodium, which is added as a natural preservative and flavor enhancer.

Just two strips of turkey bacon provide 366 mg of sodium — roughly 15% of the DV. In larger serving sizes, the sodium content can quickly add up (2).

For people watching their sodium intake, reduced-sodium turkey bacon is an option.

While naturally occurring nitrates — such as those found in fruits and vegetables — are good for your health, synthetic nitrates and nitrites are not ().

When eaten, these nitrates can be converted to nitrites in your digestive tract.

Nitrites can then form harmful compounds called nitrosamines, which have been linked to an increased risk of stomach and throat cancer (7, ).

Some natural brands of turkey bacon advertise that they are nitrate- or nitrite-free, but they often still use celery powder, a rich source of natural nitrates.

It remains unclear whether nitrates from celery powder are linked to the same health risks as synthetic nitrites, so it’s wise to watch your intake (5).

Turkey bacon is a highly processed meat product and should be eaten in moderation.

Many studies have found that regularly eating processed meats may increase your risk of heart disease and diabetes by 42% and 19%, respectively ().

Those who eat 50 grams or more of processed meat products per day — the equivalent of roughly six slices of bacon — are also at greater risk of developing colon cancer (, ).

Experts recommend limiting processed meat consumption to less than 20 grams per day — roughly two and a half slices of bacon ().

Summary Turkey bacon is lower in protein and often higher in sugar than pork bacon. Since it’s a processed meat rich in sodium and preservatives, you should eat it in moderation.

Turkey bacon has slightly fewer calories and fat than pork bacon and can be a healthier option for people on special diets or who can’t eat pork.

Yet, it’s a processed meat with less protein and more added sugar than regular bacon and may contain preservatives that have been linked to increased cancer risk.

Though you can find more natural options, it’s still best to enjoy turkey bacon in moderation. 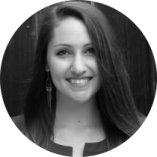