Swai Fish: Should You Eat or Avoid It?

Swai fish is both affordable and pleasant tasting.

It’s typically imported from Vietnam and has become more widely available and popular in the US over the past couple of decades.

However, many people who eat swai may not be aware of concerns surrounding its production on crowded fish farms.

This article gives you the facts about swai fish, helping you decide if you should eat or avoid it.

What Is Swai and Where Does It Come From?

Swai is a white-fleshed, moist fish that has a firm texture and neutral flavor. Therefore, it easily takes on the flavor of other ingredients ().

According to the US National Oceanic and Atmospheric Administration (NOAA), swai ranks as the sixth most popular fish in the nation (2).

It’s native to Asia’s Mekong River. However, swai available to consumers is most commonly produced on fish farms in Vietnam ().

In fact, swai production in the Mekong Delta of Vietnam is one of the largest freshwater fish farming industries worldwide (3).

Previously, swai imported into the US was called Asian catfish. In 2003, the US Food and Drug Administration (FDA) passed a law that only fish in the Ictaluridae family, which includes American catfish but not swai, can be labeled or advertised as catfish (4).

Swai is from a separate but related family called Pangasiidae, and the scientific name for it is Pangasius hypophthalmus.

Other names for swai and similar species are panga, pangasius, sutchi, cream dory, striped catfish, Vietnamese catfish, tra, basa and — though it’s not a shark — iridescent shark and Siamese shark.

Summary Swai is a white-fleshed, neutral-flavored fish typically imported from Vietnamese fish farms. Once called Asian catfish, US laws no longer permit this name to be used. American catfish is from a different family than swai, but they are related.

The protein content of swai is average compared to other common fish, but it offers very little omega-3 fat (, ).

The sodium in swai may be higher or lower than shown above based on how much sodium tripolyphosphate, an additive to retain moisture, is used during processing ().

Swai is an excellent source of selenium and a good source of niacin and vitamin B12. However, amounts can vary based on what the fish is fed (, 8).

Summary Swai is moderate in nutritional value, offering a decent amount of protein but very little omega-3 fat. Its main vitamin and mineral contributions are selenium, niacin and vitamin B12. Use of an additive to keep swai moist increases its sodium content.

The effect of swai fish farms on the ecosystem is a major concern ().

The Monterey Bay Aquarium’s Seafood Watch program lists swai as a fish that should be avoided, as some swai fish farms generate waste products that are illegally dumped into rivers (3).

The improper disposal of wastewater is especially concerning because swai fish farms use a lot of chemical agents, including disinfectants, anti-parasitic drugs and antibiotics.

Mercury contamination is another consideration. Some studies have found acceptable levels of mercury in swai from Vietnam and other southeastern and southern areas of Asia (, , ).

However, other research has shown mercury levels in swai that are above the World Health Organization’s recommended limit in 50% of the samples tested ().

These challenges suggest the need for better water quality on swai fish farms and better quality control checks of the fish during the import process.

Summary The Monterey Bay Aquarium’s Seafood Watch program advises avoiding swai because many chemical agents are used on the fish farms and can pollute nearby water. Some, but not all, analyses suggest swai may have high mercury levels as well.

Antibiotics Are Heavily Used During Production

When swai and other fish are grown on crowded fish farms, the risk of infectious diseases in the fish increases.

In one study, 70–80% of swai samples exported to Poland, Germany and Ukraine were contaminated with Vibrio bacteria, a microbe commonly involved in shellfish food poisoning in people ().

To combat bacterial infections, swai are often regularly given antibiotics and other drugs. However, there are drawbacks. Residues of antibiotics may remain in the fish, and the drugs can get into nearby waterways (18).

In a study of imported seafood, swai and other Asian seafood most frequently exceeded drug residue limits. Vietnam had the greatest number of drug residue violations among countries that export fish ().

In fact, 84,000 pounds of frozen swai fish fillets imported from Vietnam and distributed in the US were recalled due to failure to meet US requirements to test the fish for drug residues and other contaminants (20).

Additionally, even if fish is properly inspected and antibiotic and other drug residues are below legal limits, their frequent use can promote resistance of bacteria to the drugs (18).

Some of the same antibiotics are used to treat human infections. If they’re overused and the bacteria become resistant to them, it could leave people without effective treatments for certain diseases (18, 21).

Summary Antibiotics are commonly used to combat infections on crowded swai fish farms. Overuse of antibiotics increases the risk of bacterial resistance to them, which could, in turn, reduce the effectiveness of medicine in people.

You May Be Eating Swai Unknowingly

You could be ordering swai at restaurants without even knowing.

In a study by Oceana, an international ocean conservation and advocacy organization, swai was one of the three types of fish most commonly substituted for more expensive fish.

In fact, swai was sold as 18 different types of fish — most commonly mislabeled as perch, grouper or sole (22).

Such mislabeling may happen at restaurants, supermarkets and seafood processing plants. Sometimes this mislabeling is deliberate fraud since swai is inexpensive. Other times it’s unintentional.

Seafood often travels a long way from the point it’s caught to where you buy it, making it more difficult to trace its origin.

For example, there’s no easy way for restaurant owners to check that a box of fish they purchased is what it says it is.

Moreover, if a type of fish isn’t identified, such as if you’re ordering a fish sandwich at a restaurant that doesn’t specify the type of fish, it could be swai.

In a study of fish products served at 37 restaurants in a southeastern US city, about 67% of dishes simply listed as “fish” on the menu were swai (23).

Summary Swai is sometimes intentionally or accidentally mislabeled as another type of fish, such as perch, grouper or sole. Additionally, restaurants may not identify the type of fish in some dishes, so there’s a good chance you’ve eaten swai, even if you didn’t know it.

A Sensible Approach to Swai and Better Alternatives

If you like swai, buy brands that have eco-certification from an independent group, such as the Aquaculture Stewardship Council. Such brands typically include the certifying agency’s logo on the package.

Certification indicates efforts to reduce pollutants that can contribute to climate change and harm water quality ().

Additionally, don’t eat raw or undercooked swai. Cook fish to an internal temperature of 145℉ (62.8℃) to destroy potentially harmful bacteria, such as Vibrio.

If you choose to pass on swai, there are plenty of good alternatives. For white-fleshed fish, consider wild-caught US catfish, Pacific cod (from the US and Canada), haddock, sole or flounder, among others (25).

For fish packed with omega-3s, some of your best options that don’t contain excess mercury are wild-caught salmon, sardines, herring, anchovies, Pacific oysters and freshwater trout ().

Lastly, eat a variety of different kinds of fish rather than the same type all the time. This helps reduce the risks that may come from over-exposure to potentially harmful contaminants in one type of fish.

Summary If you eat swai, choose a brand bearing an eco-certification seal, such as from the Aquaculture Stewardship Council, and cook it well to kill Vibrio and other harmful bacteria. Healthy alternatives to swai include haddock, sole, salmon and many others.

Swai fish has a mediocre nutritional profile and may best be avoided.

It’s imported from densely-packed fish farms where chemicals and antibiotics are used in excess, causing water pollution and health concerns.

It's sometimes mislabeled and sold as higher-value fish. If you eat it, choose a brand bearing an eco-certificate.

Generally, it’s best to eat a variety of different types of fish. Healthy alternatives to swai include haddock, sole, salmon and many others. 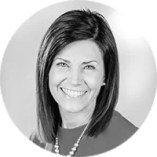