But beyond being a healthful part of red wine and other foods, resveratrol has health-boosting potential in its own right.

In fact, resveratrol supplements have been linked to many exciting health benefits, including protecting brain function and lowering blood pressure (, , , ).

This article explains what you need to know about resveratrol, including seven of its main potential health benefits.

Resveratrol is a plant compound that acts like an antioxidant. The top food sources include red wine, grapes, some berries and peanuts (, ).

This compound tends to be concentrated mostly in the skins and seeds of grapes and berries. These parts of the grape are included in the fermentation of red wine, hence its particularly high concentration of resveratrol (, ).

However, much of the research on resveratrol has been done in animals and test tubes using high amounts of the compound (, ).

Of the limited research in humans, most has focused on supplemental forms of the compound, in concentrations higher than those you could get through food ().

Summary: Resveratrol is an antioxidant-like compound found in red wine, berries and peanuts. Much of the human research has used supplements that contain high levels of resveratrol.

Because of its antioxidant properties, resveratrol could be a promising supplement for lowering blood pressure ().

A 2015 review concluded that high doses may help reduce the pressure exerted on artery walls when the heart beats ().

Systolic blood pressure typically goes up with age, as arteries stiffen. When high, it's a risk factor for heart disease.

Resveratrol may accomplish this blood-pressure-lowering effect by helping to produce more nitric oxide, which causes blood vessels to relax (, ).

However, the authors of that study say more research is needed before specific recommendations can be made about the best dose of resveratrol to maximize blood pressure benefits.

2. It Has a Positive Effect on Blood Fats

Several studies in animals have suggested that resveratrol supplements may change blood fats in a healthy way (, ).

Researchers found the average total cholesterol levels and body weight of the mice decreased, and their levels of "good" HDL cholesterol increased ().

Resveratrol seems to influence cholesterol levels by reducing the effect of an enzyme that controls cholesterol production ().

As an antioxidant, it also may decrease the oxidation of "bad" LDL cholesterol. LDL oxidation contributes to plaque buildup in artery walls (, ).

In one study, participants were given grape extract that had been boosted with extra resveratrol.

Summary: Resveratrol supplements may benefit blood fats in animals. As an antioxidant, they may also decrease LDL cholesterol odixation.

3. It Lengthens Lifespan in Certain Animals

The compound's ability to extend lifespan in different organisms has become a major area of research ().

There's evidence that resveratrol activates certain genes that ward off the diseases of aging ().

It works to achieve this in the same way as calorie restriction, which has shown promise in lengthening lifespans by changing how genes express themselves (, ).

However, it's not clear if the compound would have a similar effect in humans.

A review of studies exploring this connection found that resveratrol increased lifespan in 60% of the organisms studied, but the effect was strongest in organisms that were less related to humans, such as worms and fish ().

Summary: Resveratrol supplements have lengthened lifespan in animal studies. However, it's not clear if they would have a similar effect in humans.

4. It Protects the Brain

This may partly be due to the antioxidant and anti-inflammatory activity of resveratrol.

It seems to interfere with protein fragments called beta-amyloids, which are crucial to forming the plaques that are a hallmark of Alzheimer's disease (, ).

Additionally, the compound may set off a chain of events that protects brain cells from damage ().

While this research is intriguing, scientists still have questions about how well the human body is able to make use of supplemental resveratrol, which limits its immediate use as a supplement to protect the brain (, ).

5. It May Increase Insulin Sensitivity

Resveratrol has been shown to have several benefits for diabetes, at least in animal studies.

These benefits include increasing insulin sensitivity and preventing complications from diabetes (, , , ).

One explanation for how resveratrol works is that it may stop a certain enzyme from turning glucose into sorbitol, a sugar alcohol.

When too much sorbitol builds up in people with diabetes, it can create cell-damaging oxidative stress (, 31).

Here are a few more benefits resveratrol may have for people with diabetes ():

Researchers say the compound could be used to treat diabetes and its complications in the future, but more research is needed.

Summary: Resveratrol has helped mice develop better insulin sensitivity and fight complications of diabetes. In the future, humans with diabetes might also benefit from resveratrol therapy.

6. It May Ease Joint Pain

Arthritis is a common affliction that leads to joint pain and loss of mobility ().

Plant-based supplements are being studied as a way to treat and prevent joint pain. When taken as a supplement, resveratrol may help protect cartilage from deteriorating (, ).

Cartilage breakdown can cause joint pain and is one of the main symptoms of arthritis ().

One study injected resveratrol into the knee joints of rabbits with arthritis and found that these rabbits suffered less damage to their cartilage ().

Other research in test tubes and animals has suggested that the compound has potential to reduce inflammation and prevent damage to joints (, , , ).

Summary: Resveratrol may help relieve joint pain by preventing cartilage from breaking down.

Resveratrol has been studied, especially in test tubes, for its ability to prevent and treat cancer. However, results have been mixed (, , ).

In animal and test-tube studies, it has been shown to fight several kinds of cancer cells, including gastric, colon, skin, breast and prostate (, , , , ).

However, since the studies so far have been carried out in test tubes and animals, much more research is needed to see if and how this compound might be used for human cancer therapy.

Risks and Concerns Regarding Resveratrol Supplements

No major risks have been revealed in studies that have used resveratrol supplements. Healthy people seem to tolerate them well ().

However, it should be noted that there aren't enough conclusive recommendations about how much resveratrol a person should take in order to get health benefits.

And there are some cautions, especially regarding how resveratrol could interact with other medications.

Since high doses have been shown to stop blood from clotting in test tubes, it's possible it could increase bleeding or bruising when taken with anti-clotting drugs, such as heparin or warfarin, or some pain relievers (, ).

Resveratrol also blocks some enzymes that help clear certain compounds from the body. That means some medications could build up to unsafe levels. These include certain blood pressure medications, anxiety meds and immunosuppressants ().

If you currently use medications, then you may want to check with a doctor before trying resveratrol.

Lastly, it's widely debated how much resveratrol the body can actually use from supplements and other sources ().

However, researchers are studying ways of making resveratrol easier for the body to use (, ).

Summary: While resveratrol supplements are likely safe for most people, they could interact with certain medications and there's not yet clear guidance on how to use them effectively.

Resveratrol is a powerful antioxidant with great potential.

It's shown promise regarding a variety of health conditions, including heart disease and arthritis. However, clear dosage guidance is still lacking. 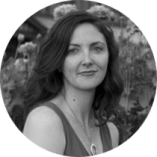