Can You Eat Raw Tuna? Benefits and Dangers 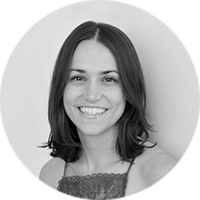 Tuna is often served raw or barely cooked at restaurants and sushi bars.

This fish is highly nutritious and may provide a number of health benefits, but you may wonder whether eating it raw is safe.

This article reviews the potential dangers of eating raw tuna, as well as how to safely enjoy it.

Types and nutrition of tuna

Tuna is a saltwater fish that’s used in cuisines all over the world.

There are several varieties, including skipjack, albacore, yellowfin, bluefin, and bigeye. They range in size, color, and taste ().

Most of the fat in tuna comes from omega-3 fatty acids, which are vital for your heart and brain and may help fight inflammation ().

Tuna also contains iron, potassium, and B vitamins. Plus, it’s an excellent source of selenium, a trace mineral that acts as an antioxidant and may reduce your risk of heart disease and other chronic conditions (, ).

Canned tuna is cooked during processing, while fresh tuna is often served rare or raw.

Raw tuna is a common ingredient in sushi and sashimi, which are Japanese dishes made from a combination of rice, raw fish, vegetables, and seaweed.

Summary Tuna is a lean protein that contains omega-3 fatty acids as well as several vitamins and minerals. It’s often served raw or barely cooked but is also available canned.

Even though tuna is highly nutritious, eating it raw may pose some risks.

This is because raw fish may contain parasites, such as Opisthorchiidae and Anisakadie, that can cause diseases in humans (6, ).

Depending on the type, parasites in raw fish can lead to foodborne illnesses, marked by intestinal infections that trigger diarrhea, vomiting, fever, and related symptoms ().

One study found that 64% of samples of young Pacific bluefin tuna from Japanese waters were infected with Kudoa hexapunctata, a parasite that leads to diarrhea in humans ().

Another study noted similar results and showed that samples of both bluefin and yellowfin tuna from the Pacific Ocean contained other parasites from the Kudoa family that are known to cause food poisoning ().

Finally, a study in tuna from waters off the coast of Iran found that 89% of the samples were infected with parasites that can attach to the human stomach and intestines, causing anisakiasis — a disease marked by bloody stools, vomiting, and stomach pain (, ).

The risk of parasitic infection from tuna likely depends on where the fish is caught. What’s more, handling and preparation can determine whether parasites get passed along.

Most of the parasites can be killed by cooking or freezing ().

Therefore, parasitic infections from raw tuna can be prevented through proper handling.

Summary Raw tuna may contain parasites that can cause foodborne illness in humans, but these can usually be eliminated by cooking or freezing.

Can be high in mercury

Some varieties of tuna may be high in mercury, which is a heavy metal that winds up in ocean waters as a result of pollution. It accumulates in tuna over time, as the fish is higher up in the food chain, feeding on smaller fish that contain varying amounts of mercury ().

As a result, large species of tuna, such as albacore, yellowfin, bluefin, and bigeye, are often high in mercury ().

Most of the tuna that is served raw as steaks or in sushi and sashimi comes from these varieties.

In fact, one study that tested 100 raw tuna sushi samples in the northeastern United States found that the average mercury content exceeded the recommended daily limit for mercury in the United States and Japan (16).

Consuming too much raw tuna may lead to high levels of mercury in your body, which can cause serious health issues, including brain and heart damage (16, , ).

Summary Some varieties of raw tuna, especially bigeye and bluefin, may be very high in mercury. Consuming too much mercury can damage your brain and heart and lead to serious health issues.

Who should not eat raw tuna?

Pregnant and breastfeeding women, children, older adults, and people with compromised immune systems, such as those undergoing cancer treatment, should not eat raw tuna.

These populations are at an increased risk of foodborne illnesses if exposed to parasites from raw or undercooked tuna.

What’s more, pregnant and breastfeeding women and children are especially susceptible to the effects of mercury and thus should limit or avoid both raw and cooked tuna ().

However, all adults should generally be cautious about tuna consumption, as most varieties exceed the daily limit for mercury consumption suggested by health authorities in the United States and other countries ().

Both raw and cooked tuna should be consumed in moderation.

Still, adults should eat 3–5 ounces (85–140 grams) of fish 2–3 times per week to get enough omega-3 fatty acids. To meet this suggestion, focus on fish that’s lower in mercury, such as salmon, cod, or crab, and limit tuna to an occasional treat ().

Summary Pregnant and breastfeeding women, children, older adults, and people with compromised immune systems may be especially susceptible to parasitic infections and mercury and should avoid raw tuna.

How to safely eat raw tuna

Cooking tuna is the best way to get rid of parasites and lower your risk of foodborne illness. Still, it’s possible to safely eat raw tuna.

The Food and Drug Administration (FDA) recommends freezing raw tuna in one of the following ways to eliminate parasites ():

Frozen raw tuna should be defrosted in the refrigerator before consumption.

Following this method will likely kill most parasites, but a small risk remains that not all parasites were eliminated.

Most restaurants that serve sushi or other forms of raw tuna follow the FDA recommendations on freezing.

If you’re concerned about how your raw tuna was prepared, ask for more information and be sure to only eat raw tuna from reputable restaurants.

If you plan on making a raw tuna dish at home, look for a reputable fishmonger who’s knowledgeable about the origin of their fish and how it is handled.

Summary Raw tuna is generally safe to eat if it has been frozen to kill parasites in accordance with FDA guidelines.

Raw tuna is generally safe when properly handled and frozen to eliminate parasites.

Tuna is highly nutritious, but due to high mercury levels in certain species, it’s best to eat raw tuna in moderation.