What You Need to Know About Type 1.5 Diabetes

Type 1.5 diabetes, also called latent autoimmune diabetes in adults (LADA), is a condition that shares characteristics of both type 1 and type 2 diabetes.

Type 1.5 diabetes can easily be — and is often — misdiagnosed as type 2 diabetes. If you’re in a healthy weight range, have an active lifestyle, and have been diagnosed with type 2 diabetes, there’s a chance that what you actually have is LADA.

Type 1.5 diabetes symptoms can be vague at first. They may include:

If left untreated, type 1.5 diabetes can lead to diabetic ketoacidosis, which is a condition where the body can’t utilize sugar as fuel due to the absence of insulin and starts burning fat. This produces ketones, which are toxic for the body.

To understand what causes type 1.5 diabetes, it helps to understand the difference between the other main types of diabetes.

Type 1 diabetes is considered an autoimmune condition because it’s the result of your body destroying pancreatic beta cells. These cells are what helps your body make insulin, the hormone that allows you to store glucose (sugar) in your body. People who have type 1 diabetes need to inject insulin into their bodies to survive.

Type 2 diabetes is primarily characterized by your body resisting insulin’s effects. Insulin resistance is caused by genetic and environmental factors, such as a diet high in carbohydrates, inactivity, and obesity. Type 2 diabetes can be managed with lifestyle interventions and oral medication, but many may also need insulin to keep their blood sugar under control.

Type 1.5 diabetes can be triggered by damage done to your pancreas from antibodies against insulin-producing cells. Genetic factors may also be involved, such as a family history of autoimmune conditions. When the pancreas becomes damaged in type 1.5 diabetes, the body destroys pancreatic beta cells, as with type 1. If the person with type 1.5 diabetes also happens to be overweight or obese, insulin resistance might also be present.

Type 1.5 diabetes occurs in adulthood , which is why it’s commonly mistaken for type 2 diabetes. Most people with this type of diabetes are over the age of 40, and some can develop the condition even in their 70s or 80s.

The process of getting a LADA diagnosis can take some time. Often, people (and doctors) may assume that they have type 2 diabetes because it developed later in life.

Type 2 diabetes treatments, like metformin, can work to manage symptoms of type 1.5 diabetes until your pancreas stops making insulin. That’s the point at which many people discover that they were dealing with LADA all along. Typically, the progression to needing insulin is much faster than with type 2 diabetes, and the response to medication for lowering blood sugar levels (oral hypoglycemic drugs) is poor.

People who have type 1.5 diabetes tend to meet the following criteria:

Tests to diagnose any type of diabetes include:

Your blood can also be tested for the specific antibodies that are present when the type of diabetes you have is caused by an autoimmune reaction in your body.

Type 1.5 diabetes results from your body not producing enough insulin. But since its onset is gradual, oral medication that treats type 2 diabetes can work, at least at first, to treat it.

Insulin treatment is the preferred treatment method for type 1.5 diabetes. There are many different types of insulin and insulin regimens. The dosage of insulin that you need may vary daily, so monitoring your glucose levels through frequent blood sugar testing is essential.

Life expectancy for people who have LADA is similar to people who have other types of diabetes. Higher blood sugar over a sustained period of time can lead to diabetes complications , such as kidney disease, cardiovascular problems, eye disease, and neuropathy, which can adversely affect prognosis. But with good blood sugar control, many of these complications can be prevented.

In the past, people who had type 1 diabetes had a shortened life expectancy . But improved diabetes treatments are changing that statistic. With good blood sugar control, a normal life expectancy is possible.

feel that getting treated with insulin from the outset of your diagnosis can help preserve your beta cell function. If that’s true, getting a correct diagnosis as soon as possible is quite important.

There’s currently no way to prevent type 1.5 diabetes. Like type 1 diabetes, there are genetic factors at play in the progression of this condition. Early, correct diagnosis and symptom management is the best way to avoid complications from type 1.5 diabetes. 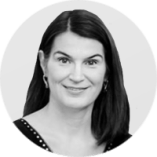