The Pros and Cons of Having a Third Baby

Medically reviewed by allison on April 28, 2016 — Written by Chaunie Brusie

Having three kids almost feels like a bit of a stretch these days. Many mothers I know have told me that they felt like adding a third child to their families evoked shocked reactions from their friends. Having a third child, many of them worry, is just one step away from joining the Duggar family.

But when you feel that ache to hold another baby in your arms, you can’t just ignore it. You deserve to explore your feelings about having a third baby. So if you’reon the fence about adding a third addition to your family, here are a few pros and cons to consider before you decide.

The cons of having a third baby

Before we dive in, let me start by saying that I have four children. So, of course, we already made the decision to have a third baby. But I felt strongly that we should have a third child. For us, it wasn’t really a question. But we still had a lot to consider. Let’s face it, when you add that third baby as part of a duo-parent family, you will officially be outnumbered. And that’s a big deal.

The cons of having a third baby

1. There will be more of them than you. One of my biggest fears in adding a third child to our family, especially because our first two were under age 5, was that I’d have more children than hands. It sounds so silly, but when you’re a mom with little kids, small things like running to the grocery store become a struggle.

2. Three kids might not feel “normal” to you. If you come from a smaller family, having three children may not feel normal or familiar to you. Three kids gets kind of chaotic, so evaluate your own tolerance levels for all the juggling that will inevitably come with adding a third baby.

3. Having three kids is the most stressful. A “Today Show” survey reported that having three children is actually the most stressful number for parents. This is bad news if you’re thinking of stopping at three kids. But it’s good news if you’re planning on having even more children. According to the study, more kids somehow equals less stress. I call this the “giving up” effect.

The pros of having a third baby

Pros of having a third baby

1. A family of five is still compact. The world seems to be built for families of four. Restaurant booths, most vehicles, and all those free vacation giveaway contests you enter but never actually win are all designed for four people. But I can tell you from personal experience that with a third child, you still fall into the “normal” family range. You can fit three car seats in most cars, you can squeeze into those restaurant booths, and you probably won’t win that vacation, anyway.

Bottom line: If you’re a family who likes to be on the go, having a third child won’t slow you down.

2. More siblings mean more options for your kids. “I want three instead of two,” explains Kelly Burch, mom of one. “I’m one of four, and I really value the three unique relationships I have with each of my siblings.”

3. Three children is the easiest transition you will ever make. I won’t make any promises here. But I want to be a voice of reason in the sea of people who’ll warn you that having a third child will be the hardest hurdle you’ll ever face. Honestly, our third baby was the easiest transition for me as a mom.
Going from zero to one was a life-changer, going from one to two felt almost impossible, and having four shook me up in a way I’m still recovering from (but so thankful for). But that third baby felt like a breeze. He fit right in and we went with the flow. I feel like when you get to the third baby, you feel much more confident in your abilities and limitations as a parent. It really makes it easier to adjust to life with a newborn again.

There’s no pros and cons list you can make to get a definitive answer on having a third baby. At the end of the day, you should gather your list and talk to other moms who’ve made the same decision. Remember to consider yourself lucky if you’re able to make the choice of how many children to have. Go with whatever your heart is telling you to do. Either way, your family will be yours. That’s the biggest “pro” I can think of.

What should you do to prepare if you’re thinking about having a third baby?

If you’re thinking of becoming pregnant, make an appointment with your physician or midwife to discuss your prepregnancy health. Talking about your health, medications, diet, and any risk factors can help ensure the best health possible during the first few months of fetal development in pregnancy. Remember, if you’re a woman of childbearing age, you need 400 micrograms of folic acid daily BEFORE you get pregnant, to help prevent neural tube defects.

Kimberly Dishman, WHNP Answers represent the opinions of our medical experts. All content is strictly informational and should not be considered medical advice. 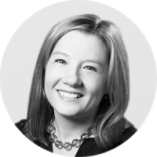 Medically reviewed by allison on April 28, 2016 — Written by Chaunie Brusie