Crazy Talk: My Therapist Suggested I Commit Myself. I’m Terrified.

By Sam Dylan Finch — Updated on Jan 9, 2019
An advice column for honest, unapologetic conversations about mental health with advocate Sam Dylan Finch. While he’s not a certified therapist, he has a lifetime of experience living with obsessive-compulsive disorder (OCD). He’s learned things the hard way so that you (hopefully) don’t have to.

As someone who’s been twice, I have a lot of advice for you.

Sam, I’ve struggled with treatment-resistant depression for a very long time, and I don’t seem to be getting better.

I’ve been passively suicidal for weeks, and while I don’t plan on killing myself, my therapist recommended that I still go to the hospital for more involved care. I’m terrified, though. I have no idea what to expect — help?

When people ask me about what it’s like to be psychiatrically hospitalized, I don’t beat around the bush: “It’s the worst vacation I’ve ever taken.”

It’s a vacation that, by the way, I’ve had the pleasure of experiencing twice. And I couldn’t even put my vacation photos up on Instagram, because they took my phone away. The nerve!

If I had, though, it probably would’ve looked something like this:

(Can you tell humor is one of my coping skills?)

So if you’re feeling scared, I empathize completely with the fear that you’re talking about. The media hasn’t exactly done us any favors in that regard.

When I pictured ‘psych wards’ (you know, before I was actually in one), I imagined them in the same way you’d recall something from a horror film — with padded rooms, screaming patients, and nurses strapping people down and sedating them.

As dramatic as that sounds, those sensationalized stories were my only point of reference up until that point.

The reality, though, wasn’t the horror film I’d imagined.

My walls weren’t padded (though that sounds comfy), patients were more likely to be friendly than screaming, and the most drama we had was discussing who had control over the remote every evening when we watched television.

That’s not to say it was a delight. Being hospitalized was uncomfortable — and in many ways scary because it’s unfamiliar in every way. I tell you all this not to scare you, but rather, to prepare you and help you set the right expectations going in.

The big adjustment has to do with control, which everyone has a different reaction to. You no longer have complete control over the food you eat, where you sleep, when you can use a phone, your schedule, and in some cases, when you leave.

For some, being able to let go of the day-to-day planning and let someone take charge of that is a relief. For others, it’s uncomfortable. And sometimes? It’s a little bit of both.

The part I liked the least, though, was the feeling of being under a microscope. That sense of being under observation at every moment (and with it, a loss of privacy) wasn’t easy to cope with.

I felt pretty mental prior to being admitted, but I felt like a full-on nutjob when I noticed someone with a clipboard taking notes about how much food I’d left on my tray.

So yes, I won’t sugarcoat it: Hospitals are uncomfortable places. That also didn’t stop me from going back a second time when I needed to though. (And if you keep reading, I’ll give you some tips to make it easier, I promise.)

So why did I go willingly? And twice, no less? That’s a valid question.

Why does anyone, really, if it’s such an uncomfortable experience?

The simplest answer I can give is that sometimes what we need to do and what we would prefer to do are two very different things.

And oftentimes, what we prefer overrides our judgment about what we need, which is why outside opinions — like your therapist’s — are so valuable in recovery.

Few people are excited to go to a hospital for any reason. But if I only did what I wanted to do, I’d be eating Sour Patch Kids for breakfast and crashing children’s birthday parties so I could use their bounce house and eat their cake.

In other words, I’d probably get arrested for trespassing.

I went to the hospital because the emotional and mental anguish I was experiencing had become more than I could handle. I needed help, and while I didn’t want to get it in a hospital, I logically understood that was where I was most likely to find it.

If you can picture this scene: I waltzed right up to the emergency room attendant and said very casually, “I wanted to jump in front of a train, so I came here instead.”

It’s not a conversation I ever imagined myself having, but then again, few people actually anticipate a mental breakdown or write a script for it.

I may have said it casually — and probably scared the sh*t out of the attendant — but deep down, I was terrified.

It’s probably the bravest thing I’ve ever done. And I have to be honest with you, too: I can’t promise you that I would still be alive if I hadn’t made that choice.

You don’t have to be on the brink of death to go to the hospital, though.

Not knowing your therapist, I can’t say for sure why an inpatient stay was recommended (if you aren’t sure, you’re allowed to ask, you know!). I do know, though, that it’s not a recommendation that clinicians make lightly — it’s only suggested if they truly believe it will be to your benefit.

“Benefit?” I know, I know, it’s hard to imagine that anything good could come out of it.

But beyond just “staying alive,” there are some important benefits to psychiatric hospitalization that we should talk about.

If you’re on the fence, here are some things to consider:

That said, it’s hard to know exactly how to prepare for a stay in a particular hospital, as each one is different.

But if you’re admitting yourself voluntarily, these are some general suggestions that can make the experience better:

Pack a suitcase (or duffel bag)

This made my second hospitalization so much better than my first.

Bring lots of pajamas with drawstrings removed, more underwear than you think you’ll need, a soft blanket, and any soothing activities that don’t involve electronics or sharp objects.

Is someone willing to stay in your apartment and keep things clean (and, if you have animal companions, keep them fed?). Who will be communicating with your workplace whenever updates are needed? Who’s your “public relations” person if people start wondering why they haven’t heard from you in a while?

Think about what you’ll need help with, and don’t be afraid to reach out and ask your loved ones for support.

More than likely, they’ll take your cell phone away. So if there are people you’ll want to call, but you don’t have their phone numbers memorized, it’s a good idea to get them down on paper and have them with you.

Stop by a bookstore or library

What electronics you can or can’t have varies by hospital, but most err on the side of a full-on digital detox.

Don’t despair, though! Go “old school” with your entertainment: Graphic novels, comics, mystery novels, and self-help books were my best friends when I was hospitalized. I kept a journal, too.

Make (small) plans for the future

I knew after my first hospitalization I was going to get a new tattoo to remind myself of the strength I showed in my recovery. If it helps, keep a running list of what you’d like to do when you get to the other side.

What do you want to get out of your hospital experience? It helps to have some vague idea of what you’re looking for, and to communicate that to your providers as best you can.

What improvements do you need to see — logistically, emotionally, and physically — for your life to become more manageable?

And one last thing, before I get off my soapbox: If you do go to the hospital, do not rush your recovery.

This is the best advice I can give but it’ll be the most counterintuitive, too.

I understand the hurry to get the hell out of there because that’s exactly what I did the first time — I even put on quite the show to get released early… long before I was actually ready to leave.

But a hospitalization is, quite literally, building the foundation for the rest of your recovery. You wouldn’t rush the foundation of a skyscraper, would you?

It wasn’t even a year later that I was in the back of an ambulance again, ready to undergo the process for the second time (with more wages lost and medical debt accumulated — exactly what I was trying to avoid).

Give yourself the best chance for success. Show up for every group, every session, every meal, and every activity that you possibly can. Follow the recommendations you’re given, including follow-up care, to the best of your abilities, too.

Be willing to try everything — even the stuff that seems tedious or useless — once, if not twice (just to make sure you weren’t just grumpy the first time because, hey, that happens).

And trust me, your clinicians don’t want you to stay in the hospital any longer than you need to be there. There’s no benefit in giving you that bed when someone else might need it more. Trust the process and remember that this is temporary.

Like any other health struggle, sometimes more involved care is needed. That’s a fact of life and never a reason to be ashamed.

If you find yourself hesitating because you’re worried what others will think, I want to gently remind you that nothing — and I mean absolutely nothing — is more important than your well-being, especially during a mental health crisis.

Remember that bravery doesn’t mean that you aren’t afraid. I’ve never been more terrified as I was that day that I walked into the ER.

In spite of that fear, though, I did the courageous thing anyway — and so can you. 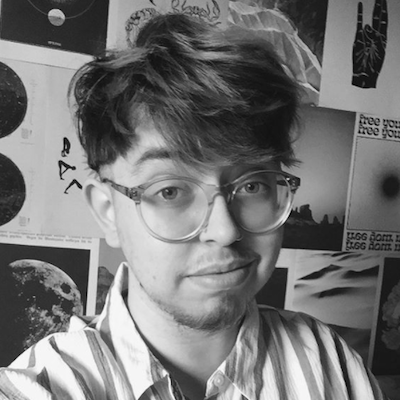