Hemarthrosis, or articular bleeding, means bleeding into the joints. It can occur after an injury, but is also a complication of a genetic bleeding disorder known as hemophilia. Joints, also called articulations, are the connections between two bones. Joints allow you to move.

Hemarthrosis causes pain and swelling of the joint. If not treated, it can lead to permanent damage.

What are the symptoms of hemarthrosis?

The most common symptoms of hemarthrosis are:

The causes of hemarthrosis include:

People with a bleeding disorder, like hemophilia, can’t make an important protein that helps their blood clot. In severe cases of hemophilia, bleeding into joints might occur as much as once or twice per week.

How is hemarthrosis diagnosed?

Your doctor will first take a medical and family history. They will ask about any other conditions you have, recent injuries, and any medications you are taking. Be sure to tell your doctor if you have a family history of a bleeding disorder.

Your doctor will then ask about your symptoms and conduct a physical examination, concentrating on the area of the body where you are experiencing symptoms. Your doctor may move or bend your joint to test its range of motion. Speak up if anything your doctor does is painful.

A procedure known as synovial fluid analysis can help diagnose the cause of joint inflammation. Your doctor will insert a needle into the joint to draw fluid into a syringe. This is called joint aspiration. Reddish-colored fluid could mean blood is present. The sample is then sent to a laboratory for testing. Your doctor may also recommend imaging tests such as X-rays or MRI.

If your doctor suspects a bleeding disorder, you may have a blood test. Your doctor will remove a small sample of blood from your vein and measure the amount of clotting factor present.

Joint bleeding can damage the joint. Just one severe bleed or a series of smaller bleeds can cause permanent damage. Over time, the soft tissues, tendons, and ligaments around the joint can shrink, leading to loss of range of motion in the joint. The joints most affected are the joints in the knees, ankles, and elbows.

Joint damage can increase the risk of additional bleeding into the same joint. Repeated joint bleeds lead to:

How is hemarthrosis treated?

If you have a badly swollen knee, ankle, or other joint, go to the hospital right away. Hemarthrosis in people with a bleeding disorder is typically treated with an infusion of their missing clotting factor. This will stop the bleeding, or you’ll be given a drug that helps stimulate your body to produce clotting factors.

Other ways to treat a bleed include:

After medical treatment is complete, most people need physical therapy or electrical stimulation of the muscles around the joints. This will prevent muscle wasting while the joint recovers fully.

Today, people with moderate or severe hemophilia are treated with prophylactic factor replacement therapy. This involves receiving factor several times per week to prevent bleeds rather than treat them after they’ve occurred. Regular exercise will also keep joints strong and prevent joint damage.

If hemarthrosis causes damage to the joints, a surgical procedure called synovectomy may relieve pain and restore some range of motion. Synovectomy is the removal of the lining that lubricates the joint (synovium). After removal, the synovium will grow back, but will no longer be thickened with blood vessels like before. This procedure will reduce pain and improve range of motion, but won’t make the joint good as new.

If the pain is severe and interferes with day-to-day activities, your doctor may recommend joint replacement surgery. This is most commonly done on the knees and hips. A surgeon will remove the damaged joint and bone and replace them with plastic and metal components. You will need physical therapy for a few months after the surgery in order to recover fully.

What is the outlook?

The outlook depends on whether or not you receive prompt treatment for a joint bleed. People who experience bleeds on a regular basis, or a severe bleed that is not treated right away, can have permanent damage to the joint. 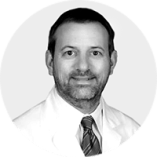