Can Lyme Disease Mimic or Cause Rheumatoid Arthritis? 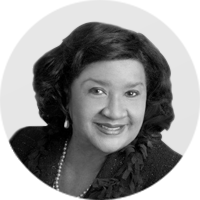 Lyme disease can sometimes be confused with other conditions, such as rheumatoid arthritis (RA). Both Lyme disease and RA can become debilitating if not treated.

When treated, Lyme arthritis symptoms usually go away. On the other hand, treatment for RA can slow the progression of the disease, but not cure it.

How can you tell which of these you have? In brief:

Lyme disease has a known cause. It’s transmitted by the spiral-shaped bacteria Borrelia burgdorferi, which is carried by blacklegged deer ticks.

Lyme is difficult to diagnose because its wide range of symptoms mimic those of many other ailments.

If treated early with antibiotics, it can be cured. If Lyme is undiagnosed and treated late, the symptoms can become much worse, though it’s still treatable.

RA’s cause isn’t known. It’s a chronic inflammatory disease affecting the lining of your joints and is thought to be a systemic autoimmune disease.

RA results in damage to your cartilage and bone that can become progressively worse if not diagnosed and treated early. The damage is irreversible. Treatment includes anti-inflammatory drugs and sometimes antibiotics.

The basic risk factor for Lyme disease is living in, working in, or visiting an area where there are deer and ticks.

The role of inflammatory antibodies in arthritis and Lyme isn’t well understood. In a of 814 people with recently diagnosed inflammatory arthritis, only 11.2 percent had IgM antibodies, which are a risk factor for RA.

Lyme as an RA risk

Once you have Lyme, it’s a risk factor for later developing RA and other types of inflammatory arthritis, such as psoriatic arthritis (PsA) or peripheral spondyloarthritis.

In a 2016 study, about one-third of the participants who had Lyme arthritis later developed an inflammatory arthritis like RA.

If you see a Lyme rash and get treated immediately with a sufficient course of antibiotics, it’s unlikely that you’ll later have Lyme arthritis. But many people don’t see the tick, don’t have a Lyme rash, and go undiagnosed.

Having a high level of IgM antibodies is a risk factor for RA. These presence of these antibodies, known as rheumatoid factors (RF), can result in an immune response that attacks healthy tissue. IgM antibodies are not well understood, and they are also found in people with other infections.

Another marker for RA is having anti-cyclic citrullinated peptide (anti-CCP) antibodies in your blood.

Specific risk factors for RA include:

It’s interesting that moderate alcohol intake may reduce the risk of RA.

Lyme arthritis symptoms include achy, stiff, or swollen joints. Usually only one joint is affected — most often a knee. Smaller joints or tendons or bursae may also be affected. The arthritis pain may be intermittent.

Lyme has many other symptoms in addition to arthritis. These can include:

Early symptoms of rheumatoid arthritis include:

About 40 percent of people with RA have symptoms that don’t involve the joints. RA can seriously affect your eyes, skin, heart, and lungs.

How to tell the difference

Treatment for Lyme is a course of antibiotics for at least one month, if the tick bite or a Lyme rash is noticed. Lyme arthritis is not likely to occur after antibiotics are given. Doxycycline is usually the initial antibiotic prescribed.

Lyme arthritis is sometimes the first symptom of Lyme. A course of antibiotics will often clear up the arthritis symptoms.

Antibiotics may be given orally or intravenously, depending on the severity of Lyme symptoms.

When Lyme arthritis occurs in the post-infection stage of Lyme, anti-inflammatory drugs such as methotrexate may be used.

The standard treatment for RA includes anti-inflammatory agents such as:

When to see your doctor

Both Lyme and RA have a better outcome the sooner they are diagnosed and treated.

Most people don’t see the initial Lyme rash, and the diversity of possible symptoms makes diagnosis difficult. If you have symptoms of arthritis and could have been bitten by a tick, see your doctor to rule out Lyme. It’s best to find a Lyme-aware doctor.

RA also can be difficult to diagnose. If your joints regularly are stiff for an hour or more after you wake up, see your doctor. It could be RA.