How to Teach Your Toddler to Talk

From the time of birth your baby will make a lot of sounds. This includes cooing, gurgling, and of course, crying. And then, often sometime before the end of their first year, your baby will utter their very first word.

Whether that first word is “mama, “dada,” or something else, this is a huge milestone and an exciting time for you. But as your baby becomes older, you might wonder how their language skills compare to children of a similar age.

To be clear, children learn to talk at different speeds. So if your baby talks later than an older sibling, there probably isn’t anything to worry about. At the same time, though, it helps to understand typical language milestones. This way, you can pick up on possible developmental issues early. The reality is, some toddlers need a little extra help when learning to talk.

This article will discuss common language milestones, as well as a few fun activities to encourage speech.

Language development from 0 to 36 months

Even though toddlers develop language skills gradually, they’re communicating from as early as birth.

It’s not unusual for a baby age 0 to 6 months to make cooing sounds and babbling sounds. And at this age, they’re even able to understand that you’re speaking. They’ll often turn their head in the direction of voices or sounds.

As they learn how to understand language and communication, it becomes easier for them to follow directions, respond to their own name, and indeed, say their first word.

Typically, babies ages 7 to 12 months may understand simple words like “no.” They might use gestures to communicate, and may have a vocabulary of about one to three words, though they may not speak their first words until after they turn 1.

Around 13 to 18 months a toddler‘s vocabulary can expand to 10 to 20+ words. It’s at this point that they start to repeat words (so watch what you say). They can also understand simple commands like “pick up the shoe,” and can typically verbalize certain requests.

At age 19 to 24 months, a toddler’s vocabulary has expanded to 50 to 100 words. They can likely name things like body parts and familiar people. They may begin to speak in short phrases or sentences.

And by the time your toddler is 2 to 3 years old, they can have a vocabulary of 250 words or more. They can ask questions, request items, and follow more detailed directions.

How can you teach your toddler to talk?

Of course, the age ranges above are just a guideline. And the truth is, some toddlers pick up language skills a bit later than others. This doesn’t mean that there’s a problem.

Although your child will likely catch up on language skills at some point, there’s plenty you can do in the meantime to encourage speech and help develop their language skills.

Reading to your child — as much as possible every day — is one of the best things you can do to encourage language development. One 2016 study found children are exposed to a broader vocabulary through having picture books read to them than hearing adult speech.

In fact, according to a 2019 study, reading just one book each day can translate to children being exposed to 1.4 million more words than those children who aren’t read to by kindergarten!

You don’t have to be fluent in sign language to teach your toddler a few basic signs.

Many parents have taught their babies and toddlers how to sign words like “more,” “milk,” and “all done.” Young children often grasp a second language easier than adults. This may allow them to communicate and express themselves at a much younger age.

You’ll sign the word “more,” while saying the word at the same time. Do this repeatedly so that your child learns the sign, and associates the word with it.

Giving your toddler the ability to express themselves through sign language may help them feel more confident in their communications. Helping them communicate with less frustration might help create a better environment for learning more language.

Use language whenever possible

Just because your baby can’t talk doesn’t mean you should sit in silence all day. The more you talk and express yourself, the easier it’ll be for your toddler to learn language at a younger age.

If you’re changing your toddler’s diaper, narrate or explain what you’re doing. Let them know about your day, or talk about anything else that comes to mind. Be sure to use simple words and short sentences when possible.

You can also encourage talking by reading to your toddler as you move through your day. You can read the recipe while you’re cooking together. Or if you’re enjoying a walk around your neighborhood, read street signs as you approach them.

You can even sing to your child — maybe their favorite lullaby. If they don’t have one, sing your favorite song.

While it’s adorable when little ones use words incorrectly or use baby talk, leave it to them. Don’t feel like you need to correct them, just respond with the proper usage. For example, if your little one asks you to “bunnet” their shirt, you can simply say “Yes, I’ll button your shirt.”

Some toddlers will point to an item they want instead of asking for it. What you can do is act as your child’s interpreter and help them understand the names of certain items.

For example, if your toddler points to a cup of juice, respond by saying, “Juice. Do you want juice?” The goal is to encourage your child to say the word “juice.” So the next time they want something to drink, instead of just pointing, encourage them to say the actual word.

Expand on their responses

Another way to expand your child’s vocabulary is to expand on their responses. For example, if your child sees a dog and says the word “dog,” you could respond by saying, “Yes, that’s a big, brown dog.”

You can also use this technique when your child drops words in a sentence. Your child might say, “the dog big.” You can expand on this by responding, “The dog is big.”

Give your child choices

You can also encourage communication by giving your child choices. Let’s say you have two juices and you want your child to choose between orange juice and apple juice. You can ask your toddler, “Do you want orange, or do you want apple?”

If your toddler points or gestures their response, encourage them to use their words.

A found that increased screen time on mobile media devices was associated with language delays in 18-month-olds. Experts point out interactions with others — not staring at a screen — is best for language development.

The American Academy of Pediatrics (AAP) encourages no more than 1 hour of screen time per day for kids ages 2 to 5, and less time for younger children.

What if your toddler isn’t talking?

But even if you put forth these efforts to get your toddler to talk, they might have difficulties with verbal communication. Symptoms of a language delay can include:

If you have concerns, speak with your child’s pediatrician. Possible causes of language delays can include intellectual disabilities and hearing impairments. Language delays may also be a sign of autism spectrum disorder.

Your child might need a comprehensive assessment to help determine the underlying cause. This can include meeting with a speech pathologist, a child psychologist, and possibly an audiologist. These professionals can identify the problem and then recommend solutions to help your child meet language milestones.

Hearing your baby’s first word is an exciting time, and as they become older, you might be equally excited for them to follow directions and put sentences together. So yes, it’s discouraging when your toddler doesn’t hit these important milestones as you expected.

But even if your child experiences some language delays, this doesn’t always indicate a serious problem. Remember, children develop language skills at different speeds. If you have any concerns or feel that there’s an underlying issue, speak with your pediatrician as a precaution. 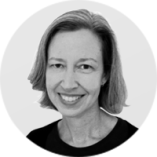