Diabetes is a disease characterized by abnormally high blood sugar.

If poorly controlled, it can lead to complications like heart disease, kidney disease and nerve damage (1).

Treatment often includes medications and insulin injections, but many people are also interested in foods that can help lower blood sugar.

One such example is cinnamon, a commonly used spice that's added to sweet and savory dishes around the world.

It provides many health benefits, including the ability to lower blood sugar and help manage diabetes.

This article tells you everything you need to know about cinnamon and its effects on blood sugar control and diabetes.

Cinnamon is an aromatic spice derived from the bark of several species of Cinnamomum trees.

While you may associate cinnamon with rolls or breakfast cereals, it has actually been used for thousands of years in traditional medicine and food preservation.

To obtain cinnamon, the inner bark of Cinnamomum trees must be removed.

The bark then undergoes a drying process that causes it to curl up and yield cinnamon sticks, or quills, which can be further processed into powdered cinnamon.

Several different varieties of cinnamon are sold in the US, and they are typically categorized by two different types:

While both types are sold as cinnamon, there are important differences between the two, which will be discussed later in this article.

Summary: Cinnamon is made from the dried bark of Cinnamomum trees and is generally categorized into two varieties.

It Contains Antioxidants That Provide Many Health Benefits

A quick glance at cinnamon's nutrition facts may not lead you to believe that it's a superfood (2).

But while it doesn't contain a lot of vitamins or minerals, it does contain large amounts of antioxidants, which give it its health benefits.

In fact, one group of scientists compared the antioxidant content of 26 different herbs and spices and concluded that cinnamon had the second highest amount of antioxidants among them (after cloves) ().

Antioxidants are important because they help the body reduce oxidative stress, a type of damage to cells, which is caused by free radicals.

One study showed that consuming 500 mg of cinnamon extract daily for 12 weeks decreased a marker of oxidative stress by 14% in adults with prediabetes ().

This is significant, since oxidative stress has been implicated in the development of nearly every chronic disease, including type 2 diabetes ().

Summary: Cinnamon does not contain many vitamins or minerals, but it is loaded with antioxidants that decrease oxidative stress. This may potentially protect against diabetes.

It Can Imitate Insulin and Increase Insulin Sensitivity

In those with diabetes, either the pancreas cannot produce enough insulin or cells do not respond to insulin properly, leading to high blood sugar levels.

Cinnamon may help lower blood sugar and fight diabetes by imitating the effects of insulin and increasing glucose transport into cells ().

Summary: Cinnamon can lower blood sugar by acting like insulin and increasing insulin's ability to move blood sugar into cells.

It Lowers Fasting Blood Sugar and May Decrease Hemoglobin A1c

While these study results are pretty clear, studies investigating its effects on hemoglobin A1c, a measure of long-term blood sugar control, have yielded conflicting results.

Some studies report significant decreases in hemoglobin A1c, while others report no effect (, , , ).

The conflicting results may be partially explained by differences in the amount of cinnamon given and prior blood sugar control of participants (, ).

It Lowers Blood Sugars After Meals

Depending on the size of the meal and how many carbs it contains, blood sugar levels can rise pretty dramatically after you eat.

These blood sugar fluctuations can increase levels of oxidative stress and inflammation, which tend to do a lot of damage to your body's cells and put you at risk of chronic disease (, ).

Cinnamon can help keep these blood sugar spikes after meals in check. Some researchers say it does this by slowing down the rate at which food empties out of your stomach.

One study found that consuming 1.2 teaspoons (6 grams) of cinnamon with a serving of rice pudding led to slower stomach emptying and lower blood sugar elevations then eating rice pudding without it ().

Other studies suggest that it may lower blood sugar following meals by blocking digestive enzymes that break down carbs in the small intestine (, ).

It May Lower the Risk of Common Diabetes Complications

It may also lower the risk of common diabetes complications.

People with diabetes have twice the risk of heart disease as people without it. Cinnamon may help lower this risk by improving established risk factors for heart disease ().

A review of controlled studies in people with type 2 diabetes found that taking cinnamon was associated with an average decrease in "bad" LDL cholesterol of 9.4 mg/dL (0.24 mmol/L) and a decrease in triglycerides of 29.6 mg/dL (0.33 mmol/L) ().

Furthermore, another study found that supplementing with two grams of cinnamon for 12 weeks significantly lowered both systolic and diastolic blood pressure ().

Studies suggest that cinnamon extract may decrease the ability of two proteins — beta-amyloid and tau — to form plaques and tangles, which are routinely linked to the development of Alzheimer's disease (, ).

However, this research has only been completed in test tubes and animals. Further studies in humans are needed to confirm these findings.

Summary: Cinnamon may help lower the risk of diseases related to diabetes, such as heart disease and Alzheimer's disease.

Ceylon vs Cassia: Which Is Better?

Cassia cinnamon can be derived from a few different species of Cinnamomum trees. It's generally inexpensive and is found in most food products and the spice aisle of your grocery store.

Ceylon cinnamon, on the other hand, is specifically derived from the Cinnamomum verum tree. It's typically more expensive and is less common than Cassia, but studies have shown that Ceylon cinnamon contains more antioxidants ().

Because it contains more antioxidants, it's possible that Ceylon cinnamon may provide more health benefits.

Nevertheless, although several animal and test-tube studies have highlighted the benefits of Ceylon cinnamon, most studies demonstrating health benefits in humans have used the Cassia variety ().

Summary: Both varieties of cinnamon likely lower blood sugar and fight diabetes, but studies in humans are still needed to confirm that Ceylon provides more benefits than Cassia.

Some Should Be Cautious With Cinnamon

Cassia cinnamon is not only lower in antioxidants, it's also high in a potentially harmful substance called coumarin, an organic substance found in many plants.

Several studies in rats have shown coumarin can be toxic to the liver, leading to concern that it can cause liver damage in humans as well (24).

Accordingly, the European Food Safety Authority has set the tolerable daily intake for coumarin at 0.045 mg per pound (0.1 mg/kg).

Using average coumarin levels for Cassia cinnamon, this would be equivalent to about a half teaspoon (2.5 grams) of Cassia cinnamon per day for a 165-pound (75-kg) individual.

As you can see, Cassia cinnamon is particularly high in coumarin, and you can easily consume more than the upper limit by taking Cassia cinnamon supplements or even eating large amounts of it in foods.

However, Ceylon cinnamon contains much lower amounts of coumarin, and it would be difficult to consume more than the recommended amount of coumarin with this type ().

Additionally, people with diabetes who take medications or insulin should be careful when adding cinnamon to their daily routine.

The addition of cinnamon on top of your current treatment may put you at risk of low blood sugar, which is known as hypoglycemia.

Hypoglycemia is a potentially life-threatening condition, and it is recommended to talk to your doctor about incorporating cinnamon into your diabetes management.

Lastly, children, pregnant women and others with extensive medical histories should speak with their doctors to see if the benefits of cinnamon outweigh the risks.

Summary: Cassia cinnamon is high in coumarin, which may cause liver damage. Also, people with diabetes should consider the risk of hypoglycemia when consuming large amounts of cinnamon.

How Much Should You Take?

Cinnamon's benefits for lowering blood sugar have been well-studied.

Yet despite this, no consensus has been reached regarding how much you should consume to reap the benefits while avoiding potential risks.

Studies have typically used 1–6 grams per day, either as a supplement or powder added to foods.

One study reported that the blood sugar of people taking either 1, 3 or 6 grams daily all decreased by the same amount (26).

Given that people on the smallest dose saw the same benefit as those on the largest dose, there may be no need to take large doses.

Additionally, a number of studies have shown that the coumarin content of Cassia cinnamon can vary. Therefore, it would be wise not to exceed 0.5–1 grams of it per day to avoid surpassing the tolerable daily intake of coumarin.

Much less caution can be taken with Ceylon cinnamon. Consuming up to 1.2 teaspoons (6 grams) daily should be safe as far as coumarin content is concerned.

Summary: Limit Cassia cinnamon to 0.5–1 gram per day. Ceylon cinnamon can be consumed in higher amounts, even though it may not be necessary.

Many studies have shown that cinnamon has the ability to lower blood sugar and help manage common diabetes complications, among other health benefits.

If you want to take cinnamon supplements or add it to your meals to help lower your blood sugar, it would be wise to use Ceylon instead of Cassia.

It may be more expensive, but Ceylon cinnamon contains more antioxidants and lower amounts of coumarin, which can potentially cause liver damage.

It's probably best not to exceed 0.5–1 grams of Cassia daily, but taking up to 1.2 teaspoons (6 grams) daily of Ceylon cinnamon should be safe. 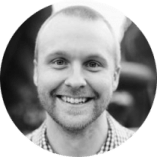