Identifying and Treating a Lip Tie in Babies and Toddlers

The piece of tissue behind your upper lip is called the frenulum. When these membranes are too thick or too stiff, they can keep the upper lip from moving freely. This condition is called a lip tie.

Lip tie has not been studied as much as tongue tie, but treatments for lip ties and tongue ties are very similar. Tongue tie with lip tie can make breastfeeding difficult for babies, and in some cases, cause babies to have trouble gaining weight.

Lip ties are less common than a similar (and sometimes co-occurring) condition: tongue tie. There’s reason to believe that lip ties and tongue ties are genetic.

Lip tie isn’t dangerous for babies, as long as they’re gaining weight according to their pediatrician’s guidelines. But lip tie, once diagnosed, is easy to correct.

Difficulty breastfeeding is one of the most common indications that your child may have a lip tie or tongue tie. The symptoms include:

If a child has lip tie and you’re a breastfeeding mother, you may experience:

Babies who have a severe tongue tie or severe lip tie may have trouble gaining weight. You may need to supplement breastfeeding with formula or breast milk fed from a bottle if that makes it easier for your baby to get nourishment.

Babies who have a severe lip or tongue tie may go on to have difficulty eating from a spoon or eating finger foods, according to the American Speech-Language Hearing Association.

Lip ties don’t have as many complications later in life. Some pediatricians believe that an untreated lip tie can lead to a higher likelihood of tooth decay for toddlers.

The key to diagnosing a lip tie is understanding if the upper lip’s movement is restricted. If the lips aren’t able to move because the membrane is rigid or tight, your child may have a lip tie.

If there are no symptoms or problems resulting from a membrane connecting the upper lip to the upper gumline, your child may simply have a labial frenulum.

Babies who have breastfeeding difficulties should have a feeding evaluation. If they have problems with their latch, a doctor should be able to quickly determine if lip tie or tongue tie is the cause.

How to feed a child with a lip tie

A baby with a lip tie may have an easier time drinking from a bottle. Milk that has been pumped from your breast, or formula you buy at the store, are both acceptable forms of nutrition. They’ll keep your baby on the right track, growth-wise, while you figure out if your child needs a lip tie revision.

If you’d like to continue breastfeeding, make sure that you pump milk every time your child takes formula in order to keep up your milk supply.

To breastfeed a baby with a lip tie, you may have to be a little strategic. Try softening your breast with your baby’s saliva before attempting to latch, and practice proper latching technique so that your baby can connect more fully to your breast.

A lactation consultant may be able to help you brainstorm more ways to make nursing more comfortable and efficient for you and your baby.

There are therapy techniques that attempt to loosen a lip tie and make it easier for babies to breastfeed. Sliding your finger along the top of your baby’s lip and practicing loosening the gap between the lip and gumline can gradually improve the mobility of your child’s lip.

Level 1 and Level 2 lip ties are typically left alone and do not require revision. If there’s a tongue tie as well as a lip tie restricting your baby’s ability to feed, a pediatrician may advise you to “revise” or “release” them both, even if the lip tie is considered to be Level 1 or Level 2.

Level 3 or Level 4 lip ties may require what’s called a “frenectomy” procedure. This can be performed by a pediatrician or, in some cases, a pediatric dentist.

A frenectomy neatly severs the membrane connecting the lip to the gums. It can be performed using a laser or a sterilized surgical scissor. Breastfeeding experts at La Leche League report that this procedure causes the baby very little, if any, pain or discomfort. No anesthesia is generally required to revise a lip tie.

There’s little evidence at this point that a frenectomy for lip tie improves breastfeeding. But one with more than 200 participants showed that frenectomy procedures greatly improve breastfeeding outcomes, with nearly immediate effects.

A lip tie can make nursing challenging and create issues with weight gain in newborn babies. This condition isn’t hard to spot and is simple to treat with the help of your pediatrician and lactation consultant.

Remember, breastfeeding is not supposed to be an uncomfortable experience that hurts you. Speak with your child’s pediatrician about any concerns you have about nursing or your child’s weight gain. 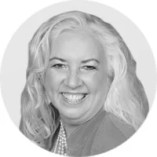