Everything You Need to Know About Labiaplasty

“A labiaplasty is most often performed on the labia minora, the folds closest to the clitoris, to create a ‘tucked in’ appearance,” explains board-certified anti-aging expert Dr. Sofia Din, author of Do We Really Need Botox: A Handbook of Anti-Aging.

What are the reasons some vulva owners are taking the blade to their bits? And what does the procedure involve? Here are the facts.

Why is it done?

Know this: There is a H-U-G-E range of what qualifies as a normal labia length and look!

Dr. Din likens labia to earlobes: “Just as no two lobes have the same thickness, length, or color, no two vulvas and labias are the same.” (For visual evidence of this, she recommends checking out The Labia Library and The Great Wall of Vagina).

Is it ever medically necessary?

Dr. Din is quick to call out that for most people labiaplasty isn’t medically necessary. Rather, it’s a cosmetic procedure they elect to have because they’ve decided that a smaller or shorter labia minora is desirable.

However, yes (!) sometimes it is medically necessary.

Dr. Norman M. Rowe, a board certified plastic surgeon, says it’s considered medically necessary if your labia get “sucked” or “tucked” into the vagina during sex. This can result in painful tears in the vulva skin.

Same goes if things like wearing underwear or a bathsuit, walking, running, biking, or even sitting are painful or irritate or chafe the vulvar skin.

Some folks are born with longer labia, but Dr. Heather J. Furnas, FACS, notes that childbirth and simply getting older can also result in labia elongation, making the procedure necessary later in life.

How common is it?

The American Society of Plastic Surgeons (ASPS) reports that around 10,000 labiaplasty procedures are done each year.

For a sense of comparison: The same data shows that about 215,000 people get rhinoplasties (nose jobs) a year, and 300,000 people get breast augmentations (boob jobs) each year.

Is there anyone who shouldn’t get one?

You should be in good health before going under the knife. So, anyone who has a preexisting disease likely shouldn’t get one.

Dr. Furnas adds: “The patient should also be in good psychological condition. The patient who is focusing on millimeters of perfection will never be happy and isn’t a good surgical candidate.”

“While plastic surgery is a personal choice, in my opinion, most vulva owners should not get one because their vulvas are normal and beautiful the way they are,” says Dr. Din.

Are there any potential risks?

“Anytime you go under the knife, there are risks,” says Dr. Din.

Here, the main risks include:

The ASPS notes that risks also include bleeding, hematoma, and infection.

While some vulva owners elect to have a drastic reduction in labial length, if the labia are over-resected, or too much skin is removed, it can prevent the labia from doing their job: protecting the vaginal opening.

As a result, it may become easier for things to get inside the vagina and throw of the pH balance, explains Dr. Rowe. This could result in more vaginal infections.

Are the results guaranteed?

Most labiaplasties do as they’re intended to do: shorten the labia.

So folks who elect to get the procedure because their OG labia were getting twisted, tugged, or tearing will find relief, says Dr. Furnas. “These patients often call the surgery life-changing,” she says.

Worth adding: The procedure is still new enough that there’s no data on how things like menopause and childbirth affect the results obtained by the labiaplasty.

How can you find a reputable provider?

From there, they’ll be able to connect you with someone who regularly performs labiaplasties, if they don’t themselves.

“People who perform labiaplasty regularly have before-and-after photos on their website, which I recommend checking out,” Dr. Furnas says.

Do you need to do anything to prepare?

In addition to taking off work and making sure your loosest panties are laundered and ready for wear, you should get plenty of sleep, eat healthy, and drink plenty of water in the days leading up to the procedure.

How is it done?

There are two main types of procedures to address the labia minora: edge resection and wedge resection. Both of which are usually done under anesthesia.

Edge resection involves trimming the “excess” protruding edges of the labia, the way you’d trim your hair during a haircut, for instance.

Wedge resection maintains the original labial edges by cutting wedge-shaped slivers of skin out of the center of the labia minora, bringing the remaining skin together with dissolvable sutures.

Procedures to address the labia majora typically go one of two ways:

What can you expect from aftercare and recovery?

It’s usually an outpatient procedure, meaning you get to recuperate at home. But that doesn’t mean the procedure isn’t a big one.

In fact, Dr. Furnas says the labia will be pretty sore and swollen after. Dr. Din advises folks to take at least 3 to 7 days off work.

People recovering from the procedure are usually advised to:

The ASPS notes that you can also reduce pain and swelling by laying with your bottom elevated to reduce swelling. You can also place an ice pack over your underwear “20 minutes on, 20 minutes off” increments.

While most swelling will be gone after 6 weeks, residual swelling may take 6 months to disappear, according to the ASPS.

Is a follow-up appointment necessary?

Yep. Usually you’ll have 1 or 2 follow-ups so your doctor can make sure the area is healing well.

Is there anything else you should know before scheduling a consultation?

Dr. Din says anyone considering a labiaplasty needs to know there are other options for either altering the length of their labia, or how they feel about the length. A few options below:

Let your pubes grow out. The rise in the number of folks seeking labiaplasties coincides with number of folks getting Brazilian wax and ‘all bare down there’ look. When you remove the hair you become more aware of the appearance of what’s usually hidden by hair. Trying out a new hairstyle may help you feel more confident about your vulva.

Get an O-shot. An O-shot involves taking blood from other parts of your bod and injecting it into the clitoris. For folks who are interested in getting a labiaplasty because the labia is interfering with sexual arousal, Dr. Din says this is a great alternative. Bonus: Recovery is only a day or two compared to 4 to 6 weeks.

Talk to a therapist. It’s not uncommon for vulva owners who dislike their labia to dislike (or even hate) other parts of their body as well. If this sounds like you, working with a therapist who specializes in body dysmorphia may be helpful.

Stop sleeping with anyone contributing to labia shame. “There are ignorant, obnoxious people out there who don’t have vulvas, who make their partners feel embarrassed about the look of their vulvas,” says Dr. Jill McDevitt, CalExotics‘ resident sexologist. “If you have a partner making you feel that way, don’t f*ck them.”

Are your labia interfering with the quality of your life? Talk to a healthcare provider about whether they think you’re a good candidate for a labiaplasty.

But if you’re interested in a labiaplasty because you think your labia don’t look like how they’re “supposed” to look, know that it’s exceedingly unlikely (!) that your labia are abnormal.

Gabrielle Kassel is a New York-based sex and wellness writer and CrossFit Level 1 Trainer. She’s become a morning person, tested over 200 vibrators, and eaten, drunk, and brushed with charcoal — all in the name of journalism. In her free time, she can be found reading self-help books and romance novels, bench-pressing, or pole dancing. Follow her on Instagram. 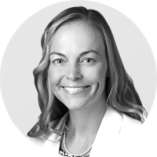