Is Broccoli Good for Gout?

Gout is a painful form of arthritis that you can often manage by watching your diet.

Diet goals for gout include avoiding foods high in uric acid because eating these foods can worsen symptoms.

Fortunately, there’s lots of healthy and delicious foods out there that are low in uric acid. Broccoli is one of them. Here’s why broccoli is a good option for people living with gout.

Why broccoli is good for gout

Broccoli has a lot of things going for it when it comes to gout prevention:

Whether you prefer the stems or the florets, all broccoli parts contain nutritious compounds that are beneficial for those with gout. You can serve broccoli on its own or add it to omelets, casseroles, stir-fry’s, or other dishes.

Gout is the result of a condition doctors call hyperuricemia. This is when you have too much uric acid present in your body. The excess uric acid starts to collect in your joints, tissues, and body fluids. As a result, some people develop gout symptoms.

The body breaks down purines from foods into uric acid. While your diet isn’t the only factor that increases the risk for gout, it’s one you can easily change.

Other risk factors for gout include:

Preventing future gout attacks often requires a combination of lifestyle changes and sometimes medications. If you aren’t sure where to start, making dietary changes and talking to your doctor can help.

Most healthy foods are also gout-friendly. Some of the best choices for reducing gout risk include:

In addition to eating gout-friendly foods, drinking plenty of water can help you fight gout. Drinking between 8 to 13 cups of water a day can help to flush uric acid through your body.

Foods with moderate amounts of purines

Some foods are moderate in purines. These are foods you shouldn’t eat in excess, but are usually okay to eat once or twice a day.

A that compared the Dietary Approaches to Stop Hypertension (DASH) diet with a traditional Western diet that contains alcohol and red or processed meats found people who followed the DASH diet had a lower risk for gout.

Foods to avoid if you have gout

First things first: We aren’t telling you to completely avoid high-purine foods — but restricting them in your diet can often help reduce gout symptoms.

The following foods are high in purines:

Reserving these foods for special occasions can help.

Diet is a lifestyle factor that you can adjust when you have gout. Avoiding foods high in purines can help — so can eating a healthy, low-sodium diet that includes veggies like broccoli.

If you experience repeat gout attacks, talk to your doctor about other treatment options that can help. 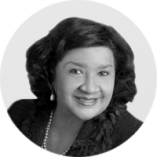