17 Foods and Drinks for When the Stomach Flu Strikes

Scientifically, the stomach flu is known as viral gastroenteritis, a highly contagious infection that affects your stomach and intestines.

Norovirus — the most common stomach flu virus — results in 19–21 million cases each year in the United States alone ().

The primary symptoms of the stomach flu include nausea, vomiting, diarrhea, stomach cramping, and abdominal pain (2).

Fortunately, some foods and beverages may help settle your stomach, prevent further complications, and help you bounce back faster.

Here are 17 foods and drinks for when you have the stomach flu.

The most common complication of the stomach flu is dehydration (3).

When the virus strikes you, it can be difficult to keep anything down, including water and other liquids.

Though hydration is crucial when faced with this illness, drinking too much at once may worsen nausea and vomiting.

Sucking on ice chips is a great place to start, as it prevents you from consuming liquids too quickly. This may help you keep fluids down and stay better hydrated in the early stages of the stomach flu ().

Summary Ice chips help you take in water slowly, which your body may tolerate better in the early stages of the stomach flu.

Diarrhea and vomiting are the main symptoms of the stomach flu. They can quickly lead to dehydration if lost fluids aren’t replaced ().

Clear liquids are mainly composed of water and carbs, making them easy to digest. Some options are:

Keep in mind that fruit juices and sports drinks can be very high in sugar, so it’s important to not drink too much of these beverages at once. Plus, avoid giving them to infants and young children without professional guidance, as they may worsen diarrhea (, , 7).

Summary Clear liquids are easily digested and help replenish fluids lost due to diarrhea and vomiting.

Electrolytes are a group of electrically-charged minerals that aid critical bodily functions, such as blood pressure regulation and muscle contraction (8, 9).

Replacing lost fluids and electrolytes is the cornerstone of stomach flu treatment ().

At the first onset of diarrhea and vomiting, health professionals often recommend oral rehydration solutions, especially for infants and children. These contain water, sugar, and electrolytes in specific proportions that are easy to digest (, , ).

Sports drinks are another option to help replenish fluids and electrolytes but are typically higher in sugar.

Researchers suggest that they may be just as effective as oral rehydration solutions at treating dehydration in adults ().

In one study in 26 people who experienced nausea after surgery, smelling peppermint oil while doing deep breathing exercises relieved nausea in 58% of participants ().

Other studies suggest that smelling peppermint oil may help decrease episodes of diarrhea in those with irritable bowel syndrome (IBS) ().

While studies on the benefits of peppermint tea for stomach flu specifically are lacking, there is little to lose by trying it. At the very least, peppermint tea is a potential source of much-needed fluids when you’re sick.

Summary Several studies suggest that smelling peppermint may alleviate nausea, though more research is needed on peppermint and the stomach flu specifically.

Ginger is commonly used to alleviate nausea, a primary symptom of the stomach flu ().

Though research on ginger for nausea during the stomach flu specifically is lacking, several studies have found that ginger helped reduce nausea due to pregnancy, cancer treatment, and motion sickness (, , ).

Ginger is available fresh, as a spice, or as an ingredient in teas, ginger ale, and candies. Meanwhile, concentrated amounts of this spice can be found in syrups, capsules, and tinctures ().

However, it may be best to avoid concentrated sources, as ginger may cause diarrhea when taken in high doses ().

Instead, try freshly grating ginger root into a soup or brewing it in tea to potentially relieve nausea during the stomach flu.

When experiencing diarrhea, the American College of Gastroenterology recommends broth and broth-based soups as a first choice when transitioning back to eating (24).

Broth-based soups have a very high water content, which can help with hydration during a bout of stomach flu.

They’re also an excellent source of sodium, an electrolyte that can quickly become depleted with frequent vomiting and diarrhea.

Summary During the stomach flu, broth-based soups are an ideal transition to solid foods, as they provide plenty of fluids and electrolytes.

Bananas, rice, applesauce, and toast are the foundation of the BRAT diet.

Health professionals commonly recommend these bland foods for stomach complaints, as they’re gentle on your stomach.

Keep in mind that the BRAT diet alone will not provide your body with all the nutrients it needs.

In fact, the American Academy of Pediatrics recommends that children return to their usual age-appropriate diets as soon as they are rehydrated (, ).

Nonetheless, bananas, rice, applesauce, and toast are safe options to start with when queasy from the stomach flu.

Summary Bananas, rice, applesauce, and toast are safe foods to try while sick with the stomach flu.

To avoid triggering nausea and vomiting during the stomach flu, dry foods like cereal, plain crackers, and pretzels are safe options (28, ).

Since they’re free of spices, low in fat, and low in fiber, they’re gentle on your tummy.

They’re also made up of simple carbs, which are quickly and easily digested ().

What’s more, these refined grains are often fortified with essential vitamins and minerals, which may help you get closer to meeting your daily nutrient needs while ill ().

Summary Dry cereal, crackers, and pretzels may be better tolerated during the stomach flu, as they’re easy to digest, free of spices and low in fat and fiber.

Bland foods like plain potatoes are great options when you have the stomach flu.

Plain potatoes are soft, low in fat, and made up of easily digestible starches. They’re also loaded with potassium, which is one of the primary electrolytes lost during vomiting and diarrhea ().

Avoid adding high-fat toppings, such as butter, cheese, and sour cream, as they can worsen diarrhea. Instead, consider seasoning your potatoes with a dash of salt, as sodium can become depleted during the stomach flu.

Summary Plain potatoes are easily digested and rich in potassium, an important electrolyte that can become depleted during the stomach flu.

Eggs are a nutritious choice when you’re ill with the stomach flu.

When prepared with minimal added fat, dairy, and spices, eggs are easy on your stomach.

They’re also an excellent source of protein, with 6 grams per large egg, and provide other nutrients, like B vitamins and selenium, which is a mineral that’s important for your immune system (, ).

Avoid frying eggs in oil, butter, or lard, as high amounts of fat may worsen your diarrhea (36).

Summary Eggs are easy on your stomach and rich in protein and other nutrients, making them a great option when you’re sick with the stomach flu.

Lean poultry and meats may be better tolerated than high-fat options when you have the stomach flu. Lean choices include:

Avoid frying the meat and instead opt for baking, roasting, or grilling to help keep the fat content low and prevent further aggravating your upset stomach.

Summary Low-fat poultry and meat are recommended over high-fat options, as they may be better tolerated during the stomach flu.

When hit with the stomach flu, replenishing fluids is a top priority.

Beverages aren’t the only option for hydration. In fact, many fruits are 80–90% water. The following are some of the fruits highest in water (, , , ):

Fruits also provide an abundance of vitamins and minerals, such as potassium and vitamins A and C ().

Summary Eating fruit can help replenish fluids when you have the stomach flu, which is a top priority.

Food and drinks to avoid

Some foods and beverages may worsen nausea, vomiting, diarrhea, and other stomach flu symptoms. Consider avoiding the following:

When faced with the stomach flu, it can be difficult to keep food and beverages down.

Until you’re able to tolerate your usual diet, bland options like soups, refined grains, and plain potatoes are safe. Eggs, fruit, and low-fat poultry may also be easier to digest.

Allowing your body to rest, staying hydrated, and trying some of the foods on this list may help you recover more quickly when the stomach flu strikes. 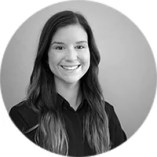