What Is Gluten? Definition, Foods, and Side Effects

The introduction of these products took what was once an extraordinarily difficult diet to follow and made it much simpler and considerably more accessible for the many people who need it.

This article reviews everything you need to know about gluten, including what it is, which foods contain it, and how it may affect those with gluten intolerance.

Gluten is a family of storage proteins — formally known as prolamins — that are naturally found in certain cereal grains, such as wheat, barley, and rye ().

Many different prolamins fall under the gluten umbrella, but they can be further classified based on the specific grains in which they’re found.

For instance, glutenins and gliadins are the prolamins in wheat, secalins are in rye, and hordeins are in barley ().

Gluten offers a variety of functional culinary benefits and is responsible for the soft, chewy texture that is characteristic of many gluten-containing, grain-based foods ().

When heated, gluten proteins form an elastic network that can stretch and trap gas, allowing for optimal leavening or rising and maintenance of moisture in breads, pasta, and other similar products ().

Because of these unique physical properties, gluten is also frequently used as an additive to improve texture and promote moisture retention in a variety of processed foods.

Gluten-free diets are more common than ever, but gluten does not pose a health risk to the majority of the population. That said, people with celiac disease cannot tolerate gluten and must eliminate it from their diets to avoid harmful, adverse reactions.

Gluten is a group of various proteins found in certain grains. It performs a variety of beneficial functions in bread products, but those with celiac disease cannot tolerate it.

Gluten may be found in a variety of whole and processed foods, including:

Because gluten is often used in food production as a thickener or stabilizer, it’s not always clear whether a particular food contains it.

What’s more, many commercial food operations share preparation equipment with gluten-containing foods. Thus, even if a food is inherently gluten-free, it could be contaminated with gluten during processing.

If you follow a strict gluten-free diet and are unsure about a particular food’s gluten status, check the package for a gluten-free label or contact the manufacturer prior to purchasing it.

When it comes to gluten-free diets, oats are a bit of a conundrum.

One of the main issues with oats is that they’re frequently transported and processed with equipment shared with wheat. This leads to widespread gluten contamination of oats, even if there isn’t mention of wheat or gluten on the product label ().

Still, it’s easy to find oats that are certified and labeled gluten-free. Gluten-free oats are just regular oats that have been processed using equipment and facilities that are free of gluten contamination.

However, some experts argue that there’s no such thing as gluten-free oats — even if they’re labeled as such.

Oats contain a protein called avenin that is structurally very similar to the proteins in gluten.

Early research suggests that, in rare cases, a small percentage of people with existing gluten intolerance may experience a similar reaction to avenin as they do to gluten (, ).

That said, the vast majority of current evidence suggests that most people with gluten intolerance can tolerate gluten-free oats with no issues ().

In fact, uncontaminated oats are often encouraged for gluten-free diets due to their rich supply of fiber and essential nutrients (, ).

Ultimately, more research is needed to better understand how avenin in oats affects digestion and immune function in people with gluten intolerance.

If you suspect that you may be intolerant to oats, consult your healthcare provider.

Gluten may be present in a variety of foods, including wheat, barley, rye, and related grains. It’s also used as a thickening agent in processed foods.

What does a gluten-free label mean?

If you’re working on eliminating gluten from your diet, it can be challenging to know whether a product was supplemented with gluten or inadvertently contaminated during processing.

This is why many government health authorities have implemented gluten-free food labeling regulations.

While these labels can make gluten elimination much easier, they don’t necessarily mean that gluten is completely absent from the item.

In the United States, the European Union, and Canada, a product can carry a gluten-free label as long as gluten makes up fewer than 20 parts per million (ppm) of the product. That means that for every million parts of the food, up to 20 of them can be gluten (, ).

The 20 ppm threshold was set due to some evidence suggesting that the majority of people with gluten intolerance are unlikely to experience adverse reactions at this level. However, some countries have opted to set the limit as low as 3 ppm ().

Gluten-free food labels are used in many countries, but they don’t mean that a particular product is completely free of this protein. Most countries allow up to 20 ppm of gluten in products labeled gluten-free.

Though gluten is safe for most people, certain medical conditions require a gluten-free diet as part of the treatment protocol.

Celiac disease is a serious autoimmune condition in which a person’s immune system attacks cells of their small intestine when they ingest gluten ().

It is one of the best-researched causes of gluten intolerance and is estimated to affect approximately 1% of the global population ().

Like many other autoimmune conditions, the exact cause of celiac disease remains unclear, but there is strong evidence of a genetic component ().

Medicinal treatments for celiac disease are currently being researched, but the most widely accepted and utilized treatment is a strict gluten-free diet ().

Non-celiac gluten sensitivity (NCGS) describes several negative symptoms that are resolved when gluten is eliminated from the diets of people who do not test positive for celiac disease or wheat allergy ().

At this point, very little is known about NCGS — but current treatment includes adherence to a gluten-free diet.

A wheat allergy is not true gluten intolerance but a closely related condition.

In fact, wheat allergies are an intolerance to wheat itself, not just the gluten protein. Thus, someone with a wheat allergy must avoid wheat but may still safely consume gluten from non-wheat sources like barley or rye ().

That said, many people who have a wheat allergy end up following a mostly gluten-free diet because the two ingredients are so closely linked and coexist in many of the same foods.

Symptoms of gluten intolerance can manifest very differently depending on the individual.

The range of possible symptoms that may be caused by gluten intolerance are vast and not always intuitive. In fact, some people have no obvious symptoms at all. This a major reason why conditions like celiac disease or NCGS often go untreated or misdiagnosed.

Symptoms of gluten intolerance may include (, ):

If you suspect that you have gluten intolerance in any form, you should consult your healthcare provider — even before attempting to eliminate gluten from your diet.

Some testing procedures for certain gluten-related conditions like celiac disease may give inaccurate results if you’re already adhering to a strict gluten-free diet ().

What’s more, certain symptoms that may seem like gluten intolerance could be a reaction to something else entirely.

Thus, the best first-line approach is to discuss your symptoms with an expert before attempting to diagnose or treat yourself.

Gluten-free diets are more popular than ever, but there’s often confusion about what gluten is and when it ought to be eliminated.

Gluten refers to a variety of proteins naturally found in cereal grains, such as wheat, barley, and rye.

There is nothing inherently unhealthy about gluten, but people with certain medical conditions like celiac disease, non-celiac gluten sensitivity, or wheat allergy should avoid it, as it may cause serious adverse reactions.

Symptoms of gluten intolerance are broad and may include digestive issues, inflamed skin, and neurological problems.

If you suspect that you have an intolerance to gluten, consult a qualified healthcare provider. 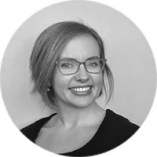