Watercress is an often overlooked leafy green that packs a powerful nutrient punch.

Its small, round leaves and edible stems have a peppery, slightly spicy flavor.

Watercress is part of the Brassicaceae family of vegetables, which also includes kale, Brussels sprouts and cabbage ().

Once considered a weed, it was first cultivated in the UK in the early 1800s but is now grown in watery beds throughout the world.

Watercress is low in calories but packs a vast array of nutrients.

Nutrient density is a measure of the nutrients a food contains in relation to how many calories it provides. Therefore, watercress is an extremely nutrient-dense food.

In fact, it’s ranked number one on the US Centers for Disease Control’s Powerhouse Fruits and Vegetables list ().

One cup (34 grams) of watercress contains the following (3):

As you can see, one cup (34 grams) of watercress provides over 100% of the RDI for vitamin K, a fat-soluble vitamin necessary for blood clotting and healthy bones (4).

Summary Watercress boasts many important vitamins and minerals, including over 100% of the RDI for vitamin K.

2. High Antioxidant Content May Lower Your Risk of Chronic Diseases

Watercress is packed with plant compounds called antioxidants that protect against cell damage caused by free radicals, which are harmful molecules that lead to oxidative stress.

Oxidative stress has been associated with several chronic illnesses including diabetes, cancer and cardiovascular disease ().

Fortunately, diets high in antioxidant-rich foods like watercress can help protect against oxidative stress, which may lower your risk of these diseases.

One study on the antioxidant compounds in 12 different cruciferous vegetables found over 40 unique flavonoids, a type of plant chemical, in watercress ().

In fact, watercress outperformed all other vegetables in this study in terms of total amount of phenols and the ability to neutralize free radicals ().

What’s more, studies have linked the antioxidants in watercress to a lower risk of cancer, diabetes and heart disease (, ).

Summary Watercress is extremely high in antioxidants, which may help prevent chronic diseases, such as diabetes, cancer and heart disease.

3. Contains Compounds That May Prevent Certain Types of Cancer

Because watercress is high in phytochemicals, it may reduce your risk of developing certain types of cancer.

Watercress and other cruciferous vegetables contain glucosinolates, which are activated to compounds called isothiocyanates when they’re cut with a knife or chewed ().

Isothiocyanates include chemicals such as sulforaphane and phenethyl isothiocyanate (PEITC) (, ).

These compounds protect against cancer by safeguarding healthy cells from damage, inactivating carcinogenic chemicals and blocking the growth and spread of tumors (, , ).

Isothiocyanates found in watercress have been shown to prevent colon, lung, prostate and skin cancers (, , , ).

Additionally, research demonstrates that the isothiocyanates and sulforaphane found in watercress suppress the growth of breast cancer cells (, ).

Summary Watercress contains potent anticancer compounds called isothiocyanates that have been shown to ward off several types of cancer.

4. Beneficial for Heart Health in Many Impressive Ways

Eating watercress may be beneficial for heart health in several different ways.

Watercress Is a Cruciferous Vegetable

A review of studies in over 500,000 individuals linked eating cruciferous vegetables to a 16% reduced risk of heart disease ().

Watercress contains the antioxidants beta carotene, zeaxanthin and lutein. Low levels of these carotenoids are associated with heart disease and high blood pressure ().

Studies have shown that high levels of carotenoids not only protect against the development of heart disease but also lower your risk of heart attack and strokes ().

Watercress also contains dietary nitrates, which boost blood vessel health by reducing inflammation and decreasing the stiffness and thickness of your blood vessels ().

Dietary nitrates have also been shown to lower blood pressure by increasing nitric oxide in your blood ().

Summary Watercress has many potential benefits for heart health, including lowering blood pressure and cholesterol levels. Diets high in cruciferous vegetables are linked to a lower risk of heart disease.

Though calcium is well-known for its effects on bone health, magnesium, vitamin K and potassium also play important roles ().

A balanced diet high in nutrient-dense vegetables is correlated with a positive effect on bone health ().

Additionally, one cup (34 grams) of watercress provides more than 100% of the RDI for vitamin K (3).

Vitamin K is a component of osteocalcin, a protein that makes up healthy bone tissue and helps regulate bone turnover (4, ).

Summary Watercress contains many nutrients important for bone health, including over 100% of the RDI for vitamin K.

Vitamin C is renowned for its beneficial effects on immune health. Deficiency in vitamin C has been linked to decreased immune function and increased inflammation ().

Though studies in the general population have not conclusively shown that vitamin C decreases your risk of the common cold, it does reduce the duration of symptoms by 8% ().

Summary Watercress is a good source of vitamin C, which promotes a healthy immune system and reduces your risk of infection.

Though it hasn’t been studied specifically, watercress may have benefits for weight management as well.

If you’re trying to lose weight, adding this nutritious, low-calorie vegetable to your diet is certainly worth a try.

Summary Watercress is a highly nutritious vegetable that can help fill you up for very few calories, which may aid weight loss.

Nitrates are compounds found naturally in foods such as beets, radishes and leafy green vegetables like watercress ().

They relax your blood vessels and increase the amount of nitric oxide in your blood, which may improve exercise performance ().

Several studies on dietary nitrates from beets and other vegetables have demonstrated improved exercise performance in athletes ().

However, a small study in healthy individuals taking 100 grams of watercress daily for seven days found that watercress increased carbon dioxide production during exercise, which may have a negative impact on performance ().

While a considerable amount of research indicates that dietary nitrates may enhance exercise performance, conclusive evidence that watercress improves athletic performance is lacking.

Summary Watercress is a source of dietary nitrates, which have been linked to improved athletic performance. However, there are currently no studies on watercress that confirm these beneficial effects.

9. Rich in Carotenoids and Vitamin C, Which May Protect Eye Health

Watercress contains lutein and zeaxanthin, which are antioxidant compounds in the carotenoid family.

Numerous studies have shown that lutein and zeaxanthin are essential for eye health ().

In particular, they protect your eyes against damage from blue light ().

Lutein and zeaxanthin have also been linked to a lower risk of developing age-related macular degeneration and cataracts ().

Furthermore, the vitamin C in watercress is associated with a lower risk of developing cataracts as well ().

Summary Watercress contains the carotenoids lutein and zeaxanthin, which are essential for eye health. Watercress is also a good source of vitamin C, which may protect against cataracts.

10. Versatile Addition to Any Meal

Watercress can be used in a wide variety of dishes.

However, to get the most benefits from its active antioxidant compounds, it’s best eaten raw or lightly steamed ().

Here are some easy ways to add watercress to your diet:

Summary Watercress is a versatile addition to your meal routine. Eat it in a salad, soup or sandwich or use it to garnish any dish.

Watercress is a powerhouse vegetable that packs several important nutrients but is extremely low in calories.

It contains a plethora of antioxidants, which may lower your risk of heart disease and several types of cancer.

It’s also a good source of minerals that protect your bones.

Additionally, watercress makes a delicious addition to any meal and is a nice change from the usual lettuce or spinach.

Though watercress is hardly one of the most popular vegetables, its nutrition profile makes it a stellar addition to your diet. 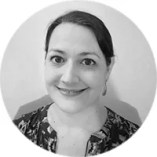