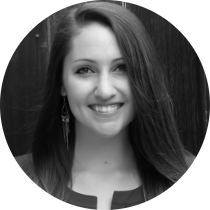 Vitamin C is an essential nutrient that must be consumed regularly to prevent deficiency.

While deficiency is relatively rare in developed countries due to the availability of fresh produce and the addition of vitamin C to certain foods and supplements, it still affects roughly 7% of adults in the US ().

While symptoms of severe vitamin C deficiency can take months to develop, there are some subtle signs to watch out for.

Here are the 15 most common signs and symptoms of vitamin C deficiency.

Vitamin C plays a key role in collagen production, a protein that is abundant in connective tissues like skin, hair, joints, bones and blood vessels ().

When vitamin C levels are low, a skin condition known as keratosis pilaris can develop.

In this condition, bumpy “chicken skin” forms on the back of the upper arms, thighs or buttocks due to a buildup of keratin protein inside the pores ().

However, there are many other potential causes of keratosis pilaris, so its presence alone is not enough to diagnose a deficiency.

Summary Vitamin C deficiency can cause the formation of small acne-like bumps on the arms, thighs or buttocks. However, these bumps alone are not enough to diagnose a deficiency.

Vitamin C deficiency can also cause hair to grow in bent or coiled shapes due to defects that develop in the protein structure of hair as it grows ().

Corkscrew-shaped hair is one of the hallmark signs of vitamin C deficiency but may not be obvious, as these damaged hairs are more likely to break off or fall out ().

Hair abnormalities often resolve within one month of treatment with adequate amounts of vitamin C ().

Summary Abnormally bent, coiled or corkscrew-shaped body hairs are a hallmark sign of vitamin C deficiency, but they may be difficult to detect, as these hairs are more likely to fall out.

Hair follicles on the surface of the skin contain many tiny blood vessels that supply blood and nutrients to the area.

When the body is deficient in vitamin C, these small blood vessels become fragile and break easily, causing small, bright red spots to appear around the hair follicles.

This is known as perifollicular hemorrhage and a well-documented sign of severe vitamin C deficiency (, ).

Summary Hair follicles contain many tiny blood vessels that can rupture due to a vitamin C deficiency, causing bright red spots to appear around the follicles.

Spoon-shaped nails are characterized by their concave shape and often thin and brittle.

They are more commonly associated with iron deficiency anemia but have also been linked to vitamin C deficiency (, ).

Red spots or vertical lines in the nail bed, known as splinter hemorrhage, may also appear during vitamin C deficiency due to weakened blood vessels that rupture easily.

While the visual appearance of fingernails and toenails may help determine the likelihood of vitamin C deficiency, note that it’s not considered diagnostic.

Summary Vitamin C deficiency is associated with spoon-shaped fingernails and red lines or spots underneath the nail bed.

Vitamin C keeps skin healthy by protecting it from oxidative damage caused by the sun and exposure to pollutants like cigarette smoke or the ozone (, ).

While dry, damaged skin can be linked to vitamin C deficiency, it can also be caused by many other factors, so this symptom alone is not enough to diagnose a deficiency.

Summary Low intakes of vitamin C are associated with dry, sun-damaged skin, but these symptoms can also be caused by other factors.

Bruising occurs when blood vessels under the skin rupture, causing blood to leak into the surrounding areas.

Deficiency-related bruises may cover large areas of the body or appear as small, purple dots under the skin (, , ).

Easy bruising is often one of the first obvious symptoms of a deficiency and should warrant further investigation into vitamin C levels (, , ).

Research has shown that people with chronic, non-healing leg ulcers are significantly more likely to be deficient in vitamin C than those without chronic leg ulcers ().

In severe cases of vitamin C deficiency, old wounds may even reopen, increasing the risk of infection (, ).

Slow wound healing is one of the more advanced signs of deficiency and typically not seen until someone has been deficient for many months (, ).

Summary Vitamin C deficiency interferes with tissue formation, causing wounds to heal more slowly. This is considered an advanced sign of deficiency, so other signs and symptoms would likely appear first.

Since joints contain a lot of collagen-rich connective tissue, they can also be affected by vitamin C deficiency.

There have been many reported cases of joint pain associated with vitamin C deficiency, often severe enough to cause limping or difficulty walking (, , , ).

Bleeding within the joints can also occur in people who are deficient in vitamin C, causing swelling and additional pain ().

Yet, both of these symptoms can be treated with vitamin C supplements and commonly resolve within one week ().

Vitamin C deficiency can also affect bone health. In fact, low intake has been linked to increased risk of fracture and osteoporosis (, , ).

Research has found that vitamin C plays a critical role in bone formation, so a deficiency can increase the rate of bone loss ().

Children’s skeletons may be especially affected by vitamin C deficiency, as they are still growing and developing (, , ).

Summary Vitamin C is important for bone formation, and deficiency can increase the risk of developing weak and brittle bones.

In advanced stages of vitamin C deficiency, gums may even appear purple and rotten ().

Eventually, teeth can fall out due to unhealthy gums and weak dentin, the calcified inner layer of teeth (, ).

Summary Red, bleeding gums are a common sign of vitamin C deficiency, and severe deficiency can even lead to tooth loss.

Vitamin C deficiency is associated with poor immunity and a higher risk of infection, including serious illnesses like pneumonia (, , ).

In fact, many people with scurvy, a disease caused by vitamin C deficiency, eventually die of infection due to their poorly functioning immune systems ().

Summary Vitamin C is an important nutrient for the immune system. Low vitamin C levels are linked to an increased risk of infection, while severe deficiency can cause death from infectious diseases.

Low levels of vitamin C may contribute to iron deficiency anemia by reducing the absorption of iron from plant-based foods and negatively affecting iron metabolism (, , ).

Vitamin C deficiency also increases the risk of excessive bleeding, which can contribute to anemia ().

If iron deficiency anemia persists for a long time with no obvious causes, it may be wise to check your vitamin C levels.

Summary Vitamin C deficiency may increase the risk of iron deficiency anemia by reducing iron absorption and increasing the likelihood of bleeding.

Two of the earliest signs of vitamin C deficiency are fatigue and poor mood (, ).

These symptoms can even appear even before a full-blown deficiency develops ().

While fatigue and irritability may be some of the first symptoms to appear, they typically resolve after just a few days of adequate intake or within 24 hours of high-dose supplementation ().

Summary Signs of fatigue and poor mood can appear even with low-to-normal levels of vitamin C, but they quickly turn around with adequate vitamin C intake.

Vitamin C may help protect against obesity by regulating the release of fat from fat cells, reducing stress hormones and decreasing inflammation ().

Research has found a consistent link between low intake of vitamin C and excess body fat, but it’s not clear whether it is a cause and effect relationship (, ).

Interestingly, low blood levels of vitamin C have been linked to higher amounts of belly fat, even in normal-weight individuals ().

While excess body fat alone is not enough to indicate a vitamin C deficiency, it may be worth examining after other factors have been ruled out.

Summary Low vitamin C intake has been linked to increased body fat in humans, but other factors may be involved, such as diet quality.

Vitamin C is one of the body’s most important water-soluble antioxidants.

It helps prevent cellular damage by neutralizing free radicals that can cause oxidative stress and inflammation in the body.

Oxidative stress and inflammation have been linked to many chronic illnesses, including heart disease and diabetes, so reducing levels is likely beneficial (, ).

Low intakes of vitamin C have been linked to higher levels of inflammation and oxidative stress, as well as an increased risk of heart disease (, ).

One study found that adults with the lowest blood levels of vitamin C were nearly 40% more likely to develop heart failure within 15 years than those with the highest blood levels, even though they were not deficient in vitamin C ().

Summary Regular consumption of antioxidants like vitamin C is associated with health benefits, while low intakes may increase inflammation and oxidative stress.

Smokers are advised to consume an additional 35 mg per day, as tobacco reduces the absorption of vitamin C and increases the body’s use of the nutrient (, ).

Very little vitamin C is needed to prevent scurvy. Just 10 mg per day is enough, which is roughly the amount found in one tablespoon of fresh bell pepper or the juice of half a lemon (, 58, 59).

Some of the best food sources of vitamin C (per cup) include ():

Vitamin C rapidly breaks down when exposed to heat, so raw fruits and vegetables are better sources than cooked ones ().

Since the body does not store large amounts of vitamin C, it is recommended to eat fresh fruits and vegetables every day.

Supplementing with vitamin C has not been found to be toxic, but taking more than 2,000 mg per day may cause abdominal cramps, diarrhea and nausea, as well as increase the risk of developing oxalate kidney stones in men (, , , ).

Additionally, doses over 250 mg per day may interfere with tests designed to detect blood in the stool or stomach and should be discontinued two weeks before testing ().

Summary Fresh fruits and vegetables are excellent sources of vitamin C and should prevent deficiency when consumed on a daily basis. Supplementing with vitamin C is not toxic but may cause unpleasant side effects at high doses.

Vitamin C deficiency is relatively rare in developed countries but still affects more than 1 in 20 people.

Since humans cannot make vitamin C or store it in large amounts, it must be consumed regularly to prevent deficiency, ideally through fresh fruits and vegetables.

There are many signs and symptoms of deficiency, most of which are related to impairments in collagen production or not consuming enough antioxidants.

Some of the earliest signs of deficiency include fatigue, red gums, easy bruising and bleeding, joint pain and rough, bumpy skin.

As the deficiency progresses, bones may become brittle, nail and hair deformities can develop, wounds may take longer to heal and the immune system suffers.

Inflammation, iron-deficiency anemia and unexplained weight gain may be other signs to watch for.