9 Signs and Symptoms of Vitamin B12 Deficiency 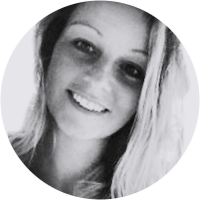 Written by Helen West, RD (UK) on October 7, 2017
If you buy something through a link on this page, we may earn a small commission. How this works.

Vitamin B12, also known as cobalamin, is an important water-soluble vitamin ().

It plays an essential role in the production of your red blood cells and DNA, as well as the proper functioning of your nervous system.

Vitamin B12 is naturally found in animal foods, including meats, fish, poultry, eggs and dairy. However, it can also be found in products fortified with B12, such as some varieties of bread and plant-based milk.

Unfortunately, B12 deficiency is common, especially in the elderly. You’re at risk of deficiency if you don’t get enough from your diet or aren’t able to absorb enough from the food you eat.

People at risk of a B12 deficiency include ():

Low levels of B12 cause your folate levels to drop. However, if you have a B12 deficiency, correcting low folate levels may simply mask the deficiency and fail to fix the underlying problem ().

Here are 9 signs and symptoms of a true vitamin B12 deficiency.

People with a B12 deficiency often look pale or have a slight yellow tinge to the skin and whites of the eyes, a condition known as jaundice.

This happens when a lack of B12 causes problems with your body's red blood cell production ().

Vitamin B12 plays an essential role in the production of the DNA needed to make red blood cells. Without it, the instructions for building the cells are incomplete, and cells are unable to divide ().

This causes a type of anemia called megaloblastic anemia, in which the red blood cells produced in your bone marrow are large and fragile.

These red blood cells are too large to pass out of your bone marrow and into your circulation. Therefore, you don’t have as many red blood cells circulating around your body, and your skin can appear pale in color.

The fragility of these cells also means that many of them break down, causing an excess of bilirubin.

Bilirubin is a slightly red or brown-colored substance, which is produced by the liver when it breaks down old blood cells.

Large amounts of bilirubin are what give your skin and eyes a yellow tinge (, ).

Summary: If you have a B12 deficiency, your skin may appear pale or jaundiced.

Weakness and fatigue are common symptoms of vitamin B12 deficiency.

They occur because your body doesn’t have enough vitamin B12 to make red blood cells, which transport oxygen throughout your body.

As a result, you are unable to efficiently transport oxygen to your body’s cells, making you feel tired and weak.

In the elderly, this type of anemia is often caused by an autoimmune condition known as pernicious anemia.

Intrinsic factor is essential for preventing a B12 deficiency, as it binds with vitamin B12 in your gut so that you are able to absorb it ().

Summary: When you are deficient in B12, your body isn’t able to produce enough red blood cells to effectively transport oxygen throughout your body. This can make you feel tired and weak.

3. Sensations of Pins and Needles

One of the more serious side effects of a long-term B12 deficiency is nerve damage.

This can occur over time, as vitamin B12 is an important contributor to the metabolic pathway that produces the fatty substance myelin. Myelin surrounds your nerves as a form of protection and insulation ().

Without B12, myelin is produced differently, and your nervous system isn’t able to function properly.

One common sign of this happening is paresthesia, or the sensation of pins and needles, which is similar to a prickling sensation in your hands and feet.

That said, sensations of pins and needles are a common symptom that can have many causes, so this symptom alone is not usually a sign of B12 deficiency.

Summary: B12 plays an important role in the production of myelin, which insulates your nerves and is critical to your nervous system function. A common sign of potential nerve damage in B12 deficiency is a sensation of pins and needles.

If untreated, the damage to your nervous system caused by a B12 deficiency could cause changes to the way you walk and move.

It may even affect your balance and coordination, making you more prone to falling.

This symptom is often seen in undiagnosed B12 deficiency in the elderly, as people over the age of 60 are more prone to a B12 deficiency. However, preventing or treating deficiencies in this group may improve mobility (, , ).

Also, this symptom may be present in young people who have a severe, untreated deficiency ().

Summary: The damage caused by long-term, untreated B12 deficiency can affect your balance and cause changes to the way you walk and move.

Glossitis is a term used to describe an inflamed tongue.

If you have glossitis, your tongue changes color and shape, making it painful, red and swollen.

The inflammation can also make your tongue look smooth, as all the tiny bumps on your tongue that contain your taste buds stretch out and disappear.

As well as being painful, glossitis can change the way you eat and speak.

Studies have shown that a swollen and inflamed tongue that has long straight lesions on it could be an early sign of vitamin B12 deficiency (, ).

Additionally, some people with a B12 deficiency may experience other oral symptoms, such as mouth ulcers, feelings of pins and needles in the tongue or a burning and itching sensation in the mouth (, ).

Summary: An early sign of B12 deficiency may be a red and swollen tongue. This condition is known as glossitis.

If you become anemic due to a B12 deficiency, you may feel short of breath and a bit dizzy, especially when you exert yourself.

This is because your body lacks the red blood cells it needs to get enough oxygen to your body’s cells.

However, these symptoms can have many causes, so if you notice that you are unusually breathless, you should speak to your doctor to investigate the cause.

Summary: Anemia caused by vitamin B12 deficiency can cause some people to feel breathless and dizzy. This occurs when the body is unable to transport enough oxygen to all its cells.

One symptom of vitamin B12 deficiency is blurred or disturbed vision.

This can occur when an untreated B12 deficiency results in nervous system damage to the optic nerve that leads to your eyes ().

The damage can disrupt the nervous signal that travels from your eye to your brain, impairing your vision. This condition is known as optic neuropathy.

Although alarming, it is often reversible by supplementing with B12 (, ).

Summary: In rare cases, the nervous system damage caused by a B12 deficiency can affect the optic nerve. This can result in blurred or disturbed vision.

People with B12 deficiency often report changes in mood.

In fact, low levels of B12 have been linked to mood and brain disorders like depression and dementia (, ).

The “homocysteine hypothesis of depression” has been suggested as a potential explanation for this link (, , ).

This theory suggests that high levels of homocysteine caused by low levels of B12 could cause damage to the brain tissue and interfere with signals to and from your brain, leading to mood changes.

Some studies suggest that in certain people who are deficient in B12, supplementing with the vitamin can reverse symptoms (, , ).

It’s important to note that changes to mood and conditions like dementia and depression can have a variety of causes. Thus, the effects of supplementing in these conditions remain unclear (, ).

If you have a deficiency, taking a supplement may help improve your mood. However, it’s not a substitute for other proven medical therapies in the treatment of depression or dementia.

Summary: Some people with B12 may show signs of a depressed mood or conditions characterized by a decline in brain function, such as dementia.

A very rare but occasional symptom of B12 deficiency is a high temperature.

It’s not clear why this occurs, but some doctors have reported cases of fever that has normalized after treatment with low levels of vitamin B12 ().

However, it’s important to remember that high temperatures are more commonly caused by illness, not a B12 deficiency.

Summary: On very rare occasions, one symptom of B12 deficiency may be a high temperature.

Vitamin B12 deficiency is common and can present itself in various ways, making it difficult to identify.

If you’re at risk and have any of the symptoms above, speak to your doctor.

For most people, a B12 deficiency should be easy to prevent simply by ensuring you are getting enough B12 in your diet.