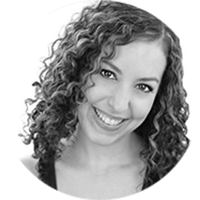 Cumin is a nutty, lemony spice that’s widely used in many cuisines and dishes — from Indian curries to chili to guacamole.

Fortunately, if you find yourself halfway through making your favorite recipe and realize you’re out of this delectable spice, there are suitable replacements.

Here are 8 good substitutes for cumin.

Cumin and coriander grow from a plant in the parsley, or Apiaceae, family. Both are used to season dishes in Latin, Middle Eastern, and Indian cuisines (1).

Fresh coriander stems and leaves are known as cilantro. Its dried seeds are used whole or ground into a powder for cooking.

Both coriander and cumin give dishes a lemony, earthy flavor — though coriander is milder in terms of heat.

To substitute with coriander, add half the amount of coriander to your dish. If you need a bit more heat, add a dash of chili powder or cayenne.

Coriander and cumin are botanical cousins, making coriander a great substitute. Both deliver earthy and lemony notes to a dish. If you like a bit of heat, add a dash of chili powder or cayenne too, as coriander’s heat is slightly milder.

If you lay cumin and caraway seeds side by side, you’ll notice they resemble each other in their oblong shape and mustardy-brown color.

Botanically, this makes sense, as they are cousins. Like cumin and coriander, caraway belongs to the parsley family ().

Caraway is popular in German cuisine, both as seeds or ground. While a bit milder than cumin, caraway still makes an excellent substitute.

A good rule of thumb is that caraway seeds should substitute cumin seeds, while ground caraway should replace the ground version.

Replace cumin with half the amount of caraway. Then, gradually add more to taste.

Caraway is another member of the parsley family that tastes similar to cumin, making it an appropriate substitute. Begin by replacing cumin with half the amount of caraway, and gradually add more to taste.

Another suitable substitute is chili powder, which usually contains cumin as one of its primary ingredients.

Keep in mind that chili powder will also provide some additional flavors, as the mix may contain paprika, garlic powder, oregano, ground cayenne, and onion powder.

This substitute works well if you’re making a dish like baked beans but may not complement flavors found in other dishes like Indian curries.

Because of the paprika and cayenne in chili powder, using it may also impart a more reddish hue to your dish.

Like the other substitutes, use half the amount of cumin called for in the recipe. If the recipe calls for 1 tbsp (14 grams) of ground cumin, use half a tbsp (7 grams) of chili powder.

Chili powder is a spice blend that often includes cumin, among other spices. To substitute, use half the amount of cumin called for in the recipe. Consider the additional flavors chili powder will add, as well as its red hue.

Expect this substitute to bring a more complex set of flavors than cumin does on its own, as well as a bit more heat.

For this reason, add taco seasoning to your recipe before salt or higher-sodium condiments like Worcestershire sauce. This helps you to avoid over-salting your dish. Then, adjust to taste.

Taco seasoning is another spice mix that includes cumin. It also contains salt, so use it before you add salt or higher-sodium condiments to the recipe.

Curry powder blends commonly contain cumin, making them a great substitute. Like other spice blends mentioned above, it also brings other flavors into the mix.

Curry powders vary in composition. In addition to cumin, they typically include about twenty ground herbs and spices, such as ground ginger, cardamom, turmeric, coriander, fenugreek, black pepper, and cinnamon.

Combined, these spices yield a warm, aromatic blend with a deep yellow tone.

Curry is an ideal substitute in Southeast Asian dishes. Keep in mind that it will give your dish a striking yellow color from the turmeric.

Curry powder largely relies on cumin as a base ingredient, though it also includes many other warm and aromatic spices. It’s a good substitute but will make your dish more yellow in color.

Like curry powder, garam masala is a complex spice and herb blend often used in the cuisines of India, Mauritius, and South Africa. As it contains cumin, it works well as a substitute (3).

Garam masala is typically added at the end of the cooking process, giving the dish a warm, citrusy, and inviting aroma.

As with many other spices, you can substitute with garam masala by starting with half of the amount of cumin called for in the recipe and adjusting to taste. Add garam masala later in the cooking process for the most flavor.

Garam masala is a traditional Indian spice blend with warm, citrusy notes. It will best substitute cumin in dishes from Indian, Mauritian, and South African cuisines.

Paprika delivers the smokiness of cumin but with less heat.

Known for its vibrant, red color, substituting with paprika will also add a reddish tone to your dish.

To substitute, begin by using half the amount of cumin called for in the recipe, and if you still need a little more heat, sprinkle in a bit of cayenne or pepper.

Similarly to cumin, paprika brings smokiness to a dish — but with less heat. Be aware that it will also give your dish a reddish tone.

As another member of the parsley family, fennel seeds are also a good alternative to cumin.

Fennel seeds have an anise-like, licorice flavor, which is not found in cumin. It will also not deliver the same smokiness and earthiness, but fennel seeds won’t taste out of place when you’re in a pinch.

As with the other spice alternatives discussed here, start slow with about half of the amount of cumin that the recipe calls for. Then, fold in the spice pinches at a time to taste.

If you miss the smoky flavor, consider adding a pinch of paprika to your dish as well.

As another member of the parsley family, fennel seeds make a great alternative to cumin in a recipe. While they don’t mimic the flavor exactly, they will not taste out of place. Start with half the amount of cumin the recipe calls for and adjust to taste.

Cumin is an earthy, aromatic spice that brings citrusy notes to a recipe.

If you’re in a pinch, there are many great alternatives that you might already have in your pantry.

When you’re out of cumin, rest assured knowing that your recipe will still taste fantastic through the use of these clever substitutes.