What Is Strong Flour?

Written by Kaitlyn Berkheiser on January 28, 2020

Flour plays an important role in the structure and texture of baked goods.

Though it may seem like a simple ingredient, many varieties of flour are available, and choosing the right kind is crucial to producing a palatable product.

Strong flour, also known as bread flour, is one of the many varieties of this pantry staple.

This article explains what strong flour is, when to use it, and how it compares with other types of flour.

What is strong flour?

Like other varieties, strong flour is made by grinding grains in a process known as milling.

However, unlike all-purpose flour, strong flour is made solely from hard wheat grains.

Hard grains refer to kernels that have a high protein content.

When strong flour is used to make dough, it requires a lot of kneading, as it has a high protein content.

Kneading is the process of pressing and folding the dough with the heel of your hand to mix ingredients and form gluten.

Strong flour is ideal for baked goods, such as breads, bagels, pasta, or pretzels, or any product that requires plenty of structure and chew.

Strong flour is made from hard wheat kernels. It’s high in protein and used for baked goods that require structure. It’s coarser and denser than other varieties of flour.

Strong flour is higher in protein

When flour is moistened with water and kneaded, glutenin and gliadin combine and form gluten.

Gluten is responsible for the stringy strands that give dough its elastic and stretchy structure and bread products their characteristically chewy mouthfeel.

Compared with other kinds of flour, strong flour has a notably higher content of protein, which is in the form of gluten (, ).

The amount of gluten in flour strongly influences the structure of the product.

A flour with a higher amount of gluten, such as strong flour, will produce a chewy, light, and structured product.

The biggest difference between strong flour and other types is its high protein (gluten) content. The gluten found in strong flour produces a well structured and chewy bread product.

Unsuitable for those with a gluten allergy or sensitivity

If you have celiac disease, a gluten sensitivity, or wheat allergy, you should not consume gluten or products made with gluten or wheat-containing flours, including strong flour.

Celiac disease is a digestive disorder caused by an autoimmune response to gluten ().

If you have celiac disease, it’s important to refrain from consuming gluten, as consumption of the protein may cause serious damage to your digestive tract over time ().

Strong flour should also be avoided if you have a sensitivity to gluten.

Gluten sensitivity refers to adverse reactions, including bloating and diarrhea, caused by consuming gluten-containing products among those who do not have celiac disease ().

People with gluten sensitivity typically don’t have damage to their digestive tract, which is a key characteristic of celiac disease ().

Unlike celiac disease and gluten sensitivity, a wheat allergy is an immune response to any or multiple proteins found in wheat — not just to gluten ().

Therefore, those with a diagnosed wheat allergy should also avoid strong flour.

If you have celiac disease, a gluten sensitivity, or wheat allergy, gluten-free flours, such as coconut or almond flour, are some of your best options.

Like all wheat-based flours, strong flour contains gluten and is unsuitable for people with celiac disease, gluten sensitivity, or wheat allergy.

Can strong flour be used interchangeably with other flours?

Although products will likely turn out best if you use the flour that the recipe calls for, strong flour may be used in place of other flowers depending on the desired product.

For instance, strong flour can be easily used in place of all-purpose flour in many bread recipes.

In fact, swapping all-purpose flour for strong flour may be favorable if you desire extra chew in your end product, such as when making pizza crust.

However, strong flour would not be a desirable swap for weak flours, such as cake or pastry flour.

These types of flours are used when a crumbly and fluffy texture is desired, such as when making cakes and scones.

If you were to substitute strong flour in a cake recipe, you would likely wind up with a tough and dense product, rather than one with a delicate mouthfeel, which is often expected of such a product.

Strong flour can be used in place of all-purpose flour. However, strong flour would not be a good substitute for cake or pastry flour, as this would lead to a very dense and tough product.

Made from hard wheat kernels, strong flour is high in protein in the form of gluten.

It’s best used in recipes for breads and pastas and shouldn’t be used in products in which a crumbly and fluffy texture is desired, such as cakes and biscuits.

Given its gluten content, strong flour is unsuitable for those with gluten sensitivity, celiac disease, or wheat allergy. 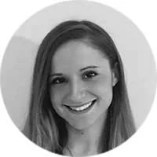 Written by Kaitlyn Berkheiser on January 28, 2020