What Are the Differences Between Stock and Broth? 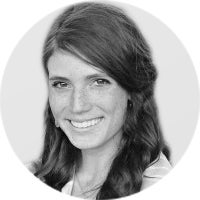 Stocks and broths are flavorful liquids that are used to make sauces and soups, or consumed on their own.

The terms are often used interchangeably, but there is a difference between the two.

This article explains the differences between stocks and broths, and gives instructions for how to make and use each.

Broth Is Lighter and More Flavorful

Broth is traditionally made by simmering meat in water, often with vegetables and herbs. This flavored liquid is then used for a variety of culinary purposes.

In the past, the term "broth" was only used to refer to meat-based liquids. Today, however, vegetable broth has become very common (1).

The most common flavors of broth are chicken, beef and vegetable, though nearly any type of meat can be used.

Bone broth has also become extremely popular in the past few years, and is made by simmering bones, vegetables and herbs in water for up to 24 hours.

Though it is frequently called a broth, bone broth is technically stock because it requires the addition of bones.

In order to avoid confusion, the rest of this article will refer to bone broth as stock.

Because of the rich flavor of broth that comes from meat, vegetables and herbs, you can drink broth plain. People often do this to remedy a cold or the flu.

In fact, drinking warm, steaming broth is an effective way to loosen up mucus when you have a stuffy nose. It is even more effective in the form of chicken soup ().

Broth is cooked for a relatively short amount of time, since meat will become tough if you cook it for too long. Therefore, if you're making broth, remove the meat as soon as it is fully cooked, after no longer than an hour.

The meat can then be used for another recipe, or chopped and added back to the finished broth to create chicken soup, for example.

Broth is thinner than stock and more flavorful than water. Therefore, it is most commonly used as a base for soups or as a cooking liquid.

Here are some of the most common dishes broth is used in:

Summary: Broth is prepared by simmering meat, vegetables and herbs in water to create a flavorful liquid. It can be consumed alone or used to create soups or other dishes.

Stock Is Thicker and Takes Longer to Make

Unlike broth, stock is based on bones rather than meat.

It is made by boiling bones or cartilage in water for many hours, which allows the bone marrow and collagen to be released.

This gives stock a thicker, more gelatinous consistency than broth.

Because it's made with bones and cartilage, not meat, stock is cooked for much longer than broth, typically for at least 6–8 hours. This allows the stock time to thicken and become more concentrated as the collagen is released.

You can make stock with many types of bones, including chicken, beef, pork and even fish.

Traditionally, stock is meant to be used as a neutral base for recipes. It's intended to add mouthfeel but not an overwhelming flavor (1).

Before you use bones to make stock, clean them of all meat. If you want to make a neutral stock, do not add other seasonings or aromatic ingredients.

However, if you want more flavor, add meat, vegetables and herbs. Traditional additions include onions, carrots, parsley, thyme and bones with meat left on.

This results in a liquid that is just as flavorful as broth, but with an added thickness.

Whether you choose a plain stock made from just bones, or a flavorful stock made with meat and vegetables depends on how you will use it.

Here are some of the most common dishes stock is used in:

Summary: Stock is prepared by simmering bones for many hours to create a thick liquid you can use as a base for soups and sauces.

Is There a Difference in How They're Used?

You may have noticed that many of the uses for stock are also listed as uses for broth.

The two are very often used interchangeably, and it's fine if you substitute broth for stock in most recipes, and vice versa.

Yet, if you have a choice between the two, use broth when a dish is largely based on the flavor of the liquid, such as in a broth-based soup.

On the other hand, you can use stock when the dish gets plenty of flavor from other ingredients, such as in a stew flavored with the drippings of a roast.

Summary: Stock and broth are often used interchangeably, though broth may be better suited for dishes based on the flavor of the liquid.

Is One Healthier Than the Other?

When it comes to health, stock and broth each have their pros and cons.

Broth contains about half the calories per cup (237 ml) that stock does. One cup of chicken broth provides 38 calories, while one cup of stock contains 86 calories (3).

Stock contains slightly more carbs, fat and protein than broth, though it's also significantly higher in vitamins and minerals (4).

Here's how a cup of broth compares to a cup of stock:

Because broth is lower in calories, it may be the preferred option for those who are trying to limit their calorie intake.

Unfortunately, there have not been any studies to date examining the potential benefits of stock, also known as bone broth.

Additionally, adding vegetables and herbs to either stock or broth can increase the vitamin and mineral content and release beneficial aromatic plant compounds.

Parsley, oregano and thyme, for example, are all sources of antioxidants that are commonly used in stock and broth. And certain cooking methods, including simmering, actually increase their antioxidant capacity ().

These herbs and many others that are commonly used in broths or stocks also exhibit some anti-diabetic and anti-inflammatory properties ().

Onions and garlic also have their own unique benefits, including antibacterial, anti-inflammatory and immune-boosting properties (, , ).

Summary: Stock and broth are nutritionally similar, though broth is lower in calories and stock contains more vitamins, minerals, collagen and marrow.

What About Bouillon, Consommé and Bone Broth?

In addition to broth and stock, here are a few related terms worth discussing.

Bouillon is simply the French word for broth. However, it is often used in place of broth, especially in the case of bouillon cubes.

Bouillon cubes are simply broth that has been dehydrated and shaped into small blocks. They must then be mixed with water and rehydrated before use.

Consommé is a stock that has been further concentrated and refined by a process involving simmering the stock with egg whites, meat and vegetables.

Impurities are then skimmed from the surface.

Bone broth is gaining a reputation as a superfood. However, as mentioned previously, bone broth is simply a new term for a very traditional food: stock.

Bone broth differs from stock in that it may be cooked longer. It may also include an acidic component like vinegar to aid in breaking down connective tissue.

Aside from these distinctions, stock and bone broth are essentially the same thing.

Summary: Bone broth, consommé and bouillon are all very similar to or, in some cases, the same as stock or broth.

How to Make Homemade Chicken Broth

You can get premade broth from the store, but it's easy and healthy to make at home too.

Here is a recipe for a basic chicken broth.

It's good on its own, but don't be afraid to get creative with the ingredients if you want to incorporate different flavors.

These amounts can easily be adjusted based on your preferences and the ingredients you have on hand. Bay leaves, peppercorns and other herbs are also common additions.

Summary: You can easily make broth at home by boiling meat, vegetables and herbs in water for up to one hour. The broth should then be strained and is ready for use.

How to Make Homemade Chicken Stock

Here are the instructions for preparing a chicken stock, including extra vegetables and herbs for flavor.

These ingredients and amounts can also be adjusted based on your preferences and what you have on hand.

Summary: You can make stock by boiling bones in water for 6–8 hours until the liquid becomes thick and gelatinous. Include vegetables, meat and herbs if you want to give it more flavor.

The terms "broth" and "stock" are often used interchangeably. Though their ingredients are largely the same, there is a difference between them.

Stock is made from bones, while broth is made mostly from meat or vegetables.

Using bones in stock creates a thicker liquid, while broth tends to be thinner and more flavorful.

Though broth and stock do have small differences, many people use them for the same purposes.