Stevia vs. Splenda: What’s the Difference? 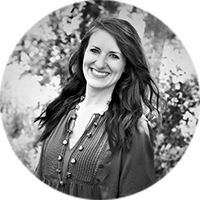 Stevia and Splenda are popular sweeteners that many people use as alternatives to sugar.

They offer a sweet taste without providing added calories or affecting your blood sugar.

Both are sold as stand-alone products and ingredients in many calorie-free, light, and diet products.

This article examines the difference between stevia and Splenda, including how they’re used and whether one is healthier.

Splenda has been around since 1998 and is the most common sucralose-based, low-calorie sweetener. Sucralose is a type of indigestible artificial sugar that’s created chemically by replacing some of the atoms in sugar with chlorine ().

To make Splenda, digestible sweeteners like maltodextrin are added to sucralose. Splenda comes in powdered, granulated, and liquid form and is often offered in packets alongside other artificial sweeteners and regular sugar at restaurants.

Many prefer it over other artificial sweeteners, as it doesn’t have a bitter aftertaste (, ).

One alternative to Splenda is stevia, which is a naturally-derived, calorie-free sweetener. It comes from the leaves of the stevia plant, which are harvested, dried, and steeped in hot water. The leaves are then processed and sold in powder, liquid, or dried forms.

Stevia is also sold in stevia blends, which are highly processed and made with a refined stevia extract called rebaudioside A. Other sweeteners like maltodextrin and erythritol are added, too. Popular stevia blends include Truvia and Stevia in the Raw.

Summary Splenda is the most popular brand of sucralose-based artificial sweeteners, while stevia is a naturally-derived sweetener from the stevia plant. Both come in powdered, liquid, granulated, and dried forms, as well as in sweetener blends.

Stevia is a zero-calorie sweetener, but Splenda contains some calories. According to the United States Department of Agriculture (USDA), sweeteners like Splenda can be labeled “calorie-free” if they contain 5 calories or less per serving (6).

As such, neither offers much in the way of nutritional value. One teaspoon (0.5 grams) of stevia contains a negligible amount of carbs, fat, protein, vitamins, and minerals. The same amount of Splenda contains 2 calories, 0.5 grams of carbs, and 0.02 mg of potassium (, ).

Summary Splenda and stevia are considered calorie-free sweeteners, and they offer minimal nutrients per serving.

Differences between stevia and Splenda

Splenda and stevia are widely used sweeteners that have some considerable differences.

Splenda is much sweeter than stevia

Stevia and Splenda sweeten foods and drinks to varying degrees.

Additionally, sweetness is subjective, so you’ll have to experiment to find the amount that satisfies your taste, regardless of which type of sweetener you use.

Stevia is approximately 200 times sweetener than sugar and gets its sweetness from natural compounds in the stevia plant called steviol glycosides (, ).

Meanwhile, Splenda is 450–650 times sweeter than sugar. Thus, a smaller amount of Splenda is needed to reach your preferred level of sweetness.

That said, using high-intensity sweeteners can boost your cravings for sweets, meaning you may end up using increasing amounts of Splenda over time ().

They have different uses

Stevia is often used in liquid form and added to beverages, desserts, sauces, soups, or salad dressings. It’s also sold in flavors like lemon-lime and root beer, which can be added to carbonated water to make calorie-free sparkling beverages.

Also, dried stevia leaves can be steeped in tea for a few minutes to sweeten it. Or, if you grind dried leaves into a powder, you can make a syrup by boiling 1 teaspoon (4 grams) of the powder in 2 cups (480 ml) of water for 10–15 minutes and straining with a cheesecloth.

In regards to Splenda, research shows that sucralose is stable at temperatures up to 350°F ( 120°C) and works best in baked goods and for sweetening beverages ().

However, note that it reduces the cooking time and volume of baked goods. In recipes that call for large amounts of white sugar, only use Splenda to replace around 25% of the sugar to maintain the structure. Splenda also tends to be grittier and less smooth than sugar.

Summary Stevia is best used to sweeten beverages, desserts, and sauces, while Splenda is optimal for sweetening beverages and in baking.

Both sweeteners are virtually calorie-free, but there are other considerations to be made regarding their long-term use.

First, research shows that zero-calorie sweeteners may cause you to eat more calories over time and even lead to weight gain (, ).

Second, sucralose has been shown to raise blood sugar in those who are not used to consuming it. What’s more, maltodextrin, which is found in Splenda and some stevia blends, can cause spikes in blood sugar in some people (, , ).

Studies on sucralose and disease are inconclusive, even those that use amounts higher than most people would ever eat.

Long-term studies on stevia are lacking, but no evidence suggests that it increases your disease risk. Highly purified stevia is “generally recognized as safe” by the USDA.

However, the Food and Drug Administration (FDA) has not approved the use of whole-leaf stevia and stevia crude extracts in food ().

Both sweeteners may interfere with your healthy gut bacteria, which are important for your overall health.

A rat study found that Splenda altered healthy gut bacteria, while leaving harmful bacteria unaffected. When checked 12 weeks after the study, the balance was still off (, , ).

Additionally, some studies show that stevia can interact with medications that lower blood sugar and blood pressure, while other studies show no effect. Stevia blends can also contain sugar alcohols, which can cause digestive issues in sensitive people (, , ).

Regardless of which one you choose, it’s best to only use it in small amounts per day.

Summary Research on the long-term health effects of Splenda and stevia is inconclusive. Both have potential downsides, but stevia appears to be associated with fewer concerns.

Splenda and stevia are popular and versatile sweeteners that won’t add calories to your diet.

Both are generally considered safe to use, yet research on their long-term health effects is ongoing. While no evidence suggests that either is unsafe, it appears that purified stevia is associated with the fewest concerns.

When choosing between the two, consider their best uses and enjoy them in moderation.