How Much Sodium Should You Have per Day?

Sodium — often simply referred to as salt — is found in nearly everything you eat and drink.

It occurs naturally in many foods, is added to others during the manufacturing process and is used as a flavoring agent at home and restaurants.

For some time, sodium has been linked to high blood pressure, which causes damage to your blood vessels and arteries when chronically elevated. In turn, this increases your risk of heart disease, stroke, heart failure and kidney disease.

However, these guidelines have been controversial, as not everyone may benefit from a reduced-sodium diet.

This article explains the importance of sodium, potential risks of over- or underconsumption and how much sodium you should eat per day.

Despite its continued vilification, sodium is a necessary nutrient for good health.

It’s one of your body’s electrolytes, which are minerals that create electrically charged ions.

A major source of sodium in most diets is added salt in the form of sodium chloride — which is 40% sodium and 60% chloride by weight ().

Because salt is widely used in food processing and manufacturing, processed foods account for an estimated 75% of total sodium consumed ().

Most of your body’s sodium resides in your blood and the fluid surrounding your cells, where it helps keep these fluids in balance.

Your kidneys help regulate your body’s sodium levels by adjusting the amount that is excreted in your urine. You also lose sodium through sweating.

Dietary sodium deficiencies are very rare under normal conditions — even with very-low-sodium diets (, ).

Summary Sodium is an important nutrient for health. It plays a vital role in nerve and muscle function and helps your body maintain normal fluid balance.

Most experts believe that the link between sodium and high blood pressure was first identified in France in 1904 ().

Yet, it wasn’t until the late 1940s that this connection became widely recognized when the scientist Walter Kempner demonstrated that a low-salt rice diet could lower blood pressure in 500 people with elevated levels ().

Since then, research has established a strong relationship between excessive sodium intake and high blood pressure (, , , ).

One of the largest studies on this topic is the Prospective Urban Rural Epidemiology trial, or PURE ().

Analyzing the urine sodium levels of more than 100,000 people from 18 countries across five continents, researchers found that those who consumed more sodium had significantly higher blood pressure than those with lower intakes ().

However, not everyone responds to sodium in the same way.

People with high blood pressure, diabetes and chronic kidney disease, as well as older adults and African Americans, tend to be more sensitive to the blood-pressure-raising effects of sodium (, ).

If you’re sensitive to salt, limiting sodium intake is recommended — as you may be at a higher risk of blood-pressure-related heart disease (14).

For decades, health authorities have urged people to limit their sodium intake to control blood pressure.

It’s estimated that your body only needs 186 mg of sodium per day to function properly.

However, it would almost be impossible to consume this little, still meet your energy needs and get the recommended intake of other important nutrients.

At the same time, the IOM, USDA and the US Department of Health and Human Services recommend that healthy adults limit their daily sodium intake to less than 2,300 mg (2.3 grams) — the equivalence of one teaspoon of salt (14, ).

This limit was established based on evidence from clinical studies that sodium intakes above 2,300 mg (2.3 grams) per day can adversely affect blood pressure and increase heart disease risk.

Due to the increased sodium loss through sweat, these guidelines don’t apply to highly active people like competitive athletes or workers who are exposed to heat.

However, these recommendations have been controversial, as people with normal blood pressure levels may not benefit from restricting their sodium intake (, ).

In fact, evidence to suggest that consuming less salt decreases heart disease risk in healthy people is limited. It may even be harmful ().

Summary Health authorities recommend between 1,500 mg (1.5 grams) and 2,300 mg (2.3 grams) of sodium per day for heart health — much less than Americans consume on average.

Some evidence suggests that reducing sodium intakes to the recommended levels may be harmful.

In a review study comprising more than 133,000 people with and without high blood pressure from 49 countries across six continents, researchers examined how sodium intake affected the risk of heart disease and early death ().

Still, researchers also found that people with high blood pressure who consumed more than 7 grams of sodium per day had a significantly greater risk of heart disease or death than people who consumed 4–5 grams.

These and other results suggest that too little sodium may be more detrimental to people’s health than higher intakes (, , ).

Summary In both people with high and normal blood pressure, consuming too little sodium has been shown to worsen health more than consuming too much.

Should You Limit Your Intake?

People with high blood pressure who consume more than 7 grams of sodium per day should certainly consume less.

The same may apply if you have been instructed by your physician or registered dietitian to limit your sodium intake for medical reasons — as in the case of a low-sodium therapeutic diet.

However, cutting back on sodium doesn’t seem to make much of a difference for healthy people.

Though health authorities continue to push for lower sodium intakes, reducing sodium too much — below 3 grams per day — may negatively impact health.

Studies show that people who consume less than 3 grams of sodium per day are at a greater risk of heart disease and early death than people with an intake of 4–5 grams.

This raises concerns as to whether the current sodium guidelines — ranging from 1,500 mg (1.5 grams) to 2,300 mg (2.3 grams) — are doing more harm than good, as a growing body of evidence suggests that these levels may be too low.

That said, with only 22% of the population from 49 countries consuming more than 6 grams of sodium per day, the amount of sodium that healthy people are currently ingesting is probably safe ().

Summary If you consume more than 7 grams of sodium per day and have high blood pressure, it’s a good idea to limit your sodium intake. But if you’re healthy, the amount of salt you’re currently consuming is probably safe.

Other Ways to Control Your Blood Pressure and Improve Health

Achieving the low amounts of sodium that health authorities recommend can be difficult and may not be best for your health.

There are more practical and effective ways to control your blood pressure and improve your health without having to focus solely on how much sodium you consume.

Exercise is associated with a myriad of health benefits — including lower blood pressure ().

A combination of aerobic and resistance training is ideal, but even just walking can help bring your levels down (, , , ).

If you’re unable to make it to a gym, try walking for at least 30 minutes per day. If this duration is too much to achieve at once, break it into three 10-minute blocks.

These foods contain important nutrients — like potassium and magnesium — that may lower blood pressure (, ).

Vegetables like lettuce, beetroot, spinach and arugula are also good sources of nitrate, which increases your production of nitric oxide (, ).

Sodium consumption is associated with calorie intake — the more calories you eat, the more sodium you consume ().

SInce most people consume more calories than they need each day, simply cutting back on calories is the easiest way to reduce your sodium intake without much thought.

Eating fewer calories may also promote weight loss, which may lower your blood pressure as well (, , , ).

Women and men should limit their alcohol intake to one or two drinks per day, respectively. If you exceed these recommendations, you may want to cut back (38).

One drink of alcohol equals:

Summary There are more efficient and effective ways to lower your blood pressure than watching your sodium intake. These include exercise, eating more fruits and vegetables and cutting back on calories and alcohol.

Sodium is an essential nutrient that your body needs for many important functions.

Health authorities recommend between 1.5 and 2.3 grams of sodium per day. Yet, increasing evidence suggests that these guidelines may be too low.

People with high blood pressure should not exceed 7 grams per day, but if you’re healthy, the amount of salt you’re currently consuming is likely safe.

If you’re worried about your blood pressure, there are several other, more effective things you can do, such as exercising, optimizing your diet or losing weight. 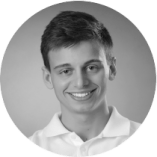