What’s the Difference Between Rice Vinegar and Rice Wine? 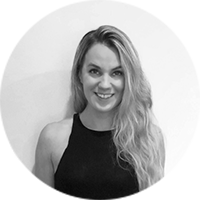 Despite their similar names, they have many differences. Yet, you may still wonder whether you can use one in place of the other.

This article explains the difference between rice wine and rice vinegar, their uses, whether they can be used interchangeably, and alternatives.

Though both are made from fermented rice, rice wine and rice vinegar are different.

Rice wine is a popular alcoholic beverage used for both drinking and cooking. In Japan, it’s known as sake and the country’s national beverage. Other versions used for cooking include mirin from Japan and huangjiu from China ().

The wine is made by fermenting rice starches using yeast, fungi, and lactic acid bacteria to produce alcohol. For example, the mold known as Aspergillus oryzae converts starches into sugars and a yeast called Saccharomyces cerevisiae produces alcohol (, 2, ).

Rice vinegar is made by fermenting the starches in rice using an acetic acid bacteria known as Mother of Vinegar (Mycoderma aceti) and small amounts of rice wine to convert the sugars into alcohol and then into acetic acid ().

Adding to the confusion, rice vinegar is sometimes referred to as “rice wine vinegar.” Just like red and white wine vinegar, it’s not an alcoholic beverage despite having “wine” in its name, and it’s also not rice wine.

Huangjiu (Chinese rice wine), mirin (Japanese cooking wine), and sake (Japanese drinking wine) are the most popular rice wine varieties. Compared with other rice wines, they have a sweet, mild flavor and are usually lower in alcohol content (, , ).

There are many other rice wine varieties on the market, some boasting different flavors and colors depending on the fermentation process and addition of other ingredients like spices, herbs, or fruits.

Rice vinegar has a sweet, acidic taste similar to those of other types of vinegar like apple cider vinegar. Unlike rice wine, rice vinegar is usually only used in small quantities.

Due to their significant flavor differences, it’s not recommended to swap one for the other.

On the other hand, unsweetened rice vinegar contains zero calories, carbs, or sugar ().

Rice wine is both used for cooking and commonly consumed as an alcoholic beverage. In cooking, it’s usually added directly to dishes or into marinades or sauces like teriyaki as a flavor enhancer ().

Most Asian countries have their own variety of the wine. For example, the popular Cambodian rice wine liqueur Sombai includes fruits, spices, and sugar cane. Meanwhile, dansul — also known as gamju — is a milky rice wine popular in South Korea.

When it comes to rice vinegar, Chinese, Japanese, and Korean varieties are most popular for their mild flavor and pale-yellow color. Dark vinegars like Kurozu are also enjoyed. The vinegar is used to add flavor to marinades, sauces, fried rice, pickled vegetables, and sushi.

In fact, sushi translates to “sour rice” or “sour-tasting” due to the traditional preparation of the dish, which involved preserving fish between fermented rice and salt. Eventually, rice vinegar was used instead to speed the fermentation process and improve the flavor (9).

Rice wine is a sweet alcoholic beverage enjoyed in cooking and drinking. Rice vinegar is a type of vinegar used in sushi, fried rice, marinades, sauces, and salad dressings. Though they have similar names, they should not be swapped for one another.

Due to their significant differences, it isn’t recommended to use rice vinegar and rice wine interchangeably. Instead, here are good alternatives you can use for each:

There are many substitutes available that can be swapped at a 1-to-1 ratio for rice vinegar, though the flavor may be slightly different:

To match the sweetness of rice vinegar, you can add a pinch of sugar or other sweetener of choice.

You can replace rice vinegar with many other kinds of vinegar, though you may want to add a pinch of sugar to sweeten them. Use sherry, wine, grape juice, or other rice wine varieties if you’re looking for an alternative to rice wine.

Rice vinegar and rice wine are both made with fermented rice. However, the vinegar undergoes additional processing steps to remove alcohol and produce acetic acid.

These processing differences create dramatically different products that are used for different purposes.

Rice wine is ideal for both cooking and drinking. The most popular varieties include huangjiu, mirin, and sake. If you’ve run out or are looking for an alternative, try swapping for equal amounts of dry sherry, white wine, dry vermouth, or white grape juice.

Rice vinegar is most commonly used for sushi, marinades, sauces, and salad dressings. Add a pinch of sugar to other types of vinegar like apple cider vinegar, sherry vinegar, or white wine vinegar to easily replace rice vinegar.

Despite their common names, you should not use rice vinegar for rice wine, or vice versa.

Where to buy it

Rice wine and rice vinegar are widely available, particularly in Asian specialty stores. You can also shop for them online: