Rice is one of the most widely consumed grains in the world.

White rice is a refined, high-carb food that’s had most of its fiber removed. A high intake of refined carbs has been linked to obesity and chronic disease.

However, countries with a high rice intake have low levels of these exact diseases.

So what's the deal with rice? Is it weight loss friendly or fattening? This article gets to the bottom of this question.

Rice is a cereal grain that has been grown for thousands of years. It's a staple food in many countries and one of the most common cereal grains in the world.

Several types are available, but varieties of white rice are the most popular, followed by brown rice (, ).

To better understand these different types, it's best to start with the basics.

All whole grains are composed of three major components ():

This diagram shows what whole grains versus white grains look like:

Brown rice is an intact whole grain that contains both the bran and germ. Therefore, it's nutritious and rich in fiber and antioxidants.

On the contrary, white rice has had both the bran and nutritious germ removed, ultimately stripping it of all its nutritional parts. This is generally done to improve its taste, prolong its shelf life and enhance its cooking qualities ().

As a result, white rice varieties are almost entirely made up of carbs in the form of starches, or long chains of glucose known as amylose and amylopectin.

Different types of rice contain different amounts of these starches, which affects their texture and digestibility. Rice that does not stick together after cooking is high in amylose, while sticky rice is generally high in amylopectin.

Because of these variations in starch composition, different types of rice can have different health effects.

Since nothing has been stripped from brown rice, it is generally higher in fiber, vitamins and minerals than white rice.

The table below compares the nutrient contents of 3.6 ounces (100 grams) of cooked white and brown rice (5, 6).

White rice is higher in calories and contains fewer nutrients and fiber than brown rice.

Summary: Brown rice contains more fiber and nutrients than white rice, which has been stripped of its nutritional parts.

People who eat whole grains like brown rice have repeatedly been shown to weigh less than those who don't, as well as be at a reduced risk of weight gain (, 8).

This could be attributed to the fiber, nutrients and plant compounds found in whole grains. They may increase feelings of fullness and help you eat fewer calories at a time ().

One 12-year study in women observed that those with the highest intake of dietary fiber from whole-grain foods had almost a 50% lower risk of major weight gain, compared to those with the lowest intake ().

It has also been suggested that eating brown rice instead of white may lead to weight loss and more favorable blood fat levels (, ).

However, when it comes to white rice, the studies are a little more inconsistent.

Numerous studies have shown that a dietary pattern high in refined grains like white rice is linked to weight gain and obesity (, , ).

At the same time, other studies have not found a link between white rice or refined grain consumption and weight gain or central obesity (, ).

In fact, white rice consumption has even been linked to a reduced risk of weight gain, especially in countries where it's a staple food (, , , , ).

One study in overweight Korean women showed that a weight loss diet that included either white rice or mixed rice (brown and black) three times per day resulted in weight loss.

Therefore, it appears that both types can be included in a weight loss diet.

Nevertheless, brown rice has the advantage of being higher in fiber and nutrients than white rice, making it the healthier choice.

Summary: Brown rice has been linked to weight loss and favorable blood fat levels. Most studies have found either no link between white rice and weight change or associated it with weight loss.

Rice Was the Cornerstone of One Popular Weight Loss Diet

Interestingly, there was once a popular weight loss diet centered on white rice.

Developed in 1939 to treat patients with high blood pressure and kidney disease, this ultra low-fat diet was called the Rice Diet ().

It was a tasteless, low-calorie diet that consisted mainly of white rice, fruit, fruit juice and sugar. Nonetheless, it had surprising effects on health, including weight loss and the relief of kidney disease symptoms ().

However, it should be noted that this was a very restrictive, low-fat, low-calorie diet. Therefore, the results may not be applicable to eating rice as part of a regular diet.

Nevertheless, it goes to show that rice can fit well into a weight loss diet if calorie intake is controlled.

Summary: The Rice Diet was a popular and restrictive low-calorie diet that was used to relieve high blood pressure and symptoms of kidney disease.

Rice Is a Staple Food in Many Countries

Rice is a staple food for more than half of the world's population, particularly Asian countries like China, Japan, Korea and India.

These are all countries that, until recently, had relatively low percentages of people who were overweight or obese ().

White rice is the predominant source of carbs in those countries. For example, Koreans consume almost 40% of their total calorie intake from rice (, ).

In these countries, rice may be consumed an average of 20 times per week and up to six times per day (, , ).

Even so, rice consumption seems to protect against weight gain and high blood pressure in these populations ().

The same results were found in a study including over 200 overweight Iranians. No association between the frequency of white rice consumption and body mass index or belly fat was found ().

However, this trend may be changing, as diets in these countries become influenced by the Western Diet. In fact, the numbers of overweight and obese people have skyrocketed in many of these countries in the past few years ().

One study among Iranian adolescents showed that those who had the highest rice intake had the worst diet quality ().

This indicates that these adolescents may be consuming rice with foods that older generations did not eat, potentially leading to weight gain.

At this point, it seems that rice intake itself has a neutral effect, while its health effects — positive or negative — depend on a person's overall diet.

Summary: In Asian countries, rice is consumed up to six times per day. Rice consumption seems to protect against weight gain in these populations.

The glycemic index (GI) is a measure of how much and how quickly a food spikes your blood sugar levels.

Foods high on the glycemic index cause rapid spikes in blood sugar levels and have been linked to overeating and weight gain (30, ).

On the other hand, foods with a low glycemic index cause a more gradual increase in blood sugar levels. They are believed to be particularly beneficial for people with diabetes, as they control blood sugar and insulin levels (, , , ).

That being said, not all studies have found a link between refined grain consumption and risk factors for type 2 diabetes ().

The starch composition of rice may be a key factor in explaining this. Sticky rice is generally high in the starch amylopectin, which has a high GI. Therefore, it's rapidly digested and may cause blood sugar spikes.

Alternatively, non-sticky rice is high in amylose and has a low GI, which slows down the digestion of starch. It may even contain resistant starch, which is a type of healthy fiber (, 39).

So regardless of whether rice is white or brown, its GI can range from relatively low (43) to very high (109), depending on the type and variety (, 40).

Interestingly, one study in the UK that measured the GI response to 11 different types of rice found that white basmati rice was a low-GI food, while other brown and white varieties were classified as medium or high on the GI ().

If you are diabetic or sensitive to blood sugar spikes, picking non-sticky rice, which is high in amylose, would be your best bet to keep your blood sugar levels in check.

Summary: Rice can rank either relatively low or high on the glycemic index scale. Non-sticky rices have lower GI levels than sticky rices do.

Any Food Can Be Fattening If Portion Sizes Aren't Controlled

As with most things in nutrition, the dose determines the poison.

There is nothing particularly "fattening" about rice, so its effects on weight must come down to serving size and the overall quality of your diet.

Studies have repeatedly shown that serving food in a larger container or dish increases intake, regardless of the food or drink being served (, ).

This has to do with the perception of the serving size. Serving large portions has been shown to increase calorie intake significantly, without people realizing it.

Also, since people don't realize that they are eating more than usual, they generally don't compensate by eating less at the next meal ().

One interesting study showed that participants who didn't know they were eating soup from a self-refilling bowl ate 73% more soup than those eating from normal bowls.

Most importantly, they didn't realize that they ate more than the others or perceive themselves as more full than those eating from normal bowls ().

Studies that have analyzed the effects of serving size have shown that reducing the size of the "rice bowl" is an effective way to reduce calorie intake, body weight and blood sugar levels (, , ).

Therefore, depending on the serving size, rice can be both weight loss friendly and fattening.

Summary: Almost any food can cause weight gain if eaten in excessive amounts. Eating food from large plates or bowls may unknowingly increase calorie intake without people perceiving themselves as more full.

There doesn't seem to be anything specifically fattening about rice. Different studies link it to both weight loss and weight gain.

However, of the two types of rice, there is no question that brown rice is much more nutritious than white rice.

Non-sticky rice may also be the better choice for people who are sensitive to blood sugar swings or have diabetes.

It all seems to boil down to watching your serving size and following an overall healthy and balanced diet. 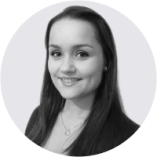