Raw Water: Should You Drink It?

Raw water is a new buzzword in the hydration world.

It’s water that has not been treated, filtered or processed and includes groundwater, rainwater and water from infiltration wells or bodies like lakes and rivers.

Its popularity in the last few years comes from the natural-food movement, which claims that natural food is healthier for you.

Yet, in reality, not only can untreated water be pricey if you purchase it online rather than collecting it yourself, it can be downright harmful to your health.

This article reviews the benefits and dangers of drinking raw water.

Raw water is about as natural as it comes, but that doesn’t mean it’s healthy.

Here are some supposed health benefits of raw water.

Proponents of raw water say that it’s higher in minerals than tap or purified water.

They believe that purifying water removes its minerals. As a result, they deem raw water more nutritious and better for health.

However, evidence suggests that water is not a major supplier of minerals to humans. In fact, water provides a very negligible amount of nutrients ().

Those who drink raw water also have concerns about the fluoride in public tap water. Fluoride began being added to the US water supply in 1945 to help prevent cavities.

The fear is that too much fluoride can cause fluorosis and other health problems. Yet, studies show that issues only occur in cases of toxicity, and the US Environmental Protection Agency (EPA) sets an upper limit for levels in drinking water (, ).

Raw water drinkers believe its alkaline content is better for them than treated water.

A pH value is a number from 1–14 indicating the acidity or alkalinity of a food, beverage or product. A pH of 7 is considered neutral. A lower number indicates more acidity, while higher numbers show a product is basic or alkaline.

Alkaline water has a higher pH level than treated drinking water. One alleged benefit of raw water is that it helps neutralize the acid in your body.

Proponents of alkaline water believe that it has colon-cleansing and anti-aging properties, provides immune system support and can help your body resist cancer. However, scientific evidence disagrees (, ).

The reality is that your body keeps tight control over the pH level of your blood and body. No matter if your water has a pH of 7, 8 or 9, it won’t change your body’s pH.

Believers in raw water boast of its probiotics. While this water can contain bacteria, it’s not the good bacteria that come in yogurt and fermented foods.

Some of the bacteria found in untreated water may be dangerous and can cause illness in people with weak immune function (, ).

The level of bacterial contamination differs between countries and areas. It all depends on where it comes from.

However, drinking untreated water in many populous, developing countries can be very risky.

In 2017, an outbreak of cholera occurred in Yemen, affecting an estimated one million people. Cholera is an illness caused by consuming food or water that contains a specific fecal bacteria.

Treating water with chemicals and filtration helps kill the negative bacteria that may be present.

Summary While some believe that raw water has a variety of benefits, such as being alkaline and rich in minerals and probiotics, scientific evidence does not support these claims. In fact, the risks often outweigh any possible benefits.

Untreated water may contain bacteria, viruses and chemicals that can harm people and cause disease outbreaks.

These can lead to many health issues, including diarrhea, cholera, sepsis and even death (9, ).

Several studies have found E. coli in natural spring water in places like Korea and Mongolia. This bacteria may cause a serious illness in people, especially those with a weakened immune system (, ).

According to National Geographic, only 2.5% of the world’s water is fresh and drinkable when untreated.

Unfortunately, many countries like Kuwait, Malta, Qatar, Barbados and some underdeveloped countries have no renewable freshwater sources. They heavily depend on importing bottled water, which is costly for both the citizens and the environment.

To improve public health, the US implemented filtration, chlorination and sanitation practices for public drinking water. Cases of waterborne illness, such as cholera and typhoid fever, dropped to almost zero ().

Drinking water comes from groundwater or surface water, such as rivers, streams and lakes.

Both groundwater and surface water can be contaminated with animal byproducts, microbials, chemicals, pharmaceuticals and pollution.

In developed countries, water is usually treated with acceptable levels of chemicals, such as chlorine, to counter bacterial contamination.

These chemicals eliminate harmful microorganisms in the water. They also include anti-corrosives, which help protect water against infrastructure contamination as it travels through the pipes to your home.

Drinking water can also be treated for chemical contamination. Water that has not been treated in this regard can put you at risk of sickness and even death.

While tap water treatment may vary slightly from community to community, standard processes exist to ensure the water is safe for consumption.

Summary Raw water may contain various chemicals and bacteria, which can lead to illness and even death, especially in people with a weak immune system.

Raw water may look pristine and crystal clear, but bacteria and contaminants could be lurking inside.

In some areas, the risks of drinking raw water include bacterial and chemical contamination and far outweigh any proposed benefits like getting a few extra minerals.

Health authorities agree that if you’re worried about your drinking water, it’s best to invest in a filtration or testing system rather than drinking untreated, raw water. 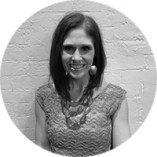