Raisins vs Sultanas vs Currants: What’s the Difference? 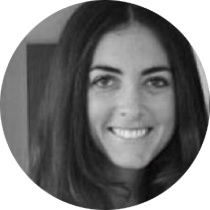 Raisins, sultanas and currants are all popular types of dried fruit.

More specifically, they are different types of dried grapes.

Packed with essential vitamins, minerals and antioxidants, they’re used in different cuisines throughout the world in both sweet and savory dishes.

Despite their popularity, there is still a lot of confusion regarding these tasty treats.

This article explains the difference between raisins, sultanas and currants.

They Are Different Types of Dried Grapes

Simply put, raisins, sultanas and currants are all different types of dried grapes.

However, understanding the differences between the three can be confusing, particularly for raisins and sultanas as their definitions vary in different parts of the world.

In the US, the term “raisin” is applied to both raisins and sultanas. To distinguish the two, sultanas are referred to as “golden” raisins.

Internationally, it’s a different story. In most countries, including the UK, raisins and sultanas are differentiated by the type of grape and the processing method used.

The term “currant” also applies to berries of the gooseberry family, such as red currant and black currant.

To avoid confusion, this article will refer to raisins and sultanas according to the international definitions.

Raisins are a type of grape that has been dried for around three weeks. Grapes darken as they dry, which gives raisins their dark brown color.

A range of grape varieties is used to make raisins. The size, taste and color depend on the type of grape used.

In the US, raisins are typically made from the Thompson Seedless variety.

However, in Australia, raisins are made exclusively from larger grape varieties including Muscat, Lexia and Waltham Cross, and are often larger than sultanas for this reason.

Raisins are dark in color, have a soft texture, a sweet flavor and are typically larger than sultanas and currants.

Sultanas are made from green seedless grapes, particularly the Thompson Seedless variety.

Unlike raisins, sultanas are typically coated in an oil-based solution prior to drying to speed up the process. For this reason, they are often lighter in color than raisins and currants.

In Australia, some sultanas are made without the drying solution. These grapes take longer to dry — up to three weeks — and are dark brown in color. They are often referred to as “natural” sultanas.

In the US, sultanas are referred to as “golden raisins” or “sultana raisins.” These grapes are treated with a preservative called sulfur dioxide to retain the lighter color of the grape.

Sultanas are typically smaller than raisins and are sweeter, juicer and lighter in color than both raisins and currants.

Despite their name, currants are actually made by drying a variety of small, seedless grapes called “Black Corinth” and “Carina.”

Currants are dried for up to three weeks.

Due to their small size, they have a sweet, tangy and intense flavor and add texture and sweetness to both sweet and savory dishes.

Summary Raisins, sultanas and currants are all types of dried grapes. Raisins and sultanas are soft, sweet and juicy, while currants have an intense, sweet and tangy taste. Raisins are typically the largest of the three.

Their Nutrient Profiles Are Similar

The grapes shrink during this process, leaving a small, nutrient-dense dried fruit. In fact, by weight, dried grapes contain up to four times the fiber, vitamins and minerals of fresh grapes (1, 2).

The chart below compares the nutritional differences between 1 ounce (28 grams) of raisins, sultanas and currants (2, 3, 4, 5).

As you can see, the variations between the three are slight. All are high in natural sugar, containing around 60–75% sugar.

They are also packed with fiber and potassium and are a great source of plant compounds including powerful antioxidants ().

On the downside, the vitamin C and vitamin K content is significantly reduced from the fresh varieties when the grapes are dried.

Summary Raisins, sultanas and currants have a similar nutrient profile, as all are high in fiber, potassium and antioxidants. On the downside, they are high in sugar and have a lower vitamin C and K content than fresh grapes.

They May Offer the Same Health Benefits

Raisins, sultanas and currants benefit your health in a number of ways.

All three are a great source of antioxidants, including polyphenols ().

Antioxidants help protect cells from the harmful damage that can be caused by free radicals and oxidative stress, which contribute to inflammation and many diseases, including cancer (, ).

What’s more, raisins, sultanas and currants are rich in fiber. Just one ounce (28 grams) contains between 1–2 grams of fiber, which is 4–8% of your daily requirement.

Studies suggest that a diet high in fiber-rich fruits and vegetables may help reduce the risk of high blood pressure, heart disease and diabetes (, , ).

While the health benefits of sultanas and currants have not been studied specifically, it’s likely they result in similar health effects due to their comparable nutrient profiles.

Lastly, although raisins, sultanas are currants can be a healthy choice, it’s important to remember that dried fruit is high in sugar and calories and can be easy to overeat.

For this reason, dried fruit should only be eaten in small amounts, preferably along with other nutritious foods such as nuts, seeds or yogurt.

Summary Raisins, sultanas and currants may improve your digestive health and blood sugar levels, decrease inflammation and lower your blood pressure. On the downside, they are also high in sugar and calories and should be eaten in moderation.

They Have Similar Uses in the Kitchen

Raisins, sultanas and currants are all incredibly versatile and can be eaten alone, as a snack or added to rice dishes, stews, salads, oatmeal and baked goods.

Despite their slight differences in size and taste, each can be used in many of the same recipes and can be easily substituted for one another.

Here are some ideas for how to incorporate them into your diet:

Store raisins, sultanas and currants in a cool, dry and dark place such as in the pantry. Place them in a sealed bag or store them in a glass jar.

Summary Raisins, sultanas and currants are extremely versatile foods. They can be eaten plain or added to both sweet and savory dishes ranging from muffins and cakes to curries, salads and cheese platters.

Which Type Should You Choose?

Raisins, sultanas and currants are all highly nutritious and make good substitutes for one another.

At the end of the day, it is best to choose on a case-by-case basis depending on the recipe or dish and your taste preferences.

It is also important to keep in mind that some manufacturers add a preservative called sulfur dioxide to retain the color of the fresh grape. It is mainly used for sultanas or “golden raisins.”

Some individuals are sensitive to sulfur dioxide and experience symptoms such as stomach cramps, skin rashes and asthma attacks after eating it (, ).

If you are sensitive to sulfur dioxide, look out for this preservative on the label.

Summary Raisins, sultanas and currants are all highly nutritious and can be used as a substitute for each other in a number of recipes. Look for sulfur dioxide on the label if you are sensitive to this preservative.

Raisins, sultanas and currants are different types of dried grapes that are rich in fiber, potassium and antioxidants.

Raisins are made from a range of grape varieties. They are dried naturally and are usually the largest of the three.

Currants are made from small grape varieties. They are dried naturally and are the smallest and darkest of the three.

At the end of the day, all are good choices that may even benefit your health. Which one you choose simply depends on the recipe in question and your taste preference.