Pickles add a tangy, juicy crunch to your meal and are common on sandwiches and burgers.

They’re made by submerging cucumbers in a saltwater brine, and some are fermented by Lactobacillus bacteria.

The brine makes pickles high in sodium, but they offer some vitamins, minerals, and fiber. What’s more, fermented pickles may support gut health by boosting the number of beneficial bacteria in your digestive system ().

Still, you may wonder whether pickles fit the ketogenic diet, which replaces most of your carbs with fat.

This article explains whether pickles are keto-friendly.

The keto diet severely limits your intake of fruits and certain vegetables that are high in carbs.

Notably, raw cucumbers are very low in carbs. In fact, 3/4 cup (100 grams) of sliced cucumbers contains only 2 grams of carbs. With 1 gram of fiber, this amount provides about 1 gram of net carbs ().

Net carbs refer to the number of carbs in a serving of food that your body absorbs. It’s calculated by subtracting a food’s grams of fiber and sugar alcohols from its total carbs.

However, depending on the type of pickle and the brand, the pickling process can significantly increase the number of carbs in the end product — particularly if sugar is added to the brine.

On the other hand, sweet pickles, such as candied or bread and butter varieties, are made with sugar. Thus, they tend to be higher in carbs.

Pickles are made from cucumbers, which are naturally low in carbs. However, some varieties include large amounts of added sugar, which increases their carb content.

Are pickles acceptable on the keto diet?

Whether pickles fit the keto diet depends largely on how they’re made and many you’re eating.

Keto generally allows for 20–50 grams of carbs per day. As 2/3 cup (100 grams) of sliced, sweetened pickles packs 20–32 grams of net carbs, these types may meet or exceed your daily carb allowance with just one portion ().

Alternatively, those without added sugar contribute far fewer carbs to your daily allotment.

In general, try to limit yourself to pickle products with fewer than 15 grams of carbs per 2/3 cup (100 grams).

This means that you’ll have to read food labels carefully to choose lightly sweetened varieties — or forego sweetened types altogether and only eat dill and sour pickles.

If you feel you can’t do without candied or bread and butter pickles, limit yourself to a small slice or two to ensure you don’t exceed your carb allotment.

What about their sodium and lectin contents?

The keto diet tends to increase fluid loss, so some people assume that increasing their sodium intake from foods like pickles may help retain fluid ().

However, high sodium intake is linked to negative health effects. In fact, one U.S. study tied it to a 9.5% higher risk of death from heart disease ().

Furthermore, eating too many salty foods on the keto diet may displace various healthy foods, such as nuts, seeds, fruits, vegetables, and whole grains.

Some people also argue that pickles aren’t keto-friendly due to their lectin content.

Lectins are plant proteins that many people avoid on keto due to claims that they hamper weight loss. However, these claims aren’t backed by scientific evidence.

Even so, if you choose to eat pickles on this diet, you should do so in moderation.

Making pickles at home is another great option if you want to closely monitor your sodium and carb intake.

Pickles can be keto-friendly as long as they don’t contain added sugar. In general, you should select dill or sour pickles but avoid sweet, candied, and bread and butter ones.

How to make keto-friendly pickles at home

If you’re concerned about the carb content of commercial pickles, you can make your own at home.

Here’s a recipe for keto-friendly dill pickles that are ready overnight.

You can adjust the seasonings for this recipe as you wish. For instance, if you like spicy pickles, you can add jalapeños or red pepper flakes to the pickling brine.

Homemade dill pickles make for an easy, low carb snack on the keto diet. This version is ready after sitting overnight in your fridge.

Pickles are a popular condiment or side dish due to their juicy, tangy crunch.

While varieties like sour and dill are suitable for the keto diet, types with added sugar — such as sweet, candied, and bread and butter — aren’t.

To be on the safe side, you can check the ingredient list to see if yours contain sugar. You can also make your own keto-friendly pickles at home. 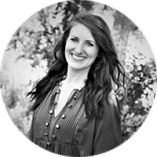