Are Pesticides in Foods Harming Your Health?

Many people worry about pesticides in foods.

Pesticides are used to reduce damage to crops from weeds, rodents, insects and germs. This increases the yield of fruits, vegetables and other crops.

This article focuses on pesticide residues, or the pesticides found on the surface of fruits and vegetables when they are purchased as groceries.

It explores the most common types of pesticides used in modern farming and whether their residues affect human health.

In the broadest sense, pesticides are chemicals used to control any organism that might invade or damage crops, food stores or homes.

Because there are many kinds of potential pests, there are several kinds of pesticides. The following are some examples:

Developments in agricultural practices, including pesticides, have increased crop yields in modern farming by two to eight times since the 1940s (1).

For many years, the use of pesticides was largely unregulated. However, the impact of pesticides on the environment and human health has been under greater scrutiny since the publication of Silent Spring by Rachel Carson in 1962.

Today, pesticides are under much greater scrutiny from governmental and non-governmental organizations.

The ideal pesticide would destroy its target pest without causing any adverse effects to humans, non-target plants, animals and the environment.

The most commonly used pesticides come close to that ideal standard. However, they are not perfect, and their use does have health and environmental effects.

Summary: Pesticides aim to destroy pests without negatively affecting humans and the environment. Pesticides have gotten better over time, but none are perfect at providing pest control without side effects.

Pesticides may be synthetic, meaning they're created in industrial labs, or organic.

Organic pesticides, or biopesticides, are naturally occurring chemicals, but they may be reproduced in labs for use in organic farming.

Synthetic pesticides are designed to be stable, have a good shelf life and be easy to distribute.

They are also designed to be effective at targeting pests and have low toxicity to non-target animals and the environment.

Classes of synthetic pesticides include the following (2):

Organic farming makes use of biopesticides, or naturally occurring pesticide chemicals that have evolved in plants.

There are too many types to outline here, but the EPA has published a list of registered biopesticides.

Also, the US Department of Agriculture maintains a national list of approved synthetic and restricted organic pesticides.

Here are a few examples of important organic pesticides:

This list is not comprehensive, but it illustrates two important concepts.

First, "organic" does not mean "pesticide-free." Rather, it refers to specialized kinds of pesticides that occur in nature and are used instead of synthetic pesticides.

Second, "natural" does not mean "non-toxic." Organic pesticides can also be harmful to your health and the environment.

How Are Pesticide Levels in Foods Regulated?

Multiple kinds of studies are used to understand what levels of pesticides are harmful.

Some examples include measuring levels in people who were accidentally exposed to too much pesticide, animal testing and studying the long-term health of people who use pesticides in their jobs.

This information is combined to create limits of safe exposures.

Organizations like the World Health Organization, European Food Safety Authority, US Department of Agriculture and US Food and Drug Administration use this information to create a threshold for exposure that is considered safe.

To do this, they add an extra cushion of safety by setting thresholds 100–1,000 times lower than the LOAEL or NOAEL ().

By being very cautious, regulatory requirements on pesticide use keep the amounts of pesticides on foods well below harmful levels.

Summary: Several regulatory organizations establish safety limits for pesticides in the food supply. These limits are very conservative, restricting pesticides to many times lower than the lowest dose known to cause harm.

How Reliable Are the Safety Limits?

One criticism of pesticide safety limits is that some pesticides — synthetic and organic — contain heavy metals like copper, which build up in the body over time.

However, a study of soil in India found that pesticide use did not result in higher levels of heavy metals than those found in pesticide-free soil (5).

Another criticism is that some of the more subtle, chronic health effects of pesticides may not be detectable by the types of studies used to establish safe limits.

For this reason, ongoing monitoring of health outcomes in groups with unusually high exposures is important to help refine regulations.

Violations of these safety thresholds are uncommon. A US study found pesticide levels above regulated thresholds in 9 out of 2,344 domestic and 26 out of 4,890 imported produce samples (6).

Furthermore, a European study found pesticide levels above their regulatory threshold in 4% of 40,600 foods across 17 countries (6).

Luckily, even when levels exceed regulatory thresholds, it rarely results in harm (6, ).

A review of decades of data in the US found outbreaks of illness resulting from pesticides in food were not caused by the routine use of pesticides, but rather rare accidents in which individual farmers applied a pesticide incorrectly ().

Summary: Pesticide levels in produce rarely exceed safety thresholds and usually do not cause harm when they do. Most pesticide-related illness is the result of accidental overuse or occupational exposure.

What Are the Health Effects of High Pesticide Exposure?

Both synthetic and organic biopesticides have harmful health effects at doses higher than those typically found in fruits and vegetables.

In this study, it was unclear whether the pesticides detected in urine were from produce or other environmental exposures, such as living near a farm.

A study of organic pesticides used in gardening found that the use of rotenone was associated with Parkinson's disease later in life (14).

Both synthetic and organic biopesticides have been associated with increased cancer rates at higher levels in lab animals (15).

However, no increased cancer risk has been linked to the small amounts of pesticides in produce.

One review of many studies concluded that the odds of developing cancer from the amount of pesticides eaten in an average lifetime are less than one in a million ().

Summary: Higher accidental or occupational pesticide exposure is associated with some cancers and neurodevelopmental diseases. However, the low levels of pesticides found in foods are unlikely to cause harm.

How Much Pesticide Is on Food?

A comprehensive review of pesticides in food is available from the World Health Organization (17).

One study showed 3% of Polish apples contained pesticide levels above the legal safety limit for pesticides on food ().

However, the levels were not high enough to cause harm, even in children.

The levels of pesticides on produce can be reduced by washing, cooking and food processing ().

One review study found that pesticide levels were reduced by 10–80% by a variety of cooking and food processing methods ().

In particular, washing with tap water (even without special soaps or detergents) reduces pesticide levels by 60–70% ().

Summary: Pesticide levels in conventional produce are almost always below their safety limits. They can be reduced further by rinsing and cooking food.

Are There Fewer Pesticides in Organic Foods?

One study in over 4,400 adults showed those reporting at least moderate use of organic produce had lower synthetic pesticide levels in their urine ().

These organic pesticides also have negative environmental effects, which, in some cases, are worse than synthetic alternatives ().

Some people argue that synthetic pesticides may be more harmful over time because they are designed to have a greater shelf life and may last longer in the body and environment.

This is sometimes true. Nevertheless, there are multiple examples of organic pesticides that persist as long or longer than the average synthetic pesticide (26).

An opposing viewpoint is that organic biopesticides are usually less effective than synthetic pesticides, causing farmers to use them more often and at higher doses.

In fact, in one study, while synthetic pesticides exceeded safety thresholds in 4% or less of produce, rotenone and copper levels were consistently above their safety limits (6, 24).

Overall, the potential harm from synthetic and organic biopesticides depends on the specific pesticide and the dose. However, both types of pesticides are unlikely to cause health problems at the low levels found on produce.

Are There Fewer Pesticides in Genetically Modified Organisms (GMOs)?

GMOs are crops that have had genes added to them to enhance their growth, versatility or natural pest resistance (27).

Historically, wild plants were bred to have better characteristics for farming by selectively planting only the most ideal plants available.

This form of genetic selection has been used in every plant and animal in our world's food supply.

With breeding, changes are made gradually over many generations, and exactly why a plant becomes more resilient is a mystery. While a plant is selected for a certain trait, the genetic change that caused this trait is not visible to the breeders.

GMOs accelerate this process by using scientific techniques to give the target plant a specific genetic trait. The expected result is known in advance, as in the modification of corn to produce the insecticide Bt toxin ().

This probably doesn't benefit people eating produce, since the risk of pesticides on food is already extremely low. Yet, GMOs may reduce the harmful environmental and occupational health effects of both synthetic and organic biopesticides.

Multiple comprehensive reviews of both human and animal studies conclude there is no evidence that GMOs are harmful to health (, 30, 31, 32).

Some concern has been raised that GMOs that are resistant to glyphosate (Roundup) encourage the use of this herbicide in higher levels.

While one study suggested that high levels of glyphosate can promote cancer in lab animals, these levels were far higher than those consumed in GMO produce and even those of occupational or environmental exposures ().

A review of multiple studies concluded realistic doses of glyphosate are safe ().

Summary: GMOs require fewer pesticides. This reduces the risk of pesticide damage to farmers, harvesters and people living near farms. A large number of studies consistently demonstrate that GMOs are safe.

Should You Avoid Foods Using Pesticides?

There is overwhelming scientific evidence that eating lots of fruits and vegetables has many, many health benefits (34).

This is true regardless of whether the produce is organic or conventionally grown and whether it's genetically modified or not (, ).

Some people may choose to avoid pesticides due to environmental or occupational health concerns. But keep in mind that organic does not mean pesticide-free.

Eating locally grown foods might have benefits for the environment, but it depends on the practices of the individual farm. If you shop at local farms, consider asking them about their pest control methods (26).

Summary: The low levels of pesticides found in produce are safe. Buying local produce may or may not reduce these risks, depending on individual farming practices.

Pesticides are used in almost all modern food production to improve crop yields by controlling weeds, insects and other threats to produce.

Both synthetic and organic biopesticides have potential health effects.

However, the levels of both synthetic pesticides and organic biopesticides in produce are many times below the lowest levels known to cause harm to animals or humans.

What's more, the many health benefits of eating more fruits and vegetables are very clear and consistent across hundreds of studies.

Use common sense habits, such as rinsing produce before use, but don't worry about pesticides in food. 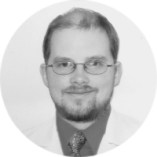