Why Molybdenum Is an Essential Nutrient

You may not have heard of the trace mineral molybdenum, but it is essential to your health.

Though your body only needs tiny amounts, it's a key component of many vital functions. Without it, deadly sulfites and toxins would build up in your body.

Molybdenum is widely available in the diet, but supplements are still popular. As with many supplements, high doses can be problematic.

This article covers everything you need to know about this little-known mineral.

Molybdenum is an essential mineral in the body, just like iron and magnesium.

It is present in soil and transferred into your diet when you consume plants, as well as animals that feed on those plants.

There is very little data on the specific molybdenum content of certain foods, as it depends on the content of the soil.

Although amounts vary, the richest sources are usually beans, lentils, grains and organ meats, particularly liver and kidney. Poorer sources include other animal products, fruits and many vegetables (1).

Studies have shown that your body doesn't absorb it well from certain foods, particularly soy products. However, this is not considered a problem since other foods are so rich in it ().

Since your body only needs it in trace amounts and it's abundant in many foods, molybdenum deficiency is rare. For this reason, people don't usually need supplements, unless for some specific medical reasons.

Summary: Molybdenum is found in many foods, such as legumes, grains and organ meats. Your body only requires it in trace amounts, so deficiency is extremely rare.

It Acts as a Cofactor for Important Enzymes

Molybdenum is vital for many processes in your body.

Once you eat it, it is absorbed into your blood from your stomach and gut, then carried to your liver, kidneys and other areas.

Some of this mineral is stored in the liver and kidneys, but most of it is converted into a molybdenum cofactor. Any excess molybdenum is then passed in urine ().

The molybdenum cofactor activates four essential enzymes, which are biological molecules that drive chemical reactions in the body. Below are the four enzymes:

Molybdenum's role in breaking down sulfites is especially important.

Sulfites are found naturally in foods and also sometimes added as a preservative. If they build up in the body, they can trigger an allergic reaction that can include diarrhea, skin problems or even breathing difficulties ().

Summary: Molybdenum acts as a cofactor for four enzymes. These enzymes are involved in processing sulfites and breaking down waste products and toxins in the body.

Although supplements are widely available, molybdenum deficiency is very rare in healthy people.

This exceeds the Recommended Dietary Allowance (RDA) for adults, which is 45 micrograms per day ().

Information on molybdenum intake in other countries varies, but it's usually well above requirements ().

There have been a few exceptional cases of molybdenum deficiency, which have been linked to adverse health conditions.

In one situation, a hospital patient was receiving artificial nutrition through a tube and not given any molybdenum. This resulted in severe symptoms, including fast heart rate and breathing, vomiting, disorientation and eventually coma ().

Long-term molybdenum deficiency has been observed in some populations and linked to an increased risk of esophageal cancer.

In one small region of China, esophageal cancer is 100 times more common than in the US. It has been discovered that the soil in this area contains very low levels of molybdenum, resulting in a long-term low dietary intake ().

Furthermore, in other areas that have a high risk of esophageal cancer, such as parts of northern Iran and South Africa, molybdenum levels in hair and nail samples have been found to be low (, ).

It is important to note that these are cases in individual populations, and deficiency is not an issue for most people.

Summary: In a few cases, low molybdenum content in the soil has been linked to esophageal cancer. However, since the average daily intake of molybdenum in the US exceeds the RDA, deficiency is extremely rare.

Therefore, they are unable to activate the four important enzymes mentioned above.

It's caused by a recessive, hereditary gene mutation, so a child would have to inherit the affected gene from both parents to develop it.

Babies with this condition appear normal at birth, but become unwell within a week, experiencing seizures that don't improve with treatment.

Toxic levels of sulfite accumulate in their blood, since they are unable to convert it to sulfate. This leads to brain abnormalities and severe developmental delays.

Sadly, babies who are affected do not survive past early childhood.

Fortunately, this condition is extremely rare. Prior to 2010, there were only about 100 reported cases globally (, 17).

Too Much Can Cause Serious Side Effects

As with most vitamins and minerals, there is no advantage to taking more than the recommended amount of molybdenum.

In fact, doing so can harm your health.

The tolerable upper intake level (UL) is the highest daily intake of a nutrient that is unlikely to cause harm for almost all people. It is not recommended to regularly exceed it.

Molybdenum toxicity is rare and studies in humans are limited. However, in animals, very high levels have been linked to reduced growth, kidney failure, infertility and diarrhea ().

On rare occasions, molybdenum supplements have caused serious side effects in humans, even when the doses were well within the UL.

In one case, a man consumed 300–800 mcg per day over 18 days. He developed seizures, hallucinations and permanent brain damage ().

High molybdenum intake has also been linked to a number of other conditions.

Too much molybdenum can cause a buildup of uric acid due to the action of the enzyme xanthine oxidase.

Gout occurs when there are high levels of uric acid in the blood, which causes tiny crystals to form around the joints, leading to pain and swelling.

Studies have shown that a high intake of molybdenum could possibly cause decreased bone growth and bone mineral density (BMD).

Currently, there are no controlled studies in humans. However, an observational study of 1,496 people found interesting results.

It found that as molybdenum intake levels increased, lumbar spine BMD appeared to decrease in women over the age of 50 ().

Controlled studies in animals have supported these findings.

In one study, rats were fed high amounts of molybdenum. As their intake increased, their bone growth decreased ().

In a similar study in ducks, high intakes of molybdenum were associated with damage to their foot bones ().

Research has also shown an association between high molybdenum intake and reproductive difficulties.

An observational study including 219 men recruited through fertility clinics showed a significant relationship between increased molybdenum in the blood and decreased sperm count and quality ().

Controlled studies in animals have also supported this link.

In rats, high intakes have been linked to decreased fertility, growth failure of offspring and sperm abnormalities (, , ).

Although the studies raise many questions, more research is needed.

Summary: In rare cases, high intakes of molybdenum have been linked to seizures and brain damage. Initial studies have also suggested an association with gout, poor bone health and decreased fertility.

Molybdenum Can Be Used as a Treatment for Some Diseases

In certain situations, molybdenum can help reduce the levels of copper in the body. This process is being investigated as a treatment for some chronic diseases.

Excess dietary molybdenum has been shown to result in copper deficiency in ruminant animals, such as cows and sheep.

Due to the specific anatomy of ruminants, molybdenum and sulfur combine in them to form compounds called thiomolybdates. These prevent the ruminants from absorbing copper.

This is not thought to be a nutritional concern for humans, since the human digestive system is different.

However, the same chemical reaction has been used to develop a compound called tetrathiomolybdate (TM).

TM has the ability to reduce copper levels and is being researched as a potential treatment for Wilson's disease, cancer and multiple sclerosis (, , , , , ).

Summary: The product of a chemical reaction between molybdenum and sulfur has been shown to reduce copper levels, and is being researched as a treatment for chronic diseases like cancer and multiple sclerosis.

How Much Do You Need?

It is clear that both too much and too little molybdenum can be extremely problematic.

So how much do you actually need?

It is hard to measure molybdenum in the body, since blood and urine levels don't necessarily reflect status.

For this reason, data from controlled studies has been used to estimate requirements.

Here are the RDAs for molybdenum for different populations (1):

Pregnant or breastfeeding women of any age: 50 mcg per day.

Summary: Controlled studies have been used to estimate RDAs for molybdenum for adults and children, as well as women who are pregnant or breastfeeding.

Molybdenum is an essential mineral found in high concentrations in legumes, grains and organ meats.

It activates enzymes that help break down harmful sulfites and prevent toxins from building up in the body.

Situations in which people get too much or too little of the mineral are extremely rare, but both have been linked to serious adverse effects.

Since molybdenum is found in many common foods, the average daily intake exceeds requirements. For this reason, most people should avoid supplementing with it.

As long as you eat a healthy diet with a variety of whole foods, then molybdenum is not a nutrient to be concerned about. 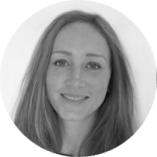