5 Signs and Symptoms of Lactose Intolerance

Lactose is a type of sugar found naturally in the milk of most mammals.

Lactose intolerance is a condition characterized by symptoms such as stomach pain, bloating, gas and diarrhea, which are caused by lactose malabsorption.

In humans, an enzyme known as lactase is responsible for breaking down lactose for digestion. This is particularly important in infants, who need lactase to digest breast milk.

However, as children grow older, they generally produce less and less lactase.

By adulthood, up to 70% of people no longer produce enough lactase to properly digest the lactose in milk, leading to symptoms when they consume dairy. This is particularly common for people of non-European descent.

Some people may also develop lactose intolerance after surgery or due to gastrointestinal diseases such as viral or bacterial infections.

Here are the 5 most common signs and symptoms of lactose intolerance.

Stomach pain and bloating are common symptoms of lactose intolerance in both children and adults.

When the body is unable to break down lactose, it passes through the gut until it reaches the colon (1).

Carbohydrates such as lactose cannot be absorbed by the cells lining the colon, but they can be fermented and broken down by the naturally occurring bacteria that live there, known as the microflora ().

This fermentation causes the release of short-chain fatty acids, as well as the gases hydrogen, methane and carbon dioxide (1).

The resulting increase in acids and gases can lead to stomach pain and cramps. The pain is usually located around the navel and in the lower half of the tummy.

The sensation of bloating is caused by an increase of water and gas in the colon, which causes the gut wall to stretch, also known as distention ().

Interestingly, the amount of bloating and pain is not related to the amount of lactose ingested, but to the sensitivity of the individual to feelings of distention. Therefore, the frequency and severity of symptoms can vary significantly between individuals (, ).

Finally, the bloating, distension and pain may result in nausea or even vomiting in some people. This is rare but has been observed in some cases, including in children (, ).

It’s important to note that stomach pain and bloating are common symptoms that could result from other causes, such as overeating, other kinds of malabsorption, infections, medications and other illnesses.

Summary Stomach pain and bloating are common with lactose intolerance. They are caused when bacteria in the colon ferment lactose that the body has left undigested, resulting in excess gas and water. Pain is most often situated around the navel and lower tummy.

Diarrhea is defined as increased stool frequency, liquidity or volume. Officially, passing more than 7 ounces (200 grams) of stool in a 24-hour period is classified as diarrhea ().

Lactose intolerance causes diarrhea by increasing the volume of water in the colon, which increases the volume and liquid content of the stool. It is more common in babies and young children than in adults (1, 7).

In the colon, microflora ferment lactose to short-chain fatty acids and gases. Most, but not all, of these acids are absorbed back into the colon. The leftover acids and lactose increase the amount of water that the body releases into the colon (1, ).

Generally, more than 1.6 ounces (45 grams) of carbohydrates must be present in the colon to cause diarrhea. For lactose, this is the equivalent of drinking 3–4 cups (about 750 ml to 1 liter) of milk, assuming none of the lactose is digested before reaching the colon ().

However, not all carbohydrates that cause diarrhea come from lactose. In fact, 2–20% of any carbohydrates consumed will reach the colon undigested in healthy people ().

Finally, there are many other causes of diarrhea apart from lactose intolerance. These include diet, other kinds of malabsorption, medications, infections and inflammatory bowel diseases ().

Summary Lactose intolerance can cause diarrhea, or an increase in the frequency, liquidity or volume of stool. It occurs when undigested lactose ferments in the colon, producing short-chain fatty acids that increase the amount of water in the gut.

The fermentation of lactose in the colon increases the production of the gases hydrogen, methane and carbon dioxide (1, 8).

In fact, in people with lactose intolerance, the colon microflora become very good at fermenting lactose into acids and gases. This results in more lactose being fermented in the colon, which further increases flatulence ().

The amount of gas produced can differ enormously from person to person due to differences in the efficiency of the microflora, as well as the rate of gas reabsorption by the colon ().

Interestingly, gases produced from lactose fermentation have no odor. In fact, the odor of flatulence comes from the breakdown of proteins in the gut, not carbohydrates ().

It can be another indication of lactose intolerance, though it’s a much rarer symptom than diarrhea.

As bacteria in the colon ferment undigested lactose, they produce methane gas. Methane is thought to slow down the time it takes food to move through the gut, leading to constipation in some people (1).

Thus far, the constipating effects of methane have only been studied in people with irritable bowel syndrome and bacterial overgrowth. Therefore, constipation is not commonly associated with lactose intolerance, though it has been reported as a symptom (1, , , ).

Other causes of constipation include dehydration, a lack of fiber in the diet, certain medications, irritable bowel syndrome, diabetes, hypothyroidism, Parkinson's disease and hemorrhoids ().

While the primary recognized symptoms of lactose intolerance are gastrointestinal in nature, some case studies have reported other symptoms, including (, , 14):

However, these symptoms have not been established as true symptoms of lactose intolerance and may have other causes (8, ).

Additionally, some people with a milk allergy may mistakenly attribute their symptoms to lactose intolerance.

In fact, up to 5% of people have a cow's milk allergy, and it’s more common in children ().

A milk allergy and lactose intolerance aren’t related. However, they do commonly occur together, which can make it harder to identify the causes of symptoms (17).

Symptoms of a milk allergy include ():

Unlike lactose intolerance, a milk allergy can be life threatening, so it is important to get an accurate diagnosis of symptoms, particularly in children.

Summary Other reported symptoms include headaches, fatigue, eczema, and muscle and joint pain, but these have not been confirmed as true symptoms. It is important not to confuse lactose intolerance with a milk allergy, which can be fatal.

What to Do If You Have Symptoms

Because the symptoms of lactose intolerance are rather general, it is important to get an accurate diagnosis before removing dairy from your diet (18).

In fact, many people who think they have lactose intolerance because they’ve experienced the symptoms have been shown to absorb lactose normally.

Health care providers often diagnose lactose intolerance using the hydrogen breath test. This involves ingesting 1.8 ounces (50 grams) of lactose and testing for elevated levels of hydrogen in the breath, which are caused by bacteria fermenting lactose in the colon (1, 18).

Interestingly, up to 20% of people with lactose malabsorption will not test positive, and some people who test positive will have no symptoms at all (1, 8).

This is because not all people with malabsorption have lactose intolerance.

Lactose intolerance is defined by the presence of reported symptoms, and that depends on how sensitive a person is to the effects of malabsorption, as well as the amount of lactose in their diet ().

Additionally, people often tolerate fermented milk products such as cheese and yogurt better, so these foods may help people meet their calcium needs without causing symptoms (1, ).

Summary If you have symptoms of lactose intolerance, your doctor may determine your diagnosis by having you perform a hydrogen breath test. Treatment usually involves avoiding high-lactose foods like milk, though you may still tolerate small amounts.

Lactose intolerance is very common, affecting up to 70% of people worldwide.

There have been reports of other symptoms, such as headaches, fatigue and eczema, but these are rarer and not well established. Sometimes people mistakenly attribute symptoms of a milk allergy, such as eczema, to lactose intolerance.

If you have symptoms of lactose intolerance, a hydrogen breath test may help determine whether you have lactose malabsorption or your symptoms are caused by something else.

Treatment involves reducing or removing sources of lactose from your diet, including milk, cream and ice cream. However, many people with lactose intolerance can drink up to 1 cup (240 ml) of milk without experiencing symptoms.

The severity of symptoms differs from person to person, so it’s important to find out what amount of dairy works for you. 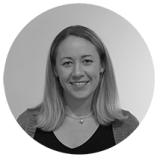