What Is Lab Milk? Benefits and Drawbacks 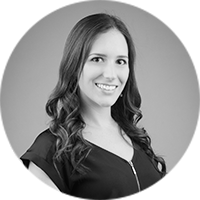 People have relied on cows, buffalo, and other animals to produce milk for thousands of years (1).

However, thanks to technological advancements, certain companies have begun making dairy milk in laboratories.

You may wonder how this is possible, and whether lab milk comes close to the flavor and nutrition of dairy milk from animals.

This article explains everything you need to know about lab milk, including its benefits and drawbacks.

Lab milk is a type of cow’s milk that doesn’t require any animals, feedlots, or farmland. Instead, it’s concocted inside laboratories. It’s currently in development and expected to be mass-produced within the next few years.

Unlike plant-based milks, which have a different flavor and nutritional composition, lab milk is said to be identical to cow’s milk in both nutrients and taste.

It’s based on the same premise as lab-grown meat, which utilizes tissue grown from harvested animal cells without slaughtering living animals.

However, lab milk isn’t made from animal cells. Rather, it comes from modified yeast.

How is it made?

Replicating milk’s proteins is a key element in lab-made dairy products. This process relies on fermentation.

Companies like Perfect Day, which is one of the pioneers of lab milk, utilize Trichoderma reesei yeast to convert plant sugar into whey and casein, two of milk’s main proteins. This process is similar to how other yeasts ferment sugar into alcohol or leavened bread (, 3).

To do so, companies genetically modify the yeast and insert milk protein genes into its DNA. Perfect Day calls their final product flora-made protein — though other companies may use bacteria, fungi, or other microflora instead of yeast (3).

The protein is then separated from the yeast and the remaining sugar. Next, it’s filtered and dried to make a powder.

Later on, this protein powder is mixed with water, vitamins, minerals, and plant-based fats and sugars using the nutrient proportions in cow’s milk.

Note that while the yeast is a genetically modified organism (GMO), the final product may be considered non-GMO because the protein is separated from the yeast during filtration (4).

Lab milk is a laboratory-concocted version of cow’s milk that combines yeast-fermented protein with water, micronutrients, and plant-based fats and sugars. Its manufacturing process is entirely animal-free.

How does it compare with other types of milk?

Until recently, milk alternatives have been completely plant-based. These include almond, rice, coconut, and soy milk.

Their nutrients vary significantly between each type — and even more so compared with cow’s milk.

For example, 1 cup (240 mL) of whole cow’s milk packs 7 grams of protein, 8 grams of fat, and 12 grams of carbs, while the same amount of unsweetened almond milk barely contains 3 grams of fat and 2 grams each of protein and carbs (, ).

While fat and carb contents may differ among plant milks, all except soy milk are lacking in protein. Further, many plant milks lack calcium and vitamin D unless the manufacturer adds these nutrients ().

Keep in mind that specific nutrient information is unavailable since the product is still in development.

Lab milk is meant to be nutritionally identical to cow’s milk, down to its high quality protein. Thus, it may supply more nutrients than most milk alternatives, though specific nutrient information is not yet available.

Lab milk may be a good choice for people with lactose intolerance, as well as those with ethical or environmental concerns about standard dairy milk.

Lactose is a sugar found only in milk from mammals. Your body needs a specific enzyme called lactase to digest it, but some people stop producing lactase as they age and thus become lactose intolerant. Some ethnic groups produce less lactase ().

If someone with this condition ingests dairy, they may experience abdominal pain, bloating, diarrhea, and gas ().

Therefore, much like plant milks, lab milk is suitable for people with lactose intolerance.

Nonetheless, since it contains casein, it’s likely unsafe for people with an allergy to cow’s milk protein (3).

The dairy industry is not only resource intensive but also a major source of greenhouse gas (GHG) emissions — namely carbon dioxide, methane, and nitrous oxide — which significantly contribute to climate change (1, ).

GHG emissions from cattle represent 65% of livestock emissions worldwide, of which milk production comprises about 20% (11).

These environmental and ethical factors continue to influence global dairy consumption, as some people prefer to reduce their intake or avoid dairy altogether (, ).

Because it eliminates cows from the equation, lab milk is considered environmentally friendly and vegan. Compared with dairy production, lab milk production has a far smaller carbon footprint, lower pollution levels, and no animal welfare concerns.

That said, some people may contest this product’s vegan status because it uses genes from milk protein in the manufacturing process.

The FDA recognizes flora-made protein as safe, given the long history of use of Trichoderma reesei yeasts in food production ().

All the same, since flora-made proteins are identical to cow’s milk proteins, people who are allergic to cow’s milk may also experience allergic reactions to lab milk — even though it doesn’t come from a cow ().

Some of lab milk’s other ingredients, such as plant-based fats and sugars, may come with certain downsides — but more will be known once this product is widely available.

Its price point compared with cow’s milk and plant milks is likewise not yet known.

Lab milk requires allergen labeling due to the presence of proteins derived from dairy milk. What’s more, its plant sugars and fats may have drawbacks, though specific ingredient information isn’t yet available.

Lab milk is a laboratory-derived drink that uses yeast-fermented whey and casein — two of milk’s main proteins — to create a product that closely resembles cow’s milk without any of the animals, feedlots, or greenhouse gases entailed with conventional dairy production.

Lab milk is expected to be mass-produced and available in stores within a few years.