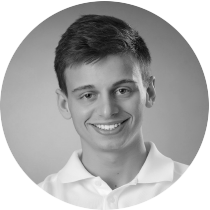 Kava, also often called kava kava, is a member of the nightshade family of plants and native to the South Pacific islands (1).

Pacific Islanders have used it for hundreds of years as a ceremonial drink to promote a state of relaxation.

More recently, kava has received widespread attention for its relaxing and stress-reducing properties.

However, it has been linked with several health concerns, raising questions about its safety (1).

This article explains everything you need to know about the benefits and dangers of kava.

Kava is a tropical evergreen shrub with heart-shaped leaves and woody stems. Its scientific name is Piper methysticum.

Pacific cultures traditionally use the kava drink during rituals and social gatherings. To make it, people first grind its roots into a paste.

This grinding was traditionally performed by chewing the roots and spitting them out, but now it’s typically done by hand ().

The paste is then mixed with water, strained and consumed.

Its active ingredients are called kavalactones, which account for 3–20% of the dry weight of the root of the plant (3).

Studies suggest kavalactones may have the following effects on the body:

Most of the research to date has focused on kava’s potential to reduce anxiety.

It is largely unknown how kavalactones produce these effects, but they appear to work by affecting neurotransmitters in the brain. Neurotransmitters are chemicals that nerves release to communicate with each other.

One of these neurotransmitters is gamma-aminobutyric acid (GABA), which decreases the activity of nerves (, ).

Summary The roots of the kava plant contain compounds called kavalactones. These compounds are responsible for many of kava’s beneficial effects.

Anxiety disorders are among the most common psychiatric disorders today. They are commonly treated with talk therapy, medications or both (12, ).

Many types of medications are available, but they may come with unwanted side effects and can be habit-forming ().

This has increased the demand for presumably safe, natural remedies like kava.

The first long-term study investigating the effects of kava extract in people with anxiety was published in 1997 ().

Compared to a placebo, it significantly decreased the severity of participants’ perceived anxiety.

The researchers also noted no side effects related to withdrawal or dependency, whereas these effects are common with other drugs often used to treat anxiety ().

Since this study, several other studies have demonstrated the benefits of kava on anxiety. A review of 11 of these studies concluded that kava extract is an effective treatment for anxiety ().

What’s more, another review of a specific kava extract came to a similar conclusion, reporting that it could be used as an alternative to certain anxiety drugs and other antidepressants (17).

Recent research has continued to find evidence that kava is effective for anxiety (, , ).

Summary The current research supports the use of kava for treating anxiety. It tends to be as effective as certain anxiety drugs, with no evidence of dependency.

A lack of sleep is linked to many medical issues, including high blood pressure, diabetes, depression, obesity and cancer (, , , ).

Kava is commonly used as an alternative to these sleep medications due to its calming effects.

In one study in 24 people, kava was found to reduce stress and insomnia, compared to a placebo ().

However, both the researchers and participants knew whether they were receiving kava or a placebo. This may have caused a bias that affected the outcome.

Despite these flaws, a subsequent, higher-quality study found kava to be more effective than a placebo at improving sleep quality and reducing anxiety ().

Stress-induced insomnia is common in those with anxiety. Therefore, in cases of insomnia, kava may be treating anxiety, which may then help people sleep better ().

It’s unknown how kava affects sleep in those without anxiety or stress-induced insomnia.

Additionally, it can make you drowsy but doesn’t seem to affect driving ability ().

Summary Kava is a natural alternative to prescription sleep medications. While it’s effective at treating stress-induced insomnia, its effects on otherwise healthy people are unknown.

Kava can be taken in tea, capsule, powder or liquid form.

With the exception of kava tea, these products are made from a concentrated mixture that’s prepared by extracting kavalactones from the root of the plant with ethanol or acetone (3).

Tea is the most common method of taking kava for anxiety, as it’s readily available.

It’s sold alone or alongside other herbs touted to promote relaxation and brewed using hot water.

Avoid teas that list the ingredients as “proprietary blends.” With these products, you won’t know how much kava you’re getting.

This is a liquid form of kava sold in small bottles ranging in size from 2–6 ounces (59–177 ml). You can take it with a dropper or mix it into juice or another drink to cover its whiskey-like taste.

It’s important to only take a small dose, as the kavalactones are concentrated, making kava tincture and kava liquid more potent than other forms.

Those who don’t like the taste of kava can take it in capsule form.

As with kava tea, look for products that list the kavalactone content. For example, one capsule may contain 100 mg of kava root extract that is standardized to contain 30% kavalactones.

Knowing this information will help you avoid consuming too much or too little kavalactones.

Experts recommend that your daily intake of kavalactones does not exceed 250 mg (, ).

To reach an effective dose within the range of 70–250 mg of kavalactones, you would need to take at least three capsules of this particular supplement.

Summary Kava is available in many forms. Avoid products with “proprietary blends.” Instead, look for products that tell you the kavalactone content per dose, or the percentage of kavalactones the product is standardized to contain.

While kava may be beneficial for anxiety, many people are concerned about its potential side effects.

In the early 2000s, several cases of liver toxicity were reported related to kava consumption ().

The US Food and Drug Administration later warned about the risk of liver damage associated with products containing kava ().

Its use has even been banned or restricted in many countries, including Germany, Switzerland, France, Canada and the UK.

However, the ban in Germany was later lifted due to poor evidence of related risks ().

Kava is thought to harm the liver in many ways, one of which involves how it interacts with certain drugs.

Adulteration is another reason kava products are thought to be unsafe (, ).

To save money, some companies use other parts of the kava plant, such as the leaves or stems, instead of the roots. The leaves and stems are known to harm the liver (, ).

Still, several analyses of studies on the topic have found no evidence of liver damage in people who have taken these supplements in the short term, or about 1–24 weeks (16, ).

Therefore, people without liver injuries and those who are not taking medications that affect the liver may be able to use kava safely in appropriate doses for about one to two months (3).

Summary Though kava can be used safely in the short term, it has been linked to liver problems. It’s best to consult a doctor before you start taking kava, since it may interact with certain drugs. Certain products may also be adulterated with other parts of the plant.

Kava has a long history of consumption in the South Pacific and is considered a safe and enjoyable beverage.

The roots of the plant contain compounds called kavalactones, which have been shown to help with anxiety.

Consult your doctor if you plan on taking kava, as it may interact with some medications.

Also, make sure you read the labels of the kava products you’re interested in to confirm the kavalactone content in each dose.

Lastly, check whether the kava was derived from the root, or other parts of the plant that may be more harmful to the liver.

With these cautions in mind, it’s possible for the majority of people to safely enjoy the benefits of kava.