Shrimp is one of the most commonly consumed types of shellfish.

It is quite nutritious and provides high amounts of certain nutrients, such as iodine, that aren’t abundant in many other foods.

On the other hand, some people claim that shrimp is unhealthy due to its high cholesterol content.

Additionally, it is commonly believed that farm-raised shrimp may have some negative health effects compared to wild-caught shrimp.

This article will explore the evidence to determine if shrimp is a healthy food to include in your diet.

Shrimp Is Low in Calories yet Rich in Nutrients

Shrimp has an impressive nutrition profile.

It is quite low in calories, providing only 84 calories in a 3-ounce (85-gram) serving, and does not contain any carbs. Approximately 90% of the calories in shrimp come from protein, and the rest come from fat (1).

Additionally, the same serving size provides more than 20 different vitamins and minerals, including 50% of your daily needs for selenium, a mineral that may help reduce inflammation and promote heart health (1, ).

Shrimp is also one of the best food sources of iodine, an important mineral that many people are deficient in. Iodine is required for proper thyroid function and brain health (, , ).

Shrimp is also a good source of omega-6 and omega-3 fatty acids, in addition to astaxanthin antioxidants, which may have a variety of health benefits (1, ).

Summary Shrimp is very nutritious. It is fairly low in calories and provides a high amount of protein and healthy fats, in addition to a variety of vitamins and minerals.

Shrimp Is High in Cholesterol

Shrimp often gets a bad rap for its high cholesterol content.

Many people fear foods that are high in cholesterol due to the belief that they increase the cholesterol in your blood, and thus promote heart disease.

This is because most of the cholesterol in your blood is produced by your liver, and when you eat foods high in cholesterol, your liver produces less (, ).

One study found that adults who ate 300 grams of shrimp daily increased their “good” HDL cholesterol levels by 12% and decreased their triglycerides by 13%. Both of these are important factors in reducing the risk of heart disease ().

Another study found that 356 women who consumed shellfish, including shrimp, on a regular basis had significantly lower triglycerides and blood pressure levels compared to those who did not include shellfish in their diets ().

Research has also shown that people who consume shrimp regularly do not have a higher risk of heart disease compared to those who do not eat it ().

Although more research is needed to explore shrimp’s role in heart health, it has a variety of beneficial properties that may outweigh its cholesterol content.

Summary Shrimp is high in cholesterol, but it also contains nutrients including antioxidants and omega-3 fatty acids, which have been shown to promote heart health. Research on shrimp has also shown positive health effects.

The primary type of antioxidant in shrimp is a carotenoid called astaxanthin.

Astaxanthin is a component of algae, which is consumed by shrimp. For this reason, shrimp is a major source of astaxanthin. In fact, this antioxidant is responsible for the reddish color of shrimp cells ().

When you consume astaxanthin, it may help protect against inflammation by preventing free radicals from damaging your cells. It has been studied for its role in reducing the risk of several chronic diseases (, ).

First, many studies have found astaxanthin may help strengthen arteries, which may reduce the risk of heart attacks. It may also help increase levels of “good” HDL cholesterol, an important factor in heart health (, , ).

In addition, astaxanthin may be beneficial for brain health. Its anti-inflammatory properties may prevent damage to your brain cells that often leads to memory loss and neurodegenerative diseases, such as Alzheimer’s (, ).

Despite these findings, more human research is needed to determine the overall role that the astaxanthin in shrimp may have on overall health.

Summary Shrimp contains an antioxidant called astaxanthin, which has been studied for its role in promoting brain and heart health.

Antibiotic Use in Farm-Raised Shrimp

Due to the high demand for shrimp in the US, it is often imported from other countries.

More than 80% of the shrimp consumed in the US comes from abroad, from countries such as Thailand, India and Indonesia (22).

Although this helps increase access to shrimp, most imported shrimp is farm-raised, which means it is grown in industrial tanks that are submerged in bodies of water (23).

Farm-raised seafood from other countries is frequently treated with antibiotics due to its high susceptibility to disease. However, the US does not permit the use of antibiotics in shrimp and other shellfish (23, 24).

For this reason, it is illegal to import shrimp that contains antibiotics. The US Food and Drug Administration (FDA) is responsible for inspecting imported shrimp to ensure it doesn’t contain antibiotics (24).

However, due to the high volume of shrimp imports, the FDA is unable to regulate all of them. Because of this, farm-raised shrimp contaminated with antibiotics has the potential to enter the US food supply ().

One study that investigated the antibiotic content of US-purchased seafood found that a sample of farm-raised shrimp contained a detectable amount of sulfadimethoxine, an antibiotic not permitted for use in shrimp in the US ().

Using antibiotics in shrimp has not been confirmed to have any major adverse health effects. However, it may lead to antibiotic resistance, which can cause outbreaks of disease that do not respond to antibiotic treatment (, , , ).

If you are concerned about antibiotics in shrimp, it is best to opt for wild-caught shrimp, which is never treated with antibiotics. Additionally, you can be assured that shrimp caught and prepared in the US does not contain antibiotics.

Many People Are Allergic to Shrimp

Shellfish, including shrimp, are classified as one of the top eight food allergies in the US, along with fish, peanuts, tree nuts, wheat, milk and soy (, ).

The most common trigger of shrimp allergies is tropomyosin, a protein found in shellfish. Other proteins in shrimp that may trigger an allergic reaction include arginine kinase and hemocyanin ().

Symptoms of shrimp allergies vary, and may include tingling in the mouth, digestive issues, nasal congestion or skin reactions after eating it ().

Some people with shrimp allergies may have anaphylactic reactions, as well. This is a dangerous, sudden reaction that can ultimately lead to seizures, unconsciousness and even death if it is not treated immediately ().

If you’re allergic to shrimp, the only way to prevent allergic reactions is to completely avoid eating it.

In some instances, even the vapors from cooking shrimp can trigger a reaction. Thus, those with shrimp allergies must also avoid situations in which they may come into contact with it indirectly ().

Summary Shrimp contains a protein called tropomyosin, which triggers a serious allergic reaction for some people. The only treatment for a shrimp allergy is to remove shrimp from your diet completely.

How to Choose High-Quality Shrimp

It is important to choose high-quality, fresh shrimp that isn’t damaged, infected or contaminated.

When purchasing raw shrimp, make sure they’re firm. The shells should be translucent and grayish green, pinkish tan or light pink in color. Blackened edges or black spots on the shells may indicate quality loss (35).

Additionally, raw and cooked shrimp should have a mild, “ocean-like” or salty smell. Shrimp with an overwhelming “fishy” or ammonia-like odor is likely spoiled and unsafe to consume.

Also make sure your cooked shrimp is firm in texture, and white with a slight red or pink tint.

Furthermore, it is important to purchase shrimp from a knowledgeable and reputable supplier who can answer your questions about the shrimp’s country of origin and handling practices.

Summary To choose high-quality shrimp, it is important to take its odor and color into consideration. To ensure you get the best quality product, purchase it from a trusted supplier.

Shrimp may have a variety of health benefits.

It is high in several vitamins and minerals, and is a rich source of protein. Eating shrimp may also promote heart and brain health due to its content of omega-3 fatty acids and the antioxidant astaxanthin (, , , ).

Although shrimp is high in cholesterol, it has not been found to have a negative impact on heart health. Eating shrimp may actually help lower your levels of triglycerides and “bad” LDL cholesterol (, ).

Despite the health benefits of shrimp, there are some concerns about the quality of farm-raised shrimp, such as potential contamination with antibiotics.

However, there are plenty of steps you can take to ensure you're getting high-quality shrimp, such as purchasing it from reputable suppliers.

Overall, shrimp is a healthy food that can fit well into a balanced diet. 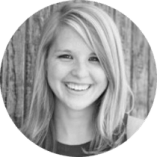