Given the gluten-free diet’s recent rise in popularity, various grains have been put under the spotlight to determine whether they contain gluten.

While the most commonly avoided gluten-containing grain is wheat, there are other grains that some people should steer clear of.

Rye is a close relative of wheat and barley and commonly used to make baked goods, certain beers and liquors, and animal feed.

This article explains whether rye is gluten-free.

Those with these disorders must avoid gluten to prevent potentially serious health complications.

Rye is closely related to wheat and barley, which are gluten-containing, and it also contains gluten.

Therefore, rye must be avoided when following a strict gluten-free diet, along with wheat, barley, and oats processed in facilities that process other grains.

Rye flour is most commonly used in a variety of baked goods, such as breads, rolls, pretzels, and even pastas.

When baking with rye flour, traditional all-purpose flour is also usually added to balance out the flavor and lighten the final product, as rye tends to be quite heavy.

Alternatively, rye berries can be cooked and eaten on their own similarly to how wheat berries are eaten. They’re slightly chewy and have a nutty flavor profile.

While rye flour is slightly lower in gluten than some other flours, it must be avoided when following a gluten-free diet ().

Rye flour is used in a variety of baked goods from breads to pastas. Due to its gluten content, it should be avoided when following a gluten-free diet.

Another category in which rye is used is alcoholic beverages.

Though most commonly used to make rye whiskey, it’s also added to some beers to impart an added layer of flavor.

Rye whiskey is almost always gluten-free, while beer is not.

This is due to the distillation process, during which the gluten is removed from the whiskey.

Despite being largely gluten-free, it cannot be labeled as such considering that it’s made from gluten-containing ingredients (3).

That said, individuals who are extremely sensitive to gluten may react to trace amounts present in the whiskey.

Therefore, it’s important to proceed with caution if you have a gluten-related disorder and would like to drink whiskey.

Rye whiskey is largely gluten-free due to the distillation process, though some individuals may react to its trace amounts of gluten. Therefore, it’s important to use caution.

Though rye contains gluten, several alternative grains can be enjoyed while avoiding gluten.

Some gluten-free grains that most closely represent the flavors of rye are amaranth, sorghum, teff, and buckwheat.

These can be purchased as whole grains or flours for baking.

Caraway seeds can be added when making bread with these flours to impart a traditional rye bread flavor.

Additionally, given the rise in the availability of gluten-free breads, some companies now produce gluten-free mock rye breads that provide a flavor similar to that of traditional loaves.

By using these tasty alternatives to rye, a gluten-free diet can be less restrictive and even quite enjoyable.

While rye contains gluten, several other grains provide a flavor profile similar to that of rye when used in baking.

Rye is a grain that’s closely related to wheat and barley. It’s known for its nutty flavor profile and most commonly used to make breads and whiskeys.

It contains a glutenous protein called secalin, making it unsuitable for those following a gluten-free diet, though most rye whiskeys are virtually gluten-free.

When following a gluten-free diet for medical purposes, rye should be avoided to prevent complications. 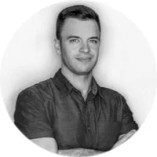