Can You Eat Popcorn on a Keto Diet?

Popcorn is a snack made from dried corn kernels that are heated to produce edible puffs.

Plain, air-popped popcorn can be a nutritious snack and is a good source of vitamins, minerals, carbs, and fiber.

However, since it contains carbs, you may wonder whether popcorn can fit into a low-carb, high-fat ketogenic diet.

This article provides an overview of popcorn’s nutrition, the ketogenic diet, and whether or not the two can coexist.

Popcorn refers to the puffs that form when corn kernels are heated, causing the water inside of them to expand and the kernels to explode.

It’s a popular snack that has been enjoyed for thousands of years and is thought to have originated in the Americas.

In fact, some studies suggest that people in Peru ate popcorn over 6,000 years ago ().

Today, people all over the world eat popcorn. It can be made on the stove, in an air popper, or your microwave. It’s also sold already popped.

Popcorn is commonly served with melted butter and salt but can be flavored with herbs, spices, cheese, chocolate, or other seasonings, too.

Popcorn is a favorite snack made from dried corn kernels that have been heated. It can be eaten plain, topped with melted butter, or tossed in seasonings.

Though most think of corn as a vegetable, popcorn is considered a whole grain.

Popcorn kernels are harvested when the corn plant is mature and all parts of the grain are intact.

This is because whole grains are rich in fiber, vitamins, minerals, and plant compounds that provide many health benefits (, 6).

Since it’s high in fiber, popcorn is very filling without having a lot of calories. It’s also rich in minerals, including magnesium, phosphorous, zinc, and manganese ().

Popcorn is a highly nutritious whole grain that’s rich in micronutrients and antioxidants. A 3-cup (24-gram) serving of popcorn packs 4 grams of fiber for less than 20 grams of carbs and only 90 calories.

The ketogenic diet recommends dramatically reducing your intake of carbs and replacing them with fat.

This leads to a metabolic state known as ketosis, during which your body uses byproducts from the breakdown of fat — called ketones — for energy in the absence of carbs (, ).

The ketogenic diet is commonly used to help children with epilepsy manage their seizures.

To achieve ketosis, you typically need to eat less than 50 grams of carbs per day — though some people may have to reduce carbs even more ().

As a result, low-carb foods like eggs, meats, fatty fish, avocados, olive oil, nuts, and seeds, as well as non-starchy vegetables like cauliflower, broccoli, and bell peppers, form the basis of a keto diet.

According to most keto experts, the carb limit refers to net carbs, which are calculated by subtracting the grams of fiber from the total grams of carbs in a serving of food ().

Based on this logic, whole grains and other fiber-rich carbs contain fewer net carbs than foods without as much fiber, such as refined grains.

The ketogenic diet involves reducing carb intake and increasing fat consumption so that your body burns fat for energy. It’s been linked to weight loss, better blood sugar control, and a reduced incidence of epileptic seizures.

Can you eat popcorn on a keto diet?

Depending on your daily carb limit, popcorn may be able to fit into a keto diet.

Popcorn can easily fit into a keto diet with a daily limit of 50 grams of net carbs and can even be included in more restrictive versions of the keto diet.

Not to mention, if you’re following a keto diet to lose weight, popcorn only has 90 calories per serving.

However, a 3-cup (24-gram) serving would take up a large part of your daily carb allotment.

If you want to enjoy popcorn on a keto diet, consider limiting other high-carb foods, so you don’t exceed your net carb limit.

Bread, chips, sweets, and other refined grains are high in carbs and contain little to no fiber. On the other hand, popcorn and other whole grains have more fiber and fewer net carbs ().

Therefore, eating popcorn instead of high-carb, low-fiber foods on a keto diet can help satisfy a desire for carbs without going overboard.

Still, it’s important to be aware of portions when eating popcorn on a keto diet since it can be easy to overconsume.

To help keep portion size in check and feel more satisfied, you can add fat from coconut oil, butter, or olive oil to popcorn. Making popcorn at home instead of buying pre-popped varieties can also help you control how much you eat and what you add to it.

To make popcorn at home, heat 1 tablespoon of coconut oil or butter in a large pot over medium-high heat and add 2 tablespoons of popcorn kernels.

Cover the pot with a lid while the kernels pop. After popping stops, remove from heat and season with oil or butter and salt.

Depending on what other carb-rich foods you eat, popcorn can fit into a keto diet. Limit high-carb foods that are low in fiber and add a healthy fat to popcorn to avoid overeating.

Popcorn is a nutritious whole-grain snack loaded with fiber.

It’s filling but low in calories and contains more nutrients and fewer net carbs than other popular snacks like chips and crackers. Overall, popcorn can be a healthy addition to a keto diet — especially if you limit other high-carb foods. 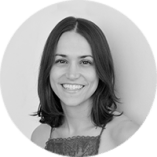