Is Moldy Food Dangerous? Not Always

Moldy food has an undesirable taste and texture and may have green or white fuzzy spots.

Just the thought of eating moldy food grosses most people out.

While some types of mold can produce harmful toxins, other types are used to produce certain foods, including some cheeses.

This article takes a close look at mold in food and whether it’s actually bad for you.

Mold is a type of fungus that forms multicellular, thread-like structures.

It’s usually visible to the human eye when it grows on food, and it changes a food’s appearance. The food may become soft and change color, while the mold itself can be fluffy, fuzzy or have a dusty texture.

It produces spores that give it its color, which is typically green, white, black or grey. Moldy food also tastes quite distinctive, a bit like wet dirt. Likewise, moldy food may smell “off.”

Even if mold is only visible on the surface, its roots may lie deep in the food. Mold needs moist, warm organic matter to grow, so food is often the perfect environment.

Thousands of different types of mold exist and are found almost everywhere in the environment. You could say that mold is nature's way of recycling.

In addition to being present in food, it can also be found indoors in moist conditions (1).

The main purpose of common food preservation techniques, like pickling, freezing and drying, is to stop the growth of mold, as well as microbes that cause food spoilage.

Summary:Mold is a type of fungus that is found everywhere in nature. It changes the appearance, taste and texture of the food it grows on, causing it to decay.

Which Foods Can Be Contaminated With Mold?

Mold can grow on almost all foods.

That said, some types of food are more prone to mold growth than others.

Fresh food with a high water content is particularly vulnerable. On the other hand, preservatives decrease the likelihood of mold growth, as well as the growth of microorganisms ().

Mold does not only grow in your food at home. It can grow during the food production process too, including throughout growing, harvesting, storage or processing ().

Common Foods That Can Grow Mold

Below are a few common foods that mold loves to grow on:

Mold can also grow on other foods, including meat, nuts, milk and processed food.

Most molds need oxygen to live, which is why they usually don’t thrive where oxygen is limited. However, mold can easily grow on food that has been packed in airtight packaging after it has been opened.

It’s not just mold that can live on and in your food. Invisible bacteria can grow along with it.

Bacteria can cause foodborne illnesses, with symptoms including nausea, diarrhea and vomiting. The severity of these illnesses depends on the type of bacteria, the amount ingested and the health of the individual (1, 6).

Summary:Mold can grow on most foods. Food that’s most likely to have mold growth tends to be fresh with a high water content. This includes fruits, vegetables, bread and cheese. Most molds need moisture, but some can thrive in foods that are dry and sugary.

What to Do If You Find Mold in Your Food

In general, if you find mold in soft food, you should discard it.

Soft food has a high moisture content, so mold can easily grow below its surface, which can be hard to detect. Bacteria can also grow along with it.

It is easier to get rid of mold on hard foods, such as hard cheese. Simply cut the moldy portion off. Generally, hard or dense food is not easily penetrated by mold.

However, if the food is completely covered with mold you should throw it away. Also, if you find mold, do not sniff it, as this may cause respiratory troubles.

Foods You Can Salvage

These food items can be used if the mold is cut off (1):

When removing mold from food, cut at least 1 inch (2.5 cm) around and below the mold. Also, be careful not to touch the mold with the knife.

Foods You Should Discard

If you find mold on these items, discard them (1):

Summary:Soft food with a high moisture content is generally more likely to have mold. You can cut mold off of hard or firm food.

Mold is not always undesirable in food.

Penicillium is a genus of molds used in the production of many types of cheese, including blue cheese, Gorgonzola, brie and Camembert (, ).

The strains used to make these cheeses are safe to eat because they cannot produce harmful mycotoxins. The conditions where they live inside the cheese are not right for the production of mycotoxins (, ).

Other safe molds are koji molds, including Aspergillus oryzae, which are used to ferment soybeans to make soy sauce. They are also used to make vinegar, as well as fermented beverages, including the Japanese drink sake ().

It’s important to note that even though some molds are added to particular foods during production to achieve certain effects, the same molds can still spoil other products.

For example, Penicillium roqueforti is used to make blue cheese, but it will cause spoilage if it grows in fresh or grated cheese ().

Summary: Food companies use particular molds to make cheese, soy sauce, vinegar and fermented beverages. These molds are safe to eat, as long as they are consumed as part of the foods they were intended for and don’t contaminate other foods.

Mold can produce toxic chemicals called mycotoxins. These can cause disease and even death, depending on the amount consumed, the length of exposure and the age and health of the individual ().

Acute toxicity includes gastrointestinal symptoms like vomiting and diarrhea, as well as acute liver disease. Long-term low levels of mycotoxins can suppress the immune system and may even cause cancer (, ).

Even though mold growth is usually quite obvious, mycotoxins themselves are invisible to the human eye (14).

One of the most common, most toxic and most studied mycotoxins is aflatoxin. It is a known carcinogen and can cause death if ingested in high amounts. Aflatoxin contamination is more common in warm regions and often linked to drought conditions ().

Aflatoxin, as well as many other mycotoxins, is very heat-stable, so it can survive food processing. Therefore, it may be present in processed food, such as peanut butter ().

Summary:Mold can produce mycotoxins that can cause disease and death. Aflatoxin, a known carcinogen, is the most toxic known mycotoxin.

Mycotoxins May Be Present in Several Foods

Mycotoxins may be found in food due to contaminated crops.

In fact, mycotoxin contamination is a common problem in the agricultural industry, as mycotoxins are produced by mold in nature. Up to 25% of the world's grain crops may be contaminated with mycotoxins ().

Several factors influence the formation of mycotoxins. For instance, droughts weaken plants, making them more susceptible to damage and infestation (, ).

Animal products, such as meat, milk and eggs, can also contain mycotoxins if the animals ate contaminated feed. Food may also become contaminated with mycotoxins during storage if the storage environment is relatively warm and moist (, ).

In a report from the European Food Safety Authority (EFSA), 26% of 40,000 samples of various food items contained mycotoxins. However, the number of samples that exceeded the safe upper limit was very low for most items (16).

The highest levels were found in pistachios and Brazil nuts.

More than 21% of the Brazil nuts and 19% of the pistachios tested exceeded the maximum safety limit and would not enter the market. In comparison, none of the baby foods and only 0.6% of corn exceeded the safety limit (16).

Since mycotoxin formation cannot be completely prevented, the food industry has established methods of monitoring it. The levels of mycotoxins in foods are strictly regulated in about 100 countries (, , ).

While you are exposed to small amounts of these toxins through your diet, the levels do not exceed the safe limits. If you are a healthy individual, they probably won’t harm you. Unfortunately, it is impossible to avoid exposure altogether.

And even though mold can produce these harmful toxins, it usually doesn’t happen until the mold reaches maturity and the conditions are right — that is, when the food is rotten. So by the time your food contains these toxins, you've probably already thrown it away (18).

Summary:Molds are naturally present in nature and may be found in several foods. Levels of mycotoxins in food are strictly regulated. Mold produces toxins once it has reached maturity, but this usually only happens after you’ve thrown it out.

Mold May Cause Allergic Reactions

Some people have a respiratory allergy to molds, and consuming moldy food might cause these people to have an allergic reaction.

Not much research exists on this topic, but there have been several case studies.

In a small number of cases, people who are allergic to mold have reported allergic symptoms after they ate Quorn. Quorn is a food product made from mycoproteins, or fungal proteins, that are derived from the mold Fusarium venenatum (, , , ).

Despite these incidents, there is no need for healthy individuals to avoid Quorn.

In another case study, a patient who was very sensitive to molds experienced a serious allergic reaction after ingesting a bee pollen supplement that was contaminated with the molds Alternaria and Cladosporium ().

In another case, a teenager allergic to mold died after consuming pancake mix that was heavily contaminated with mold ().

People who are not sensitive or allergic to mold are probably not affected if they accidentally ingest a small amount of it.

One study found that individuals who were not sensitive to mold experienced fewer symptoms than those who were sensitive to mold after they ingested a mixed mold extract preparation. However, not many studies exist on this topic, so more research is needed ().

Summary:People with respiratory allergies to mold may experience an allergic reaction after ingesting mold. More research on this topic is needed.

How Can You Prevent Food From Growing Mold?

There are several ways to prevent food from going bad due to mold growth.

Keeping your food storage areas clean is essential, as spores from moldy food can build up in the refrigerator or other common storage spaces. Proper handling is also important.

Here are some tips to prevent mold growth in food (1):

Summary:Hygiene is important to prevent mold growth. Make sure you store your perishable foods in the refrigerator and handle them properly.

Mold is found everywhere in nature. When it starts to grow on food, it causes it to decay.

Mold might produce harmful mycotoxins in all types of foods, but mycotoxin levels are tightly regulated. Exposure to small amounts likely won’t cause any harm in healthy individuals.

Also, mycotoxins only form when mold has reached maturity. By that time, you've probably thrown the food away.

That said, you should avoid moldy foods as much as possible, especially if you have a respiratory allergy to mold.

Nevertheless, accidentally ingesting it will probably not cause any harm. 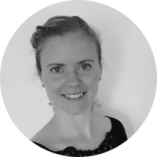