What Is Eggnog? A Holiday Drink Reviewed

Gather around the holiday hearth and you might find yourself sipping on festive eggnog — or wishing that you were.

Across the globe, making and drinking eggnog is a way to ring in winter festivities, with all its richness — and sometimes booziness.

As you make your way around the holiday party circuit, you may be wondering if eggnog is healthy or safe to drink.

This article explores eggnog, including its origin, nutritional content, and safety.

Eggnog is most commonly believed to have roots in a medieval European drink called “posset,” which was made with hot, sweetened, spiced milk that was curdled with ale or wine. Thirteenth-century monks enjoyed this mixture with the addition of eggs and figs.

In the 17th century, sherry replaced the ale or wine. Given that these ingredients — milk, eggs, and sherry — were scarce and expensive, posset became associated with celebratory toasts and later the holidays and other special occasions.

Posset eventually found its way across the Atlantic ocean and became a favorite of Colonial Americans. Rum from the Caribbean was easier to obtain and more affordable, so it became the liquor of choice for eggnog at the time.

It’s unclear at what point posset started to be called eggnog. What is clear is that some Americans loved their eggnog so much that they rioted for it. In 1826, a newly appointed colonel barred West Point cadets from consuming, purchasing, or storing alcohol.

In the days before Christmas, the cadets learned their eggnog would be alcohol-free and thus smuggled in whiskey. Intoxicated and disorderly at the holiday party, a confrontation with higher-ups became known as the Eggnog Riot and led to the expulsion of 20 cadets.

Conversely, Mexican eggnog, which is called “rompope,” is said to have originated from nuns in a convent in 17th-century Puebla. It’s thought to be an adaptation of a Spanish holiday cocktail named “ponche de huevo,” which translates to “egg punch.”

The origins of eggnog are contested but believed to be related to a medieval European drink called “posset.” It eventually made its way across the Atlantic and has popular American and Mexican adaptations.

People drink this cheery concoction to ring in the season and are drawn to its enjoyable flavors and decadent creaminess.

Distilled spirits, such as bourbon, whiskey, or brandy are often incorporated into the mix — alone or in combination.

More often than not, eggnog is served chilled but may be warmed up on especially cold nights.

The taste of eggnog may depend on where in the world you’re drinking it (3).

A traditional American recipe tastes sweet with notes of vanilla and bears a frothy and creamy texture from the eggs. More contemporary takes add warm spices like cinnamon and nutmeg.

Puerto Rican versions incorporate coconut milk or coconut juice in place of — or in addition to — heavy cream. Contemporary variations of this Puerto Rican recipe leave out the eggs altogether and call the drink “coquito.”

In Mexico, a mix of almond paste and milk replace the heavy cream. This version also includes spices like vanilla and cinnamon. It’s called “rompope.”

One common ingredient in eggnog throughout the world is alcohol. If the eggnog recipe is spiked with alcohol, the flavors described above intermingle with the aromas of those distilled spirits (3).

Eggnog is a beverage associated with the holiday season. It’s typically made with raw egg yolks and whites, as well as heavy cream, sugar, and distilled spirits. It can vary in taste — from that of warm spices to vanilla to coconut — depending on the recipe.

For example, 1 ounce (30 ml) of brandy, a popular spirit, adds 65 calories. Many recipes call for twice that amount per serving, which can bring a serving of brandy-spiked eggnog to a total of 265–330 calories ().

The ingredients in commercial eggnog can vary greatly, and as a result, so can its nutritional profile.

The Food and Drug Administration (FDA) has loose parameters around the definition of commercial eggnog. It can legally contain as little as 1% egg yolk solids and still be called eggnog. Interestingly, it must also contain at least 6% milk fat (1,).

Vegan takes on eggnog, which are sold under names like Nog Almond Milk, tend to be lower in calories. Silk Nog, which has a soy milk base, has 90 calories per 1/2-cup (120-ml) serving ().

These vegan nogs can also be made at home. Homemade versions use a plant-milk base like coconut or almond milk and blend it with cashews and warm spices.

If alcohol is used, the type of alcohol added may vary by country and recipe.

On the other hand, Peruvian renditions, add only pisco, a type of Peruvian brandy. Meanwhile, the Mexican version calls for brandy.

Therefore, the alcohol content can vary, especially in homemade recipes.

Brandy — a common choice in spiked eggnog — contains just over 9 grams of alcohol per ounce (30 ml). Many recipes call for twice this amount per serving ().

This means that one 4-ounce (120-ml) serving of eggnog spiked with 1 ounce (30 ml) of brandy is considered one full drink in the United Kingdom, but not in the United States (, , ).

Moderate drinking is defined as one standard drink per day for women and two for men ().

Eggnog is a hefty drink, especially when alcohol is added to the mix. Its alcohol content can vary depending on the type of alcohol added, as well as the amount. Vegan nogs are typically lower in calories.

Raw egg yolks and egg whites are key ingredients in traditional eggnog recipes. They thicken and emulsify the beverage.

However, raw egg products may pose a health hazard, as they could be contaminated with Salmonella. Foodborne illnesses can especially be a concern for people with compromised immune systems, such as those undergoing cancer treatment or living with HIV/AIDS (, ).

Salmonella is a family of rod-shaped bacteria. It’s a major contributor to foodborne illnesses, especially the Salmonella enteritidis and Salmonella typhimurium strains (, ).

Raw egg products are the most common culprits of foodborne illness caused by Salmonella. However, it’s worth noting that only an estimated 1 in 20,000 eggs produced per year could be contaminated in the United States ().

It’s believed that the alcohol content in eggnog can protect against these pathogens. Yet, there is not enough scientific evidence to support this ().

One very informal study conducted by two microbiologists found that the alcohol content in spiked eggnog killed off Salmonella after the beverage was aged for 3 weeks under refrigeration below 40°F (4°C).

The same effect was not observed when it was stored for less time. However, it’s worth noting that the scientists deliberately added copious amounts of the bacteria, roughly that of several contaminated eggs.

To be safe, it’s recommended to heat your eggnog before drinking it. A safe minimum cooking temperature for eggs is 140°F (60°C). Blending the egg yolks with sugar will allow you to heat this mixture to 160°F (71°C), which is thought to kill off most pathogens ().

Other options are to use pasteurized, or heat-treated, eggs — or to opt for vegan versions.

Note that store-bought versions of eggnog are pasteurized and do not require heating.

Traditional eggnog includes raw eggs, which may be contaminated with Salmonella — a common cause of foodborne illness. To be safe, warm up your homemade eggnog before drinking, use pasteurized eggs, or opt for vegan alternatives.

Eggnog is a festive holiday drink that’s enjoyed around the world. Its roots reach as far back as medieval Europe.

It’s typically made with raw egg yolks and egg whites, heavy cream, sugar, and spices. It may also have notes of vanilla, warm spices, or coconut, depending on the recipe.

Oftentimes, eggnog is spiked with distilled spirits like brandy, rum, and whiskey. These affect both its flavor and nutritional profile.

While alcohol is believed to kill off any potential pathogens in the raw eggs, there is not enough evidence to indicate that this is the case.

If foodborne illness is a particular concern of yours, consider heating your homemade eggnog mixture, using pasteurized eggs, or drinking vegan alternatives.

Whatever your choice, may you find the best way to toast in the holidays around those you cherish. 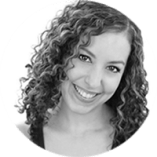